For the hundreds of dogs that have made their home on Playa Lucía, in Puerto Rico’s southwest corner, life has already been a struggle.

The dogs have been abandoned there by humans who did not want them, and many show signs of neglect and abuse, the Washington Post reports. The beach has been known for the stray dogs, called “satos,” for long enough to earn its own nickname, “Dead Dog Beach.”

As if the struggle to survive as outcasts wasn’t enough, Hurricane Maria brought further troubles to the dogs. Rescue organizations like the Sato Project have successfully vaccinated, neutered and microchipped a number of the animals, and they were ready to take on more responsibilities after the storm, but what rescuers found when they returned to Puerto Rico couldn’t have been more disheartening.

“Everything we own is gone,” the Sato Project’s Christina Beckles told The Washington Post in an email. “All of our Sato Project inventory is gone — microchips, food, leashes, harnesses, transport equipment and supplies. The water is now rising (and we do not know why) and sewage is now flowing out through the toilets. Mold has started to grow.” 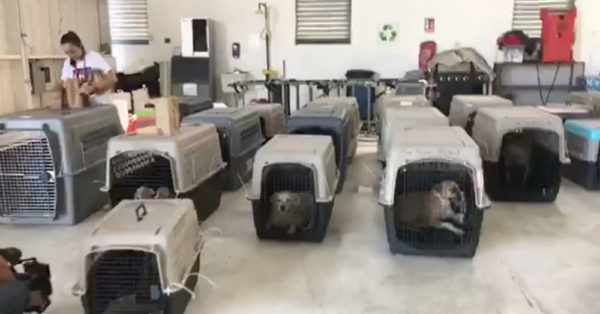 Several dozen dogs were airlifted to safety before the storm by Flights to Freedom, and other animal rescue organizations have been working to provide much-needed supplies for rapidly overcrowding shelters. 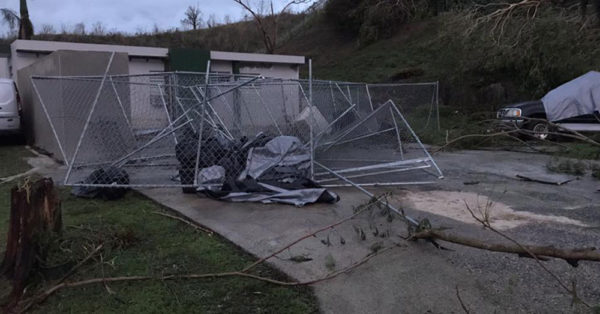 When Beckles returned to help, however, it was hard to see how to do it.

“All we wanted to do was go to the beach to look for our feral dogs,” she posted on the Sato Project Facebook page. “Sadly we did not find them, and our hearts are heavy with the reality upon seeing the utter devastation at the beach — they did not survive…”

The Sato Project, and countless others, are still working diligently to aid humans and animals alike in Puerto Rico, and they’re celebrating each rescue.

Most of the island has been without power since September 20, and many residents may not see the lights turn back on for months. At least a dozen have died in Maria’s wake, and raw sewage is leaking into the streets, but rescue assistance has been offered from around the world in aid of this humanitarian crisis.

FreeKibble Flights to Freedom and GreaterGood.org’s Rescue Bank are working with Wings of Rescue to fly animals affected by Hurricane Maria to safe, clean shelters within the United States. Click the link below to help them save even more! Hurricane Maria made landfall in Puerto Rico as a Category 4 hurricane on September 20, completely destroying much of the island’s infrastructure and leaving it without electricity for what could be months.
We need you to save the lives of the dogs and cats that were affected by Hurricane Maria by flying them to shelters where they’ll be adopted.
Make a difference