Cat Miraculously ‘Rises From Dead’ After Being Buried Days Before Easter

For the three years they had spent together, Nathan Sonoras loved his cat Loki like a best friend. And when he returned home from work one day, only to find his friend’s lifeless body on the side of the road, it was devastating.

“I saw this black thing in the road up ahead as I was driving. I thought it was a sweatshirt or something at first. But I got closer and saw it was a black cat,” Sonoras told the Dodo. “My greatest fear of having an outdoor cat had been suddenly realized.”

Sonoras had let Loki play outside most days. The cat had always returned home. But, on that fateful day, Loki had been hit by a car, and seemingly died on impact.

“I was incredibly emotional. I was crying, saying, ‘My cat’s dead — I can’t believe this,’” Sonoras said. “It was pretty traumatizing.” 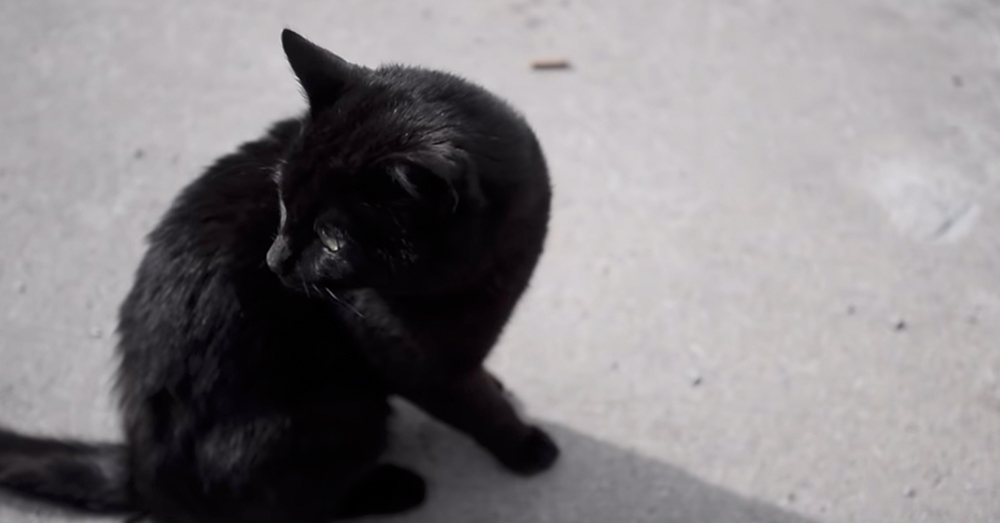 Source: YouTube/MLive
Loki was thought to have died after being hit by a car.

At around 5 p.m., Monday, April 15, a mournful Sonoras and his girlfriend took Loki’s body to a corner of their yard, MLive reports. There, they bid their friend farewell.

“We dug a hole right by a nice tree,” Sonoras said. “We cried and shared good memories, and talked about how we hoped Loki was running around free in kitty heaven. It was very sad saying our goodbyes.” 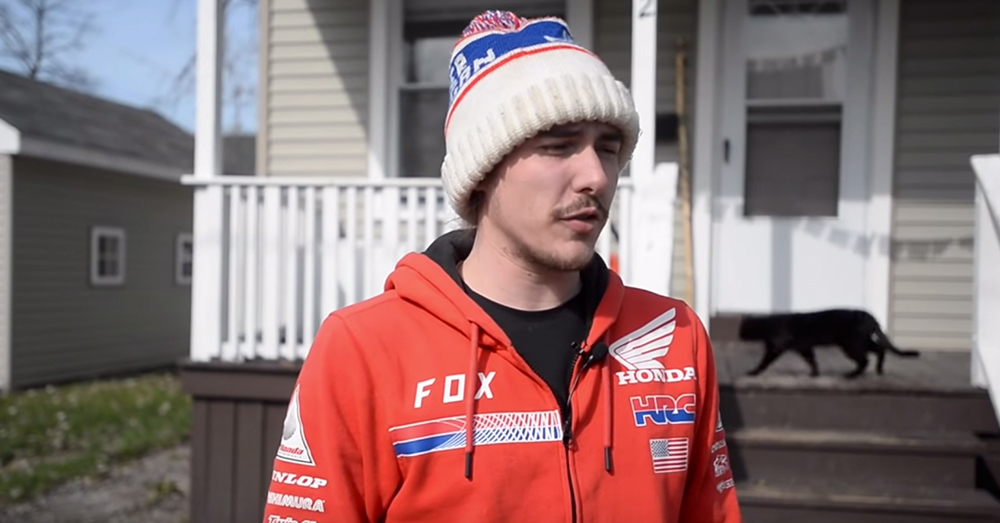 Source: YouTube/MLive
Owner Nathan Sonoras buried what he thought was Loki on April 15.

The couple went out for several hours but couldn’t distract themselves from the loss. They went to bed crying, both hoping they could turn back the clock, at least a few days.

They could not, and Sonoras woke up a few hours later to take his father to work. He walked up to his dad’s house prepared to explain the tragic news. 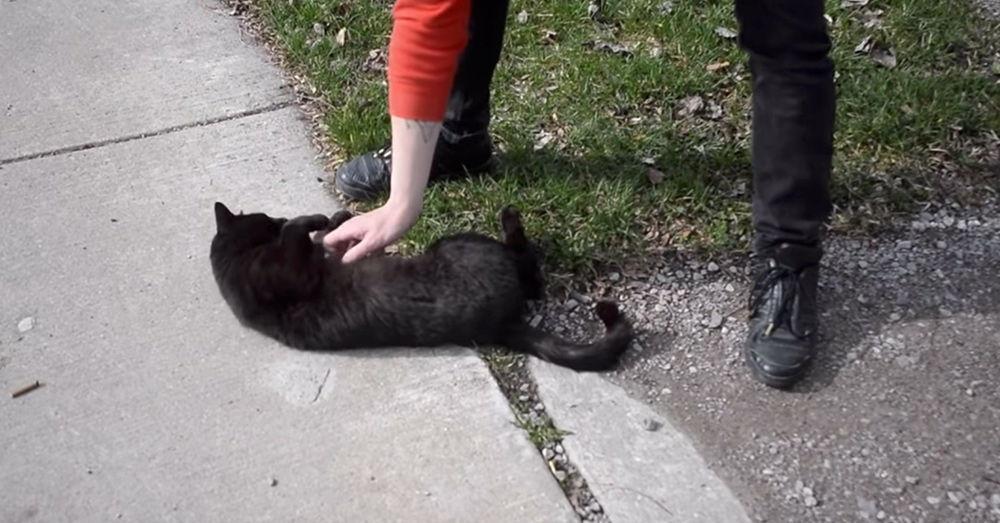 Source: YouTube/MLive
The morning after Loki was buried, he returned, meowing behind Sonoras back.

Then, a familiar sound.

“I explained that Loki had died and we were up pretty late burying him,” he said. “At that moment, right behind me, I heard Loki’s exact meow. I turned out, and there he was.” 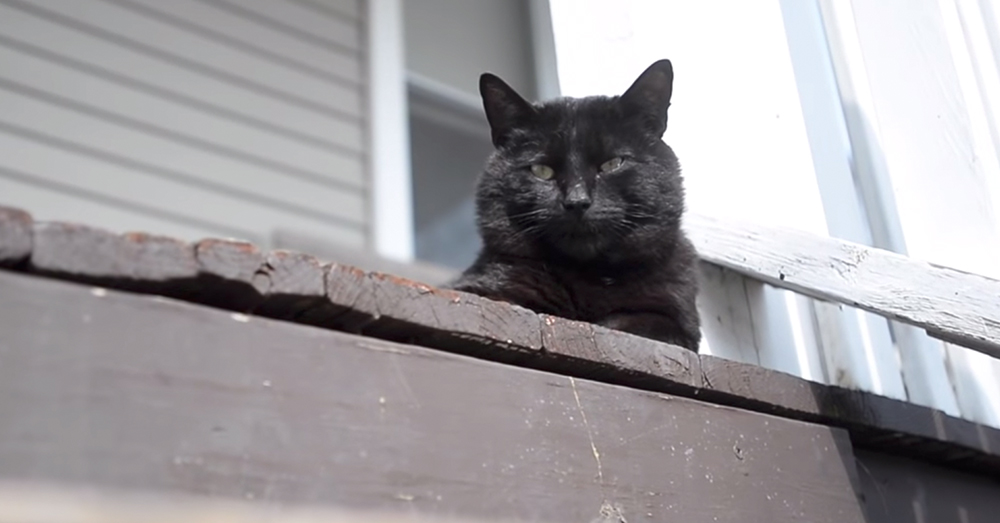 Source: YouTube/MLive
Loki has seemingly risen from the dead.

Miraculously, Loki had risen from the dead. Make what allegorical or Marvel Cinematic Universal reference you will, there was no denying this came as an unbelievable turn of events.

“I jumped back. I was so in shock about the whole thing. I told my dad, ‘What’s going on? I just buried that cat last night,'” Sonoras said. “My dad was shocked as well. Loki is alive somehow.” 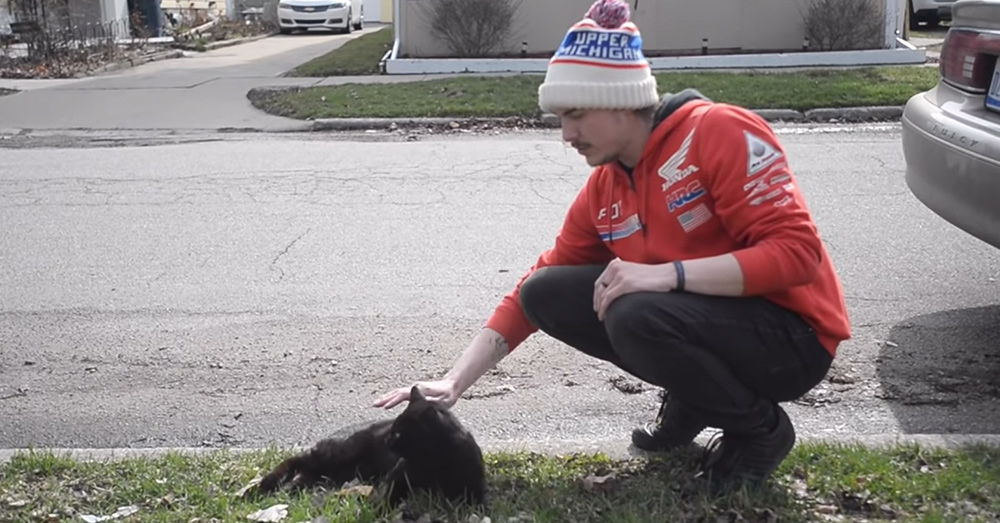 Source: YouTube/MLive
This cat might not be spending too much time outside from now on.

Was there another cat buried in the back yard? Had Loki been reanimated? We may never know, but Sonoras wasn’t concerned with those questions. He was just happy to have his friend back.

“I just held him and bawled my eyes out like a baby,” Sonoras said. “Did I wake up in a parallel universe where Loki hadn’t died? Or did I wish him back to life?”