People in Washington have been filling their bird feeders with the best of intentions. They’ve been killing their feathered friends in the process.

With reports of sick or dead birds around backyard feeders coming in from multiple counties, the Washington Department of Fish and Wildlife (WDFW) is asking residents either empty their feeders or take extra precautions. The WDFW believes the state may be in the midst of a salmonellosis outbreak. 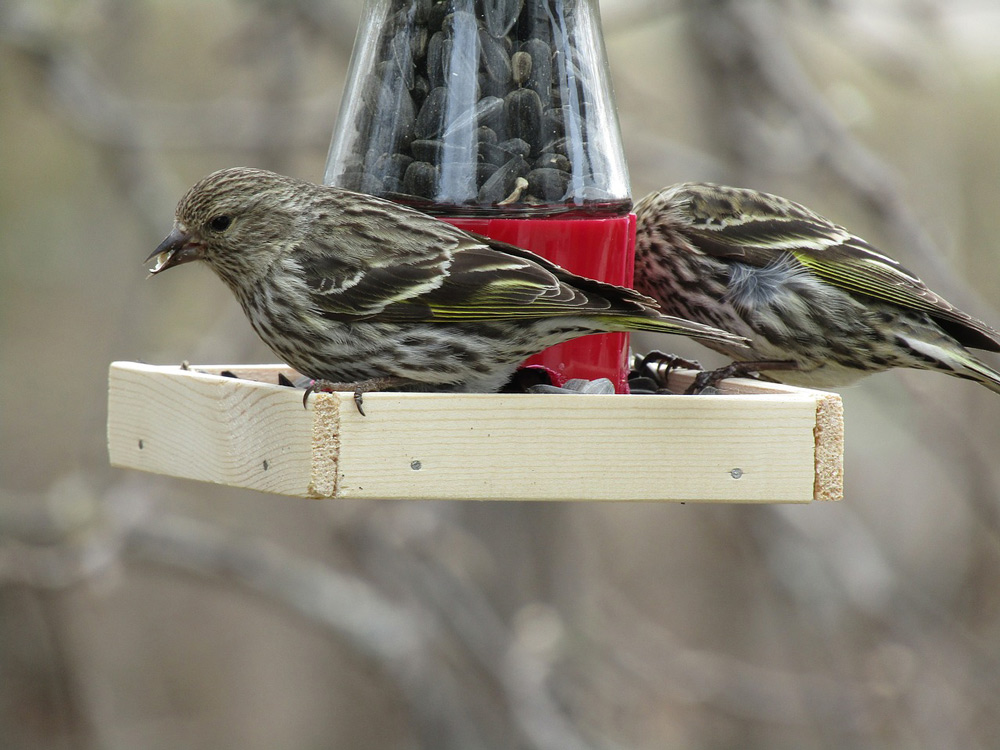 Source: Pexels
Finches like pine siskins and other songbirds have been becoming sick and dying in Washington State.

“When birds flock together in large numbers at feeders, they can transmit the disease through droppings and saliva,” Mansfield said. 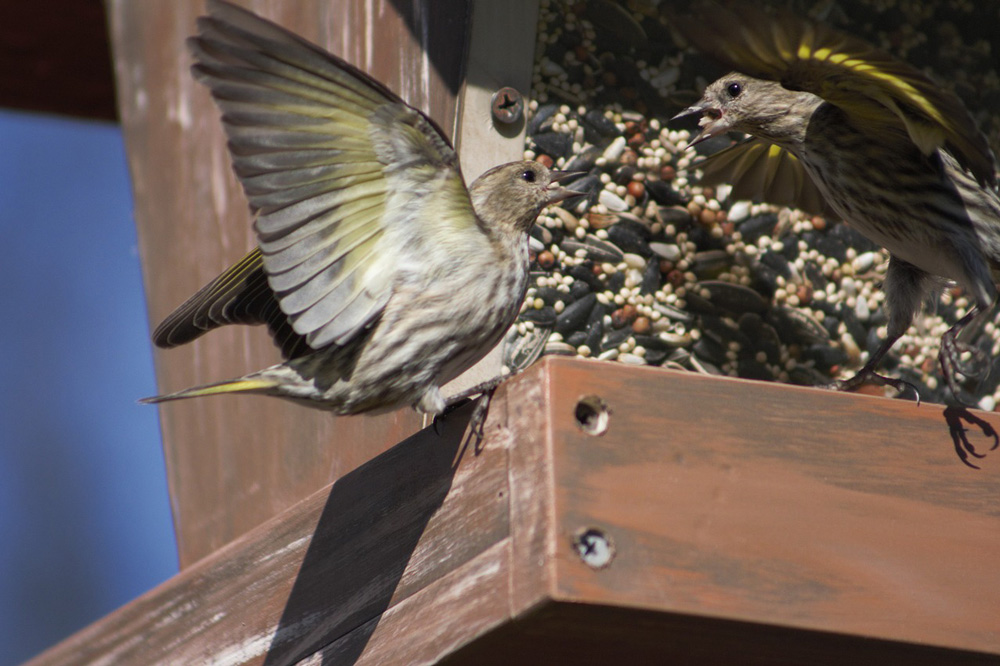 Source: Pexels
Birds can pass salmonellosis on to each other through close contact.

According to Seattle Audubon, “Salmonellosis is primarily transmitted by fecal contamination of food and water by birds, though it can also be transmitted by bird-to-bird contact. Infected birds shed the bacteria in their feces, and if they are frequenting a bird feeder, the surface of the feeder or the food itself is likely to become contaminated with their feces. In this way, the feeder becomes a vector for the disease, spreading it to other birds.”

“The first indication of the disease for bird watchers to look for is often a seemingly tame bird on or near a feeder. The birds become very lethargic, fluff out their feathers, and are easy to approach. This kind of behavior is generally uncommon to birds,” Mansfield said. “Unfortunately, at this point there is very little people can do to treat them. The best course it to leave the birds alone.” 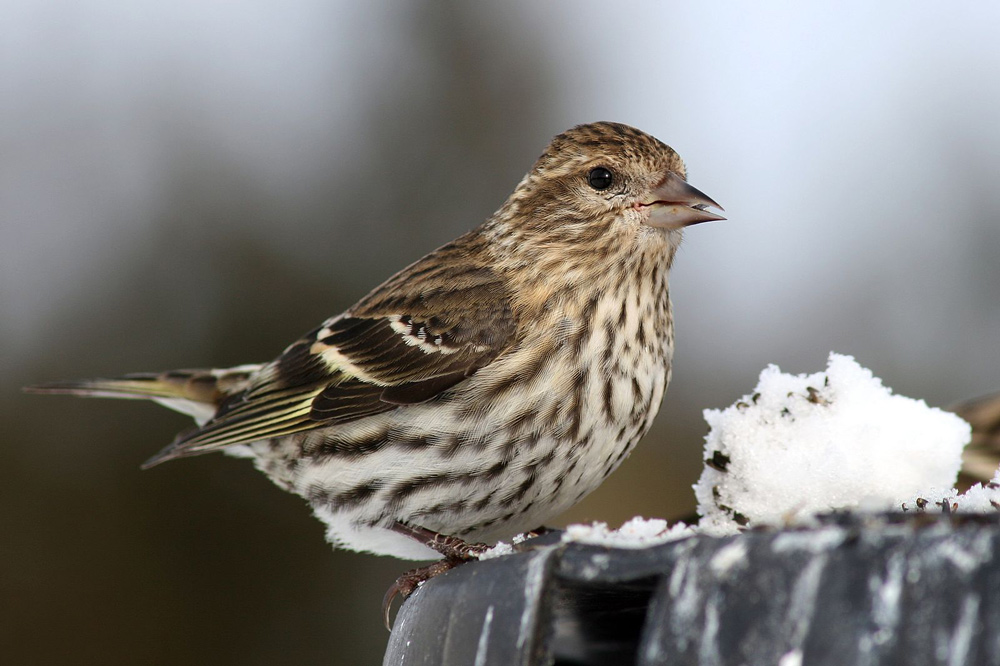 Source: Wikimedia Commons
Pine siskins are more prevalent in the Pacific Northwest this year because of an irruption.

Mansfield and her WDFW colleagues are recommending that bird feeders be left empty until at least February. The hope is that this will curb the spread fo the disease, while encouraging birds to forage for food on their own.

“Birds use natural food sources year-round, even while also using backyard bird feeders, so they should be fine without the feeders,” Mansfield said.

Those who want to continue use of their bird feeders are urged to keep them clean. The WDFW advises a three stage approach: 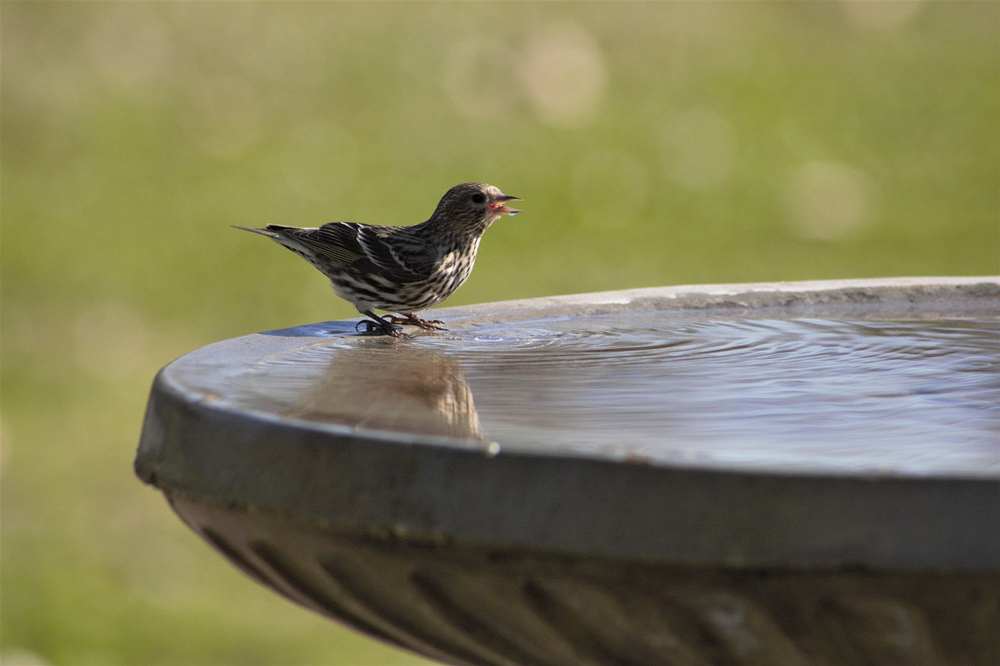 It’s also recommended that birders keep no more feeders, bird baths, or fountains than they can manage to clean once a day. The ground below the feeders can be kept clean by raking or shoveling up any bird feces or seed casings.

Mansfield and the WFDW are chalking this year’s outbreak up to “irruption.” As the Audubon Society reports, this is when birds that normally winter in northern forests in Canada decide to move south.

“Pine Siskins can irrupt southward in years when there is a shortage of food in their home range,” writes Audubon’s Site Director and Editor Andrew Del-Colle. “This year, a meager supply of conifer seeds across Canada’s boreal forest has caused the birds to push south in mind-boggling numbers.” 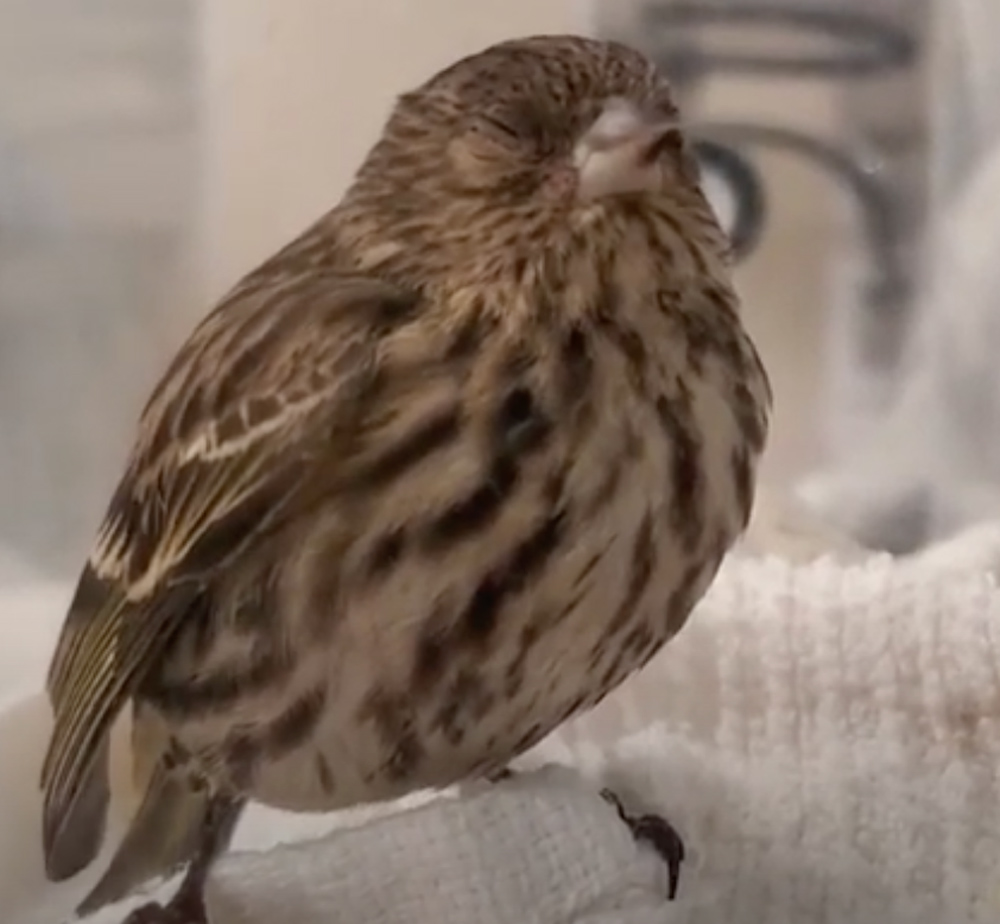 Source: YouTube/Wildlife Rescue
A pine siskin being treated for salmonellosis.

If you come across a dead bird near your feeder, alert your state’s department of fish and wildlife. Do not touch the dead animal without gloves, and wash your hands thoroughly after handling the bird.

Salmonella bacteria can be transmitted from birds to humans through direct contact with the infected birds or their droppings, or indirectly through domestic cats that catch sick birds, the WFDW reports.