A pit bull named Darby is being hailed as a hero after saving his owner, California resident James White, from losing his leg to a shark.

White was fishing from shore at Bodega Bay when he caught a 6-foot sevingill shark, NBC Bay Area reports. After fighting the shark for 10 minutes, he finally reeled it in.

“The only way I think I was able to get the line back is because it was swimming towards me,” White told NBC. 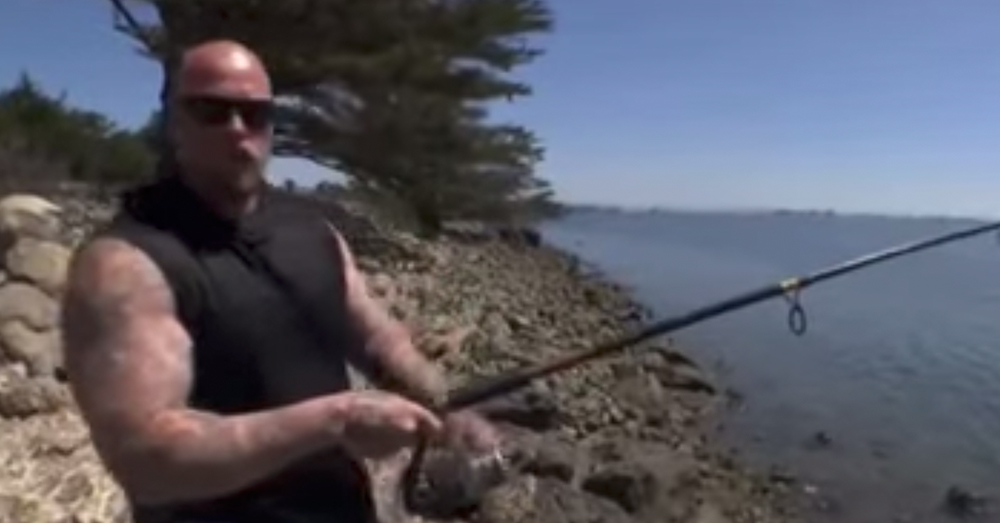 Source: YouTube/
Prayers for Pets1 NonProfit
James White was fishing at Bodega Bay when he caught a sevengill shark.

White moved towards the shark’s mouth to remove the hook, but the animal judged toward his leg and clamped its sharp teeth into his flesh.

“Immediately there was blood everywhere,” White said. “The first bite punctured an artery, The pressure was intense.” 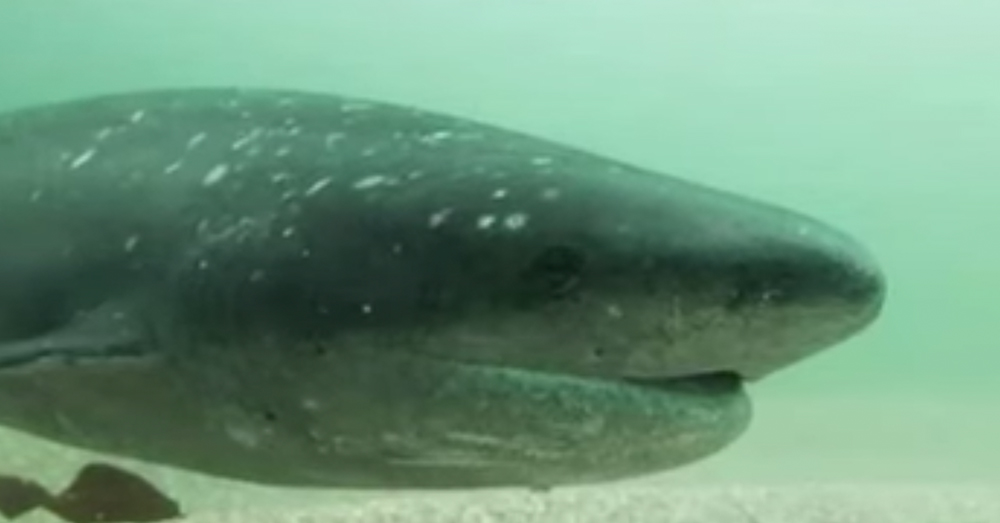 Source: YouTube/
Prayers for Pets1 NonProfit
White pulled in the 6-foot-shark, which bit him in the leg.

Meanwhile, sitting in White’s car not far away, Darby heard White’s cries of pain and ran to the rescue. The 1-year-old, 100-pound pit bull opened the car door and bounded straight for the shark. Darby bit the creature in the gills, making it even more upset.

“And I told him, ‘No, back off,’ and then [Darby] repositioned and grabbed it by the tail,” White said. “He literally ran up the hill with it and pulled it off my leg.” 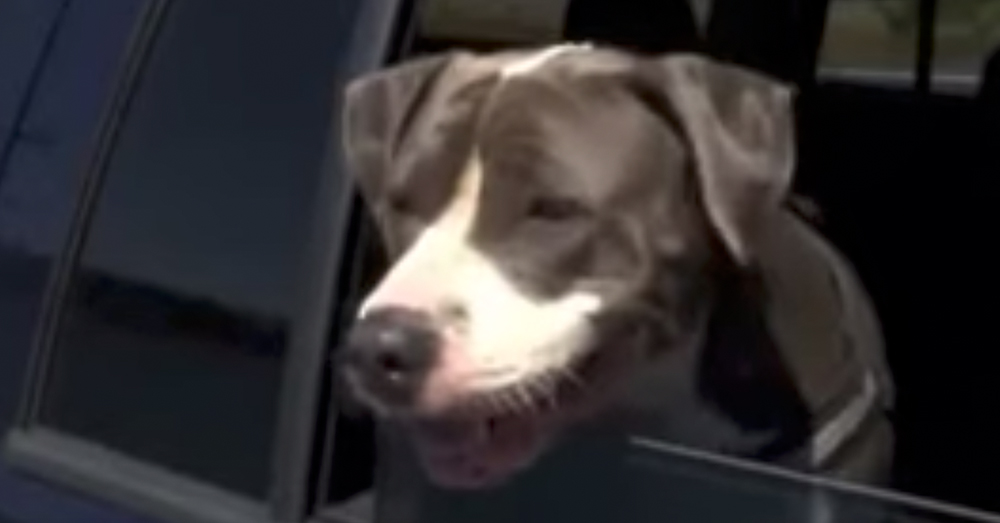 White retrieved the shark and threw it back into the ocean. The animal was disoriented, but had enough sense to swim away. One run-in with a dog was enough for the day.

White told NBC he may have lost his leg were it not for his “House Hippo” Darby.

“He’s been a part of the family from day one. Just now a little more,” White said. “If it wasn’t for him, I would have been a lot worse.” 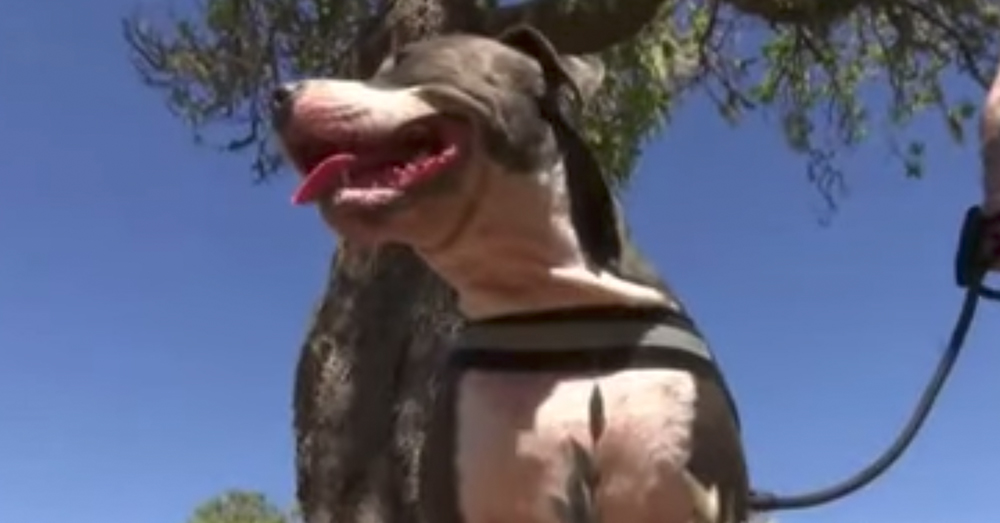 Source: YouTube/
Prayers for Pets1 NonProfit
Darby pulled the shark off White, and up a nearby hill.

“The first time I told somebody this, they were like, ‘You’re out of your mind, there’s no way that happened,’” White said. “Then I showed him the pictures and I’m like, ‘No, it absolutely happened.'” 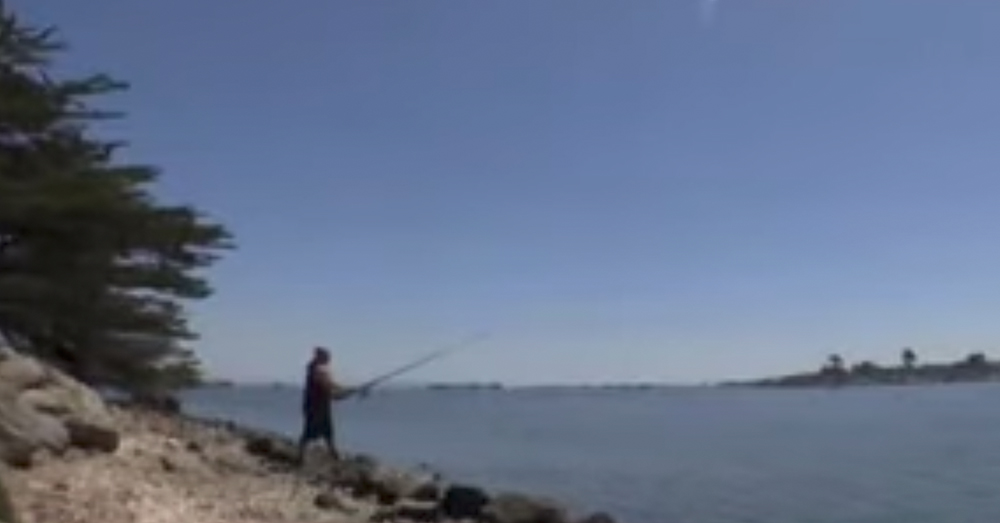 The scars on White’s leg are proof that Darby is this man’s best friend. They may sting with the memories of a vicious attack, but it’s a pain White would gladly take over losing his leg altogether.

Routine Grooming Visit Turns Into A Nightmare After Dog’s Ears And Eyebrows Dyed: Click “Next” below!