Touching Video Of Faithful Dog Shows He Never Leaves Owner’s Side, Even After She Passes Out In Street

We all know dogs are loyal, most of the time. But one Golden Retriever in China recently showed us what loyalty really means.

The faithful dog refused to leave the side of his human even after she fainted on the sidewalk of a busy street in the Heilongjiang city of Daqing, and lay on the ground, unconscious.

A video of the heartfelt scene was first posted to Chinese social media by Pear Video. It shows the dog dutifully guarding the motionless woman before paramedics came to shuttle her off to a care center. 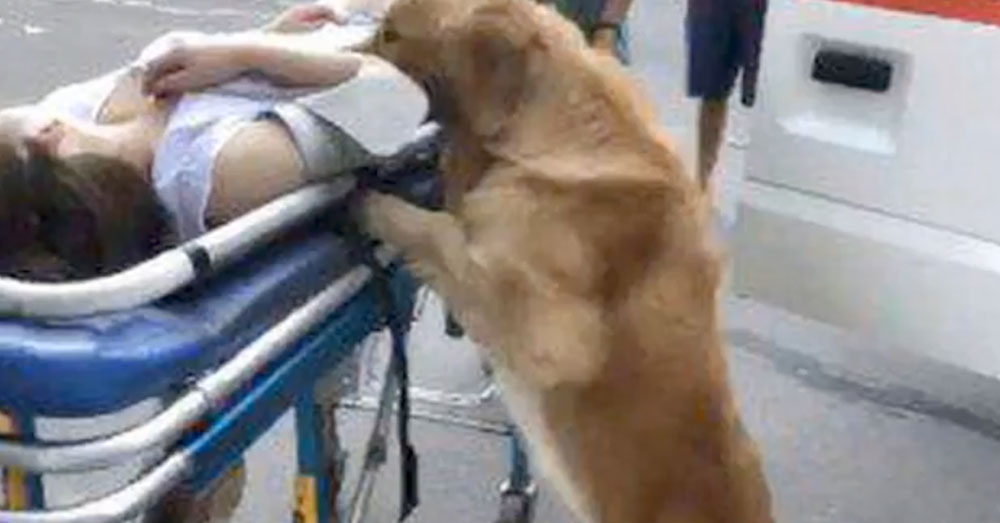 Source: YouTube/·微视界
The dog was circling his human when paramedics arrived.

Even then, the dog wasn’t about to be left behind. You can see it trying to hop into the ambulance several times before making it into the vehicle. Ordinarily, dogs aren’t allowed in ambulances, but the determination of this loyal pet was so moving, emergency responders had no choice but to make an exception.

“Normally it’s not allowed [for dogs to ride in ambulance],” nurse Yu Jingjing told the South China Morning Post. “But considering dog owners regard their pets as family members and the woman’s family or friends couldn’t be contacted, we didn’t have the heart to just leave it there.” 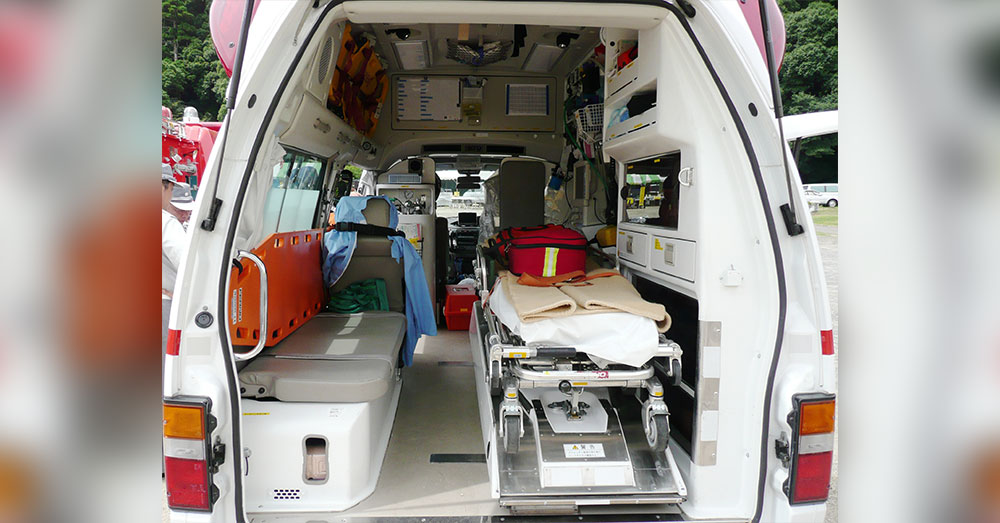 According to the Shanghaiist, one treated for her exhaustion, the woman was revived, and immediately called out for her dog.

Of course, it was right there by her side. 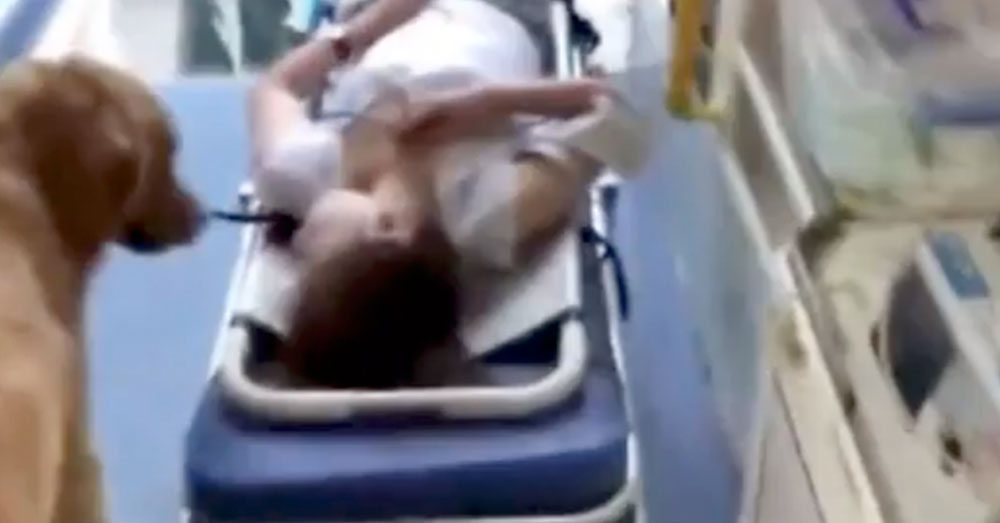 Source: YouTube/·微视界
This loyal pet wasn’t about to let his human go off alone.

“When we saw the patient hug the dog as soon as she woke up we knew we did right bringing it along,” said Zhang Jihong, the hospital’s head nurse