A dog named Daniella went missing and was nowhere to be found. Her family searched endlessly for her, but to no avail. They were devastated and unsure if they’d ever see their beloved furry best friend ever again. 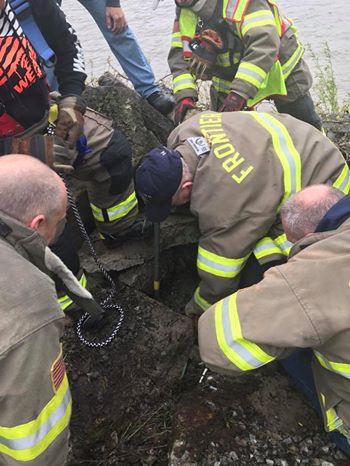 A week after her disappearance, four young girls heard a dog crying near a road in Niagara County, New York. The dog was, in fact, Daniella! She managed to get trapped under big rock concrete slabs at the shoreline of the Niagara River. 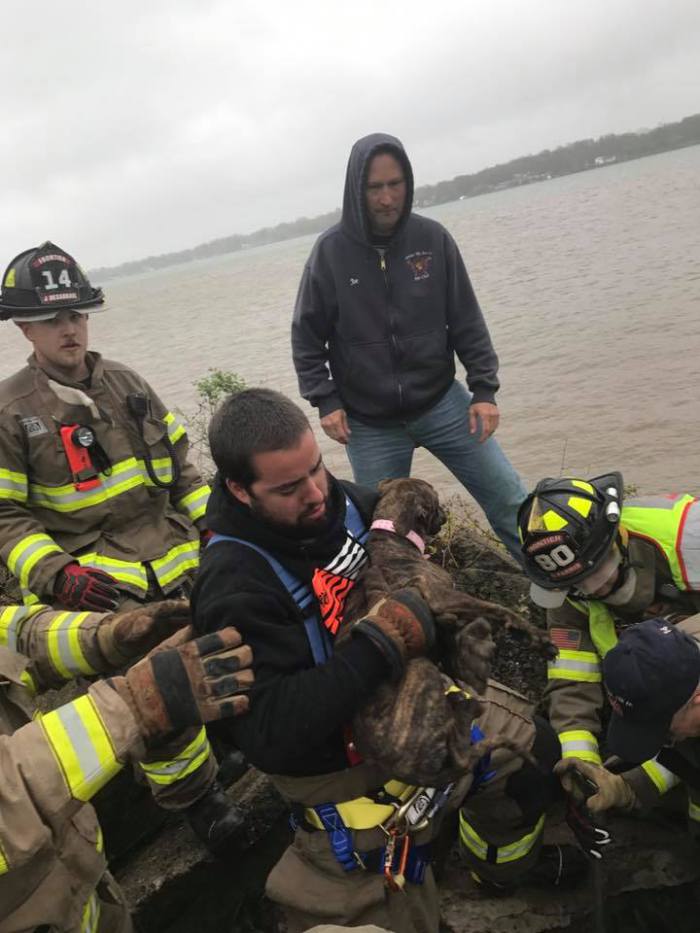 The girls called for help and Frontier Volunteer Firefighters quickly showed up at the scene. They worked swiftly to clear the debris out of the way so that they could bring Danielle to safety. 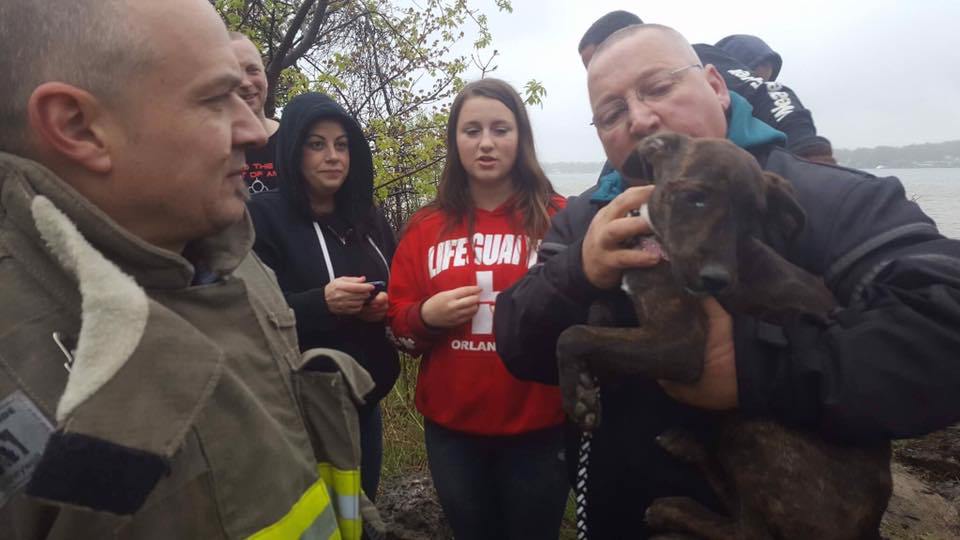 Luckily, the rescue was a success and Daniella was soon reunited with her worried family again. They brought her to the vet, and she is thankfully doing well. 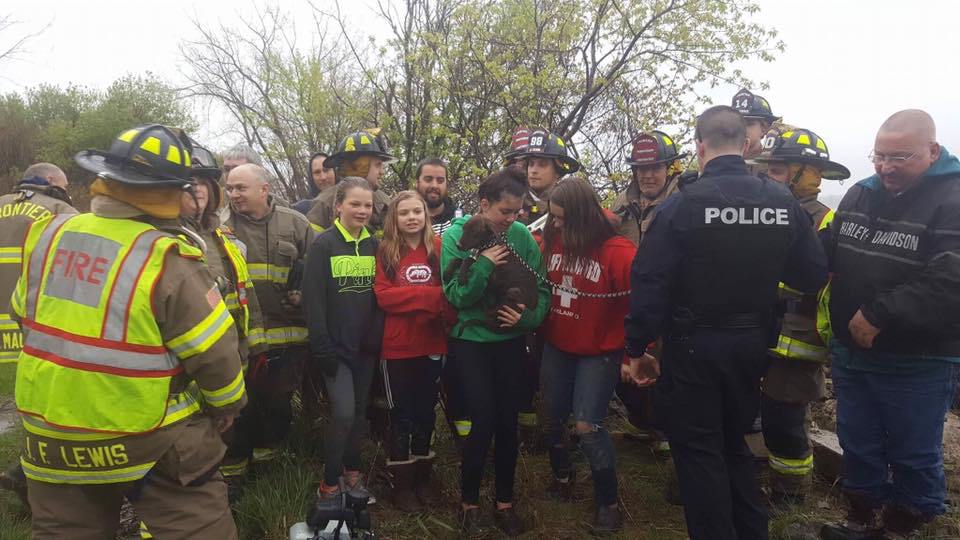 If those girls didn’t hear her crying, who knows how long she would have been trapped there. The ending of this story would most likely have not been as happy as it was. A big thank you to these girls for quickly calling for help, and a huge thank you to the firefighters who worked hard to bring her to safety!