When Hurricane Harvey began its assault on the Texan coast, residents began to evacuate in droves. For those who couldn’t make it out in time, the next few days were as life-threatening as they were filled with heartbreak.

Many of the animals left behind wound up lost, or worse, but in more than one instance, caring citizens have extended the umbrella of compassion and taken stranded animals in to their own homes. 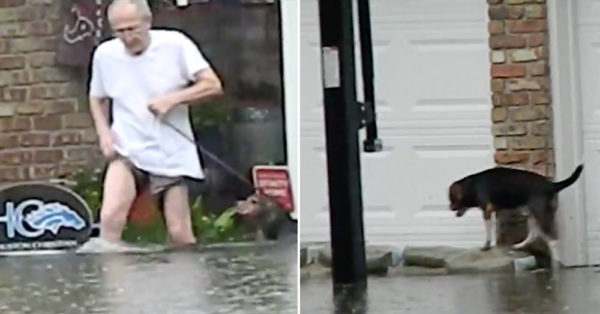 Daniel and Sandra Grumbacher’s neighborhood was under a few feet of water. The elderly couple’s home had seen as many as two to three inches of water an hour during Harvey’s worst moments, Little Things reports. Many of their neighbors had evacuated, which made it all the more surprising to see a lone dog wandering the hills of sandbags that rose above the rapidly rising waters. 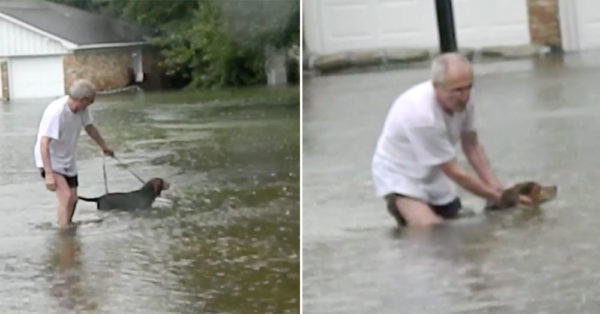 Without hesitation, Daniel crossed the river that was once his street and fetched the dog from his neighbor’s house.