This Rescue Horse Didn’t Get Along With Other Animals, But Then He Met A Dog And Fell In Love

A horse trainer named Francesca Carson rescued a miniature horse named Spanky a few years ago. Spanky was two years old at the time and was overweight. He was also aggressive and would bite and kick.

Over the course of a year, Carson worked with him every day, teaching him many skills. Eventually, he became much less aggressive, and acted like a whole different horse. At this point, they just wanted to give him a purpose, so Carson began teaching him different tricks. 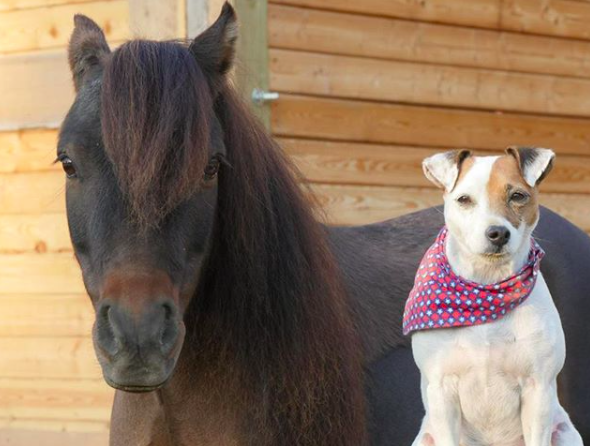 Soon after, they rescued a Jack Russell named Dally, who was the runt of her litter. At six months old, Dally was a very curious pup and would sit and watch Carson work with Spanky. 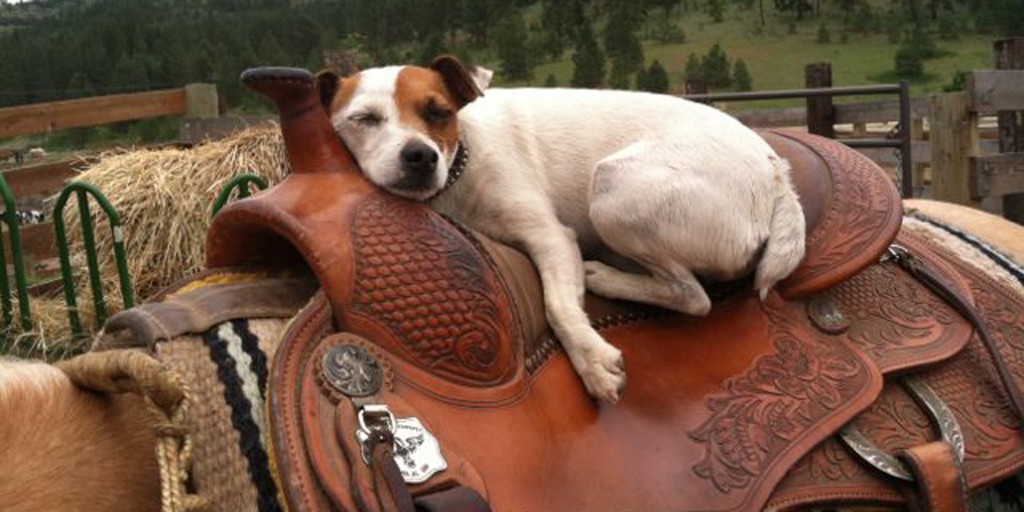 One day, Dally hopped onto Spanky’s back using a step stool. From that moment on, the two of them were inseparable. It’s not every day that you see a horse and a dog spending time together, let alone being the best of friends. 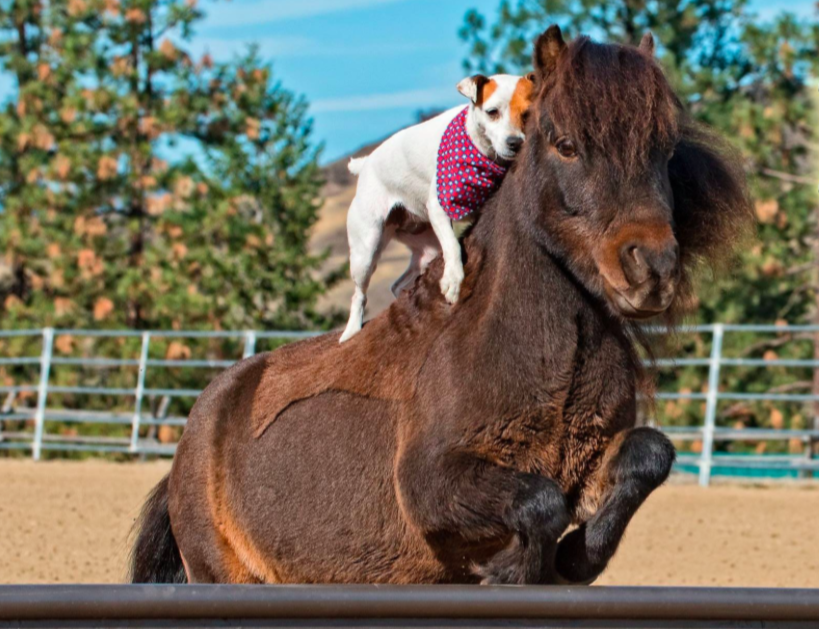 Even though Dally is so much smaller, she is very protective of Spanky and even growls when other dogs get too close to him.

Dally soon learned tricks as well, and the two of them have performed together at Equine Expos all over the United States and Canada. They’ve even been on talk shows such as David Letterman. 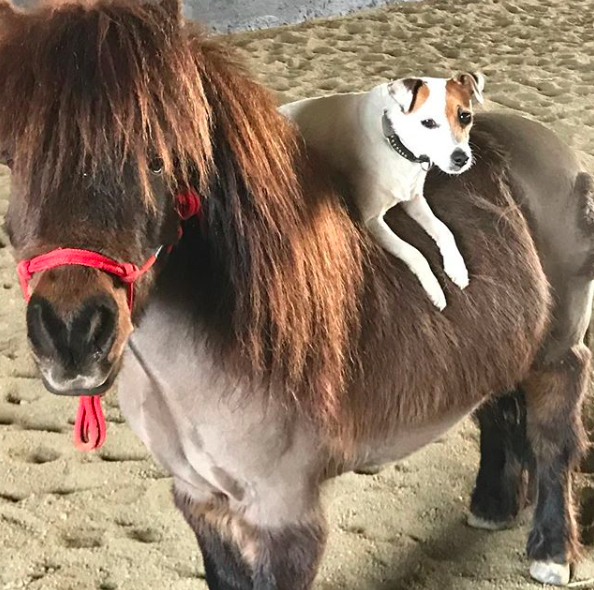 Aside from performing together, the two of them also eat together and even nap together. Their bond is something very special and unique. Click here to follow this adorable duo on Instagram.

Magical Gift Arrives For Rescue Dog Obsessed With Unicorns: Click “Next” below!