Dallas, a three-year-old pit bull mix, is the definition of a rags-to-riches story.

He was born in a Canadian shelter, the Ontario Society for the Prevention of Cruelty to Animals, or OSPCA, where his pregnant mother had arrived following her rescue from a local dog-fighting ring. Despite surviving this harrowing ordeal, the older pit bull found her troubles were far from over. Because the breed is banned in Ontario, squelching any hopes of adoption, Dallas’ mother and 20 fellow pit bull rescues simply found themselves on OSPCA’s kill-list.

Fortunately, a local rescue organization, Dog Tales, intervened just in the nick of time, launching, and winning, a two-year court battle on behalf of the dogs, who by now had earned their own hashtag, #Savethe21. 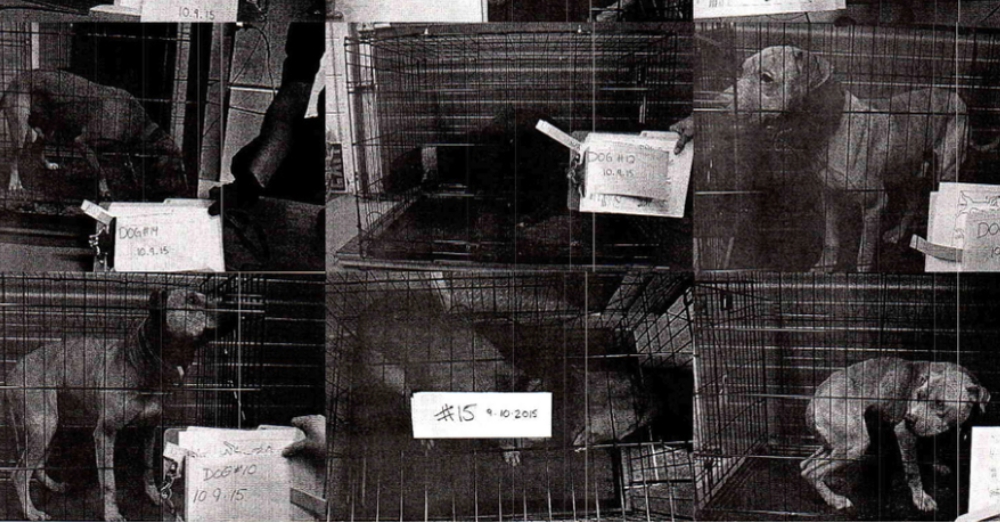 The animals were distributed to families and shelters around North America, including Florida’s Pit Sisters, a nonprofit rescue organization that took in 13 dogs, including Dallas, despite being almost entirely volunteer run. Dallas was initially placed in Pit Sisters’ shelter dog prison program, which places hard-to-adopt rescues like Dallas – who, as a pit bull, will always suffer breed discrimination and increased risk for euthanasia in shelters — in correctional facilities and juvenile centers around the country.

Teaching Animals and Inmates Life Skills (TAILS) is a win-win on many levels. Not only does it offer rescues important opportunities for socialization, the inmates in turn respond well to having dogs around. Many display reduced levels of stress and heightened empathy and cooperation, all of which will serve them well upon their release from prison. 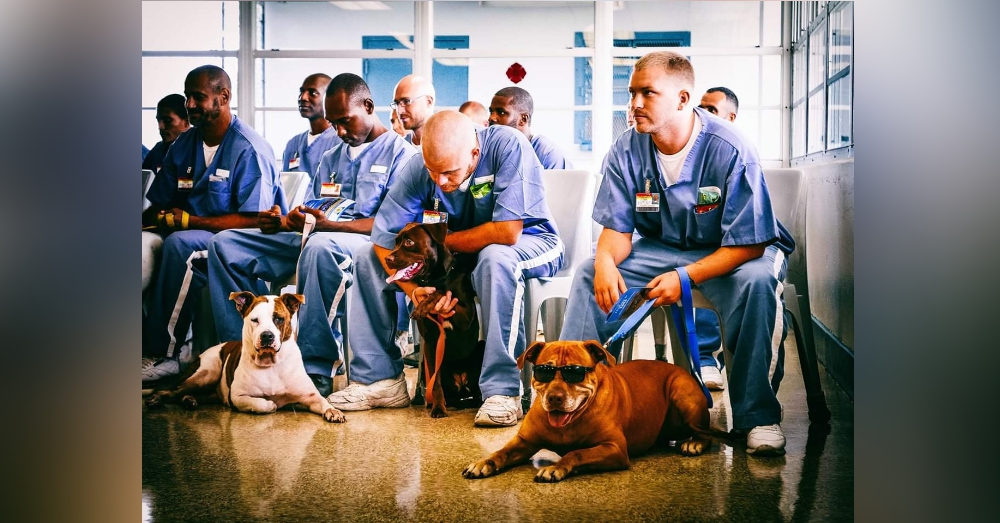 “The guys see the dogs as mirror images of themselves, that they’re both in a bad situation,” Pit Sister’s founder/executive director, Jennifer Deane, told Jacksonville’s First Coast News.

“Unconditional love – a lot of these guys have never experienced that so this dog is their first thing living breathing thing that loves them no matter what — that doesn’t judge them so seeing that and seeing how far the dogs come along is just incredible.” 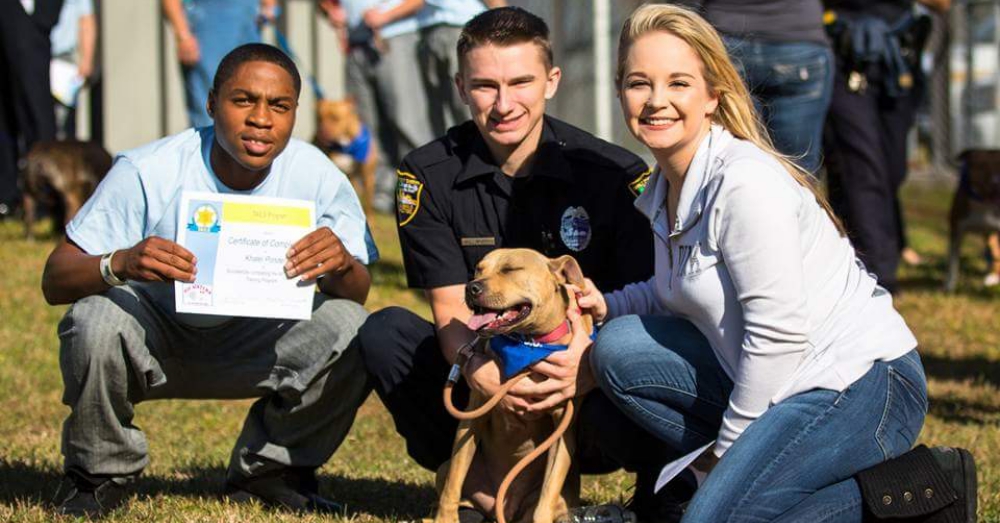 It wasn’t long before Dallas — a friendly and attentive dog, despite his breed’s bad rap — became the prison house darling, so much so that his handlers, including Deane, started mulling a career promotion.

Deane knew Dallas’ temperament made the young pit bull ideal for a K-9 squad, but the $10,000-plus training wasn’t feasible given Pit Sisters existing commitments at TAILS. (Pit Sisters also runs a pilot program that places rescued dogs in middle schools for at-risk kids to teach them about animal welfare and dog training). 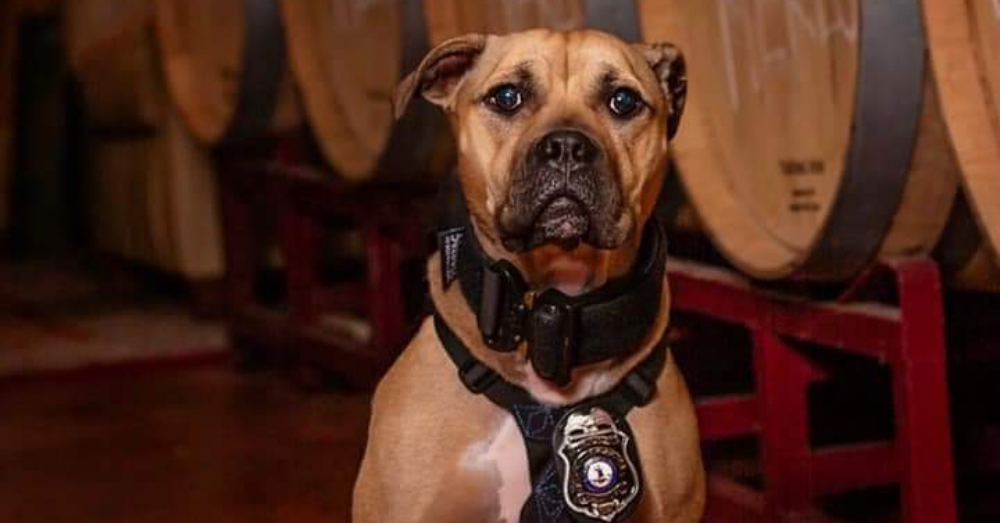 This time, Throw Away Dogs Project, a Pennsylvania-based group that seeks to “repurpose” and train rescued dogs to be K-9 officers and service animals, stepped in. The organization didn’t often work with pit bulls but, upon visiting with Dallas in the Jacksonville correctional facility where he’d been posted, agreed the young dog would make an excellent recruit. Once again, Dog Tales, the Canadian rescue that sprung “the 21” from OSPCA in the first place, footed the bill. 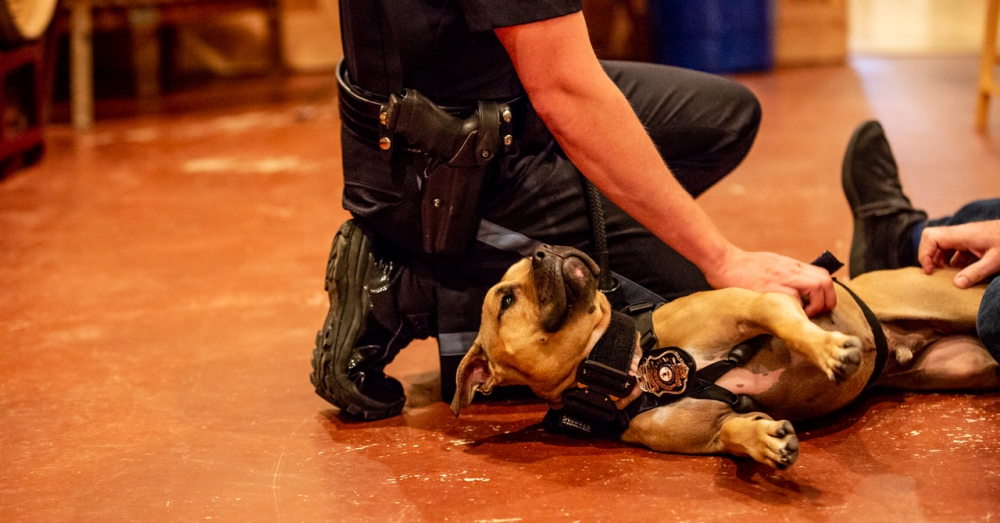 “Pit bulls are misunderstood because many are improperly trained,” said Bruce Myers, the veteran K-9 trainer charged with Dallas’ training, which included learning to sniff out heroin for his upcoming gig in Honaker, Virginia, where local police have long sought a K-9 officer.