Mama Dog Was Distraught When Her Puppies Died In A Fire, But Then She Received The Greatest Gift

A dog named Daisy experienced the proudest moment of her life when she gave birth to a little of seven adorable puppies. But that great moment turned into a horrible one when the puppies passed away in a barn fire.

Daisy was absolutely devastated and heartbroken over losing her pups. She would go down to the barn to look for them and would just sit there waiting. She was so upset that she even stopped eating. They knew they had to do something about this to help Daisy feel better. 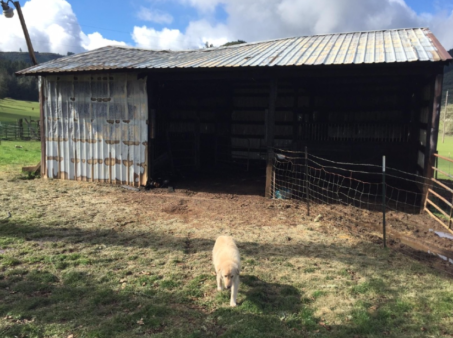 Around the same time, a dog died in surgery trying to give birth to two more puppies after delivering eight. The dog’s owner, Deanna Murphy-Vest’s mom, and others, took turns round-the-clock, feeding the litter of eight but it became exhausting. 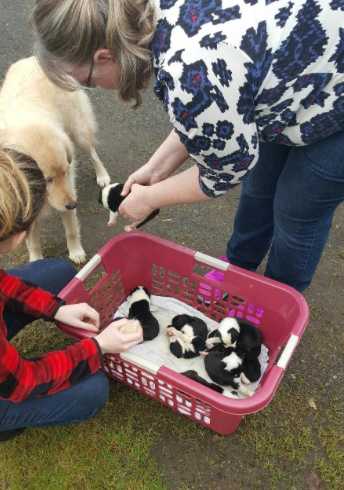 That’s when fate intervened and allowed Daisy to adopt these orphaned puppies to care for until they were old enough. The puppies are Border Collies, and Daisy is half Border Collie, so it certainly seems meant-to-be! 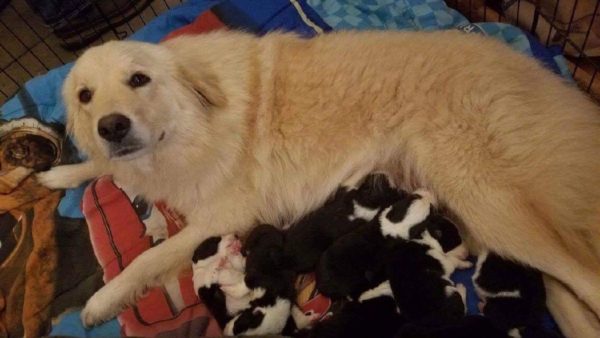 Daisy has met her new babies and is being a great mother to them, nursing them and keeping them warm. She is now so much happier and is in absolute heaven! 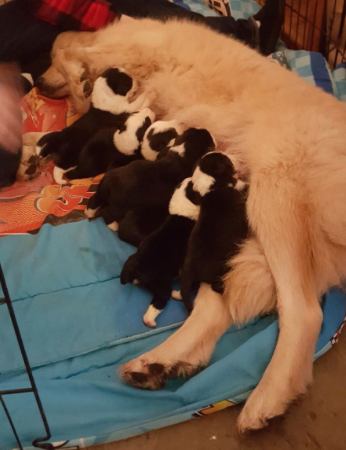 Drug Detection Dog Re-Trained To Sniff Out Hidden Rolls of Toilet Paper During Coronavirus Shortage: Click “Next” below!