20 Dads Who Said They Never Wanted A Dog

When I was a kid, I brought home a stray cat. We already had two other pets – a cat and a dog – at home. My dad wasn’t thrilled about a third mouth to feed. Nevertheless, after he threw a tantrum he let the cat stay. And that was the beginning of a long friendship. Dads are known for being quite tough and resistant to pets joining the household, yet after they’ve put up a resistance, they become our pets’ biggest devotees. Our dads might act tough, but we know that they’re really just big softies in the inside. Many of us have the photos to prove it. If a picture is worth a thousand words, many of these photos are screaming “This dog has me wrapped around their finger.”

Below are 20 dads who said the famous last words, “I don’t want a dog.” And clearly, that worked out exactly as they said. Not! Take a look for yourself:

Sometimes dads make the argument that they’re just not an animal person, or at least not a specific animal person. But that almost always turns out to be false. The best example is the dad below who supposedly wasn’t a dog person. 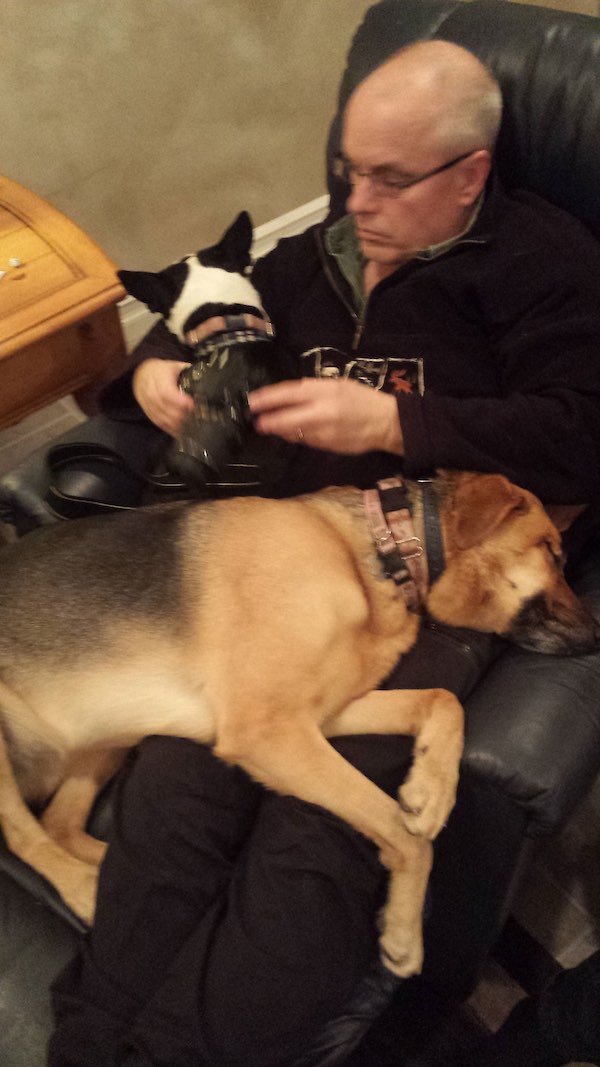 There are times when dads just don’t give a reason for their opposition to getting a dog. They just say no. But again, those words hardly ever carry any meaning. This dad has clearly had a change of heart about “no dog.” Just look at how tightly he’s cuddling his pooch. 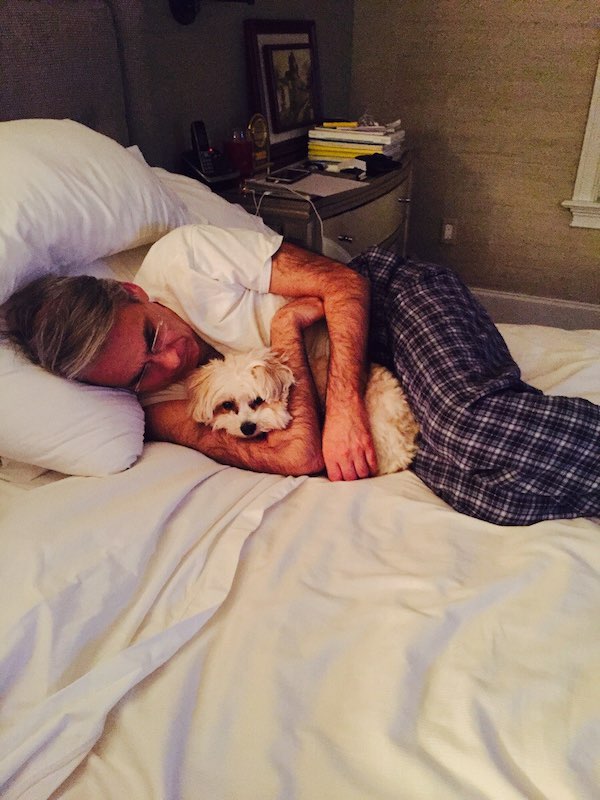 Dads won’t always admit how much they love the family pet. And after snooping on Dad’s phone, one family found photographic evidence that the family dog is clearly Dad’s favorite family member. 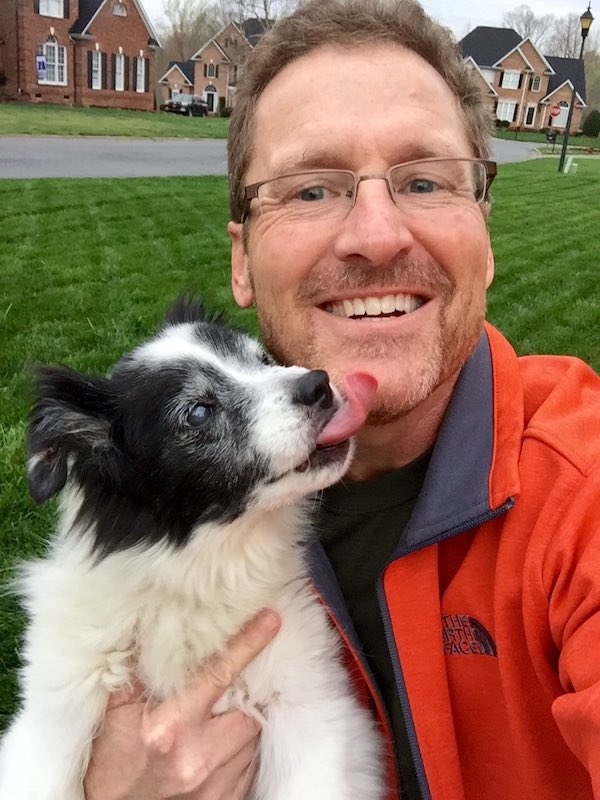 The friends who nap together, stay together. Nothing quite captures the bond between dad and dog quite like catching them having an afternoon nap together. Cue the “aww” factor. 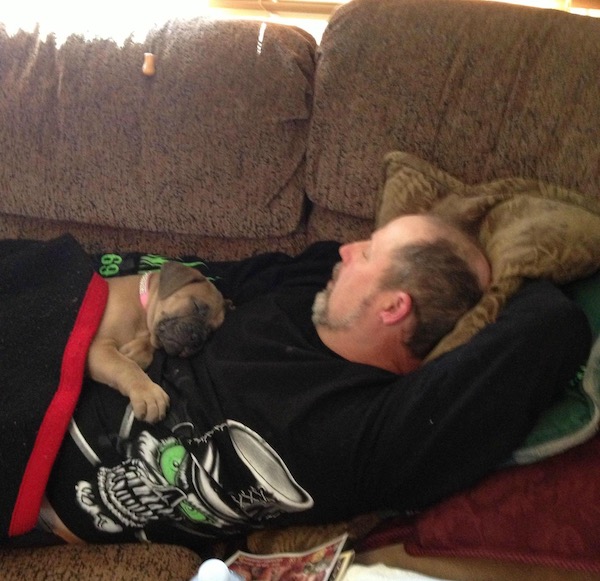 Apparently, this dad didn’t want either of the items in his arms. And yet he’s got both an iPad and a dog closely held in both arms. Funny how things work out. 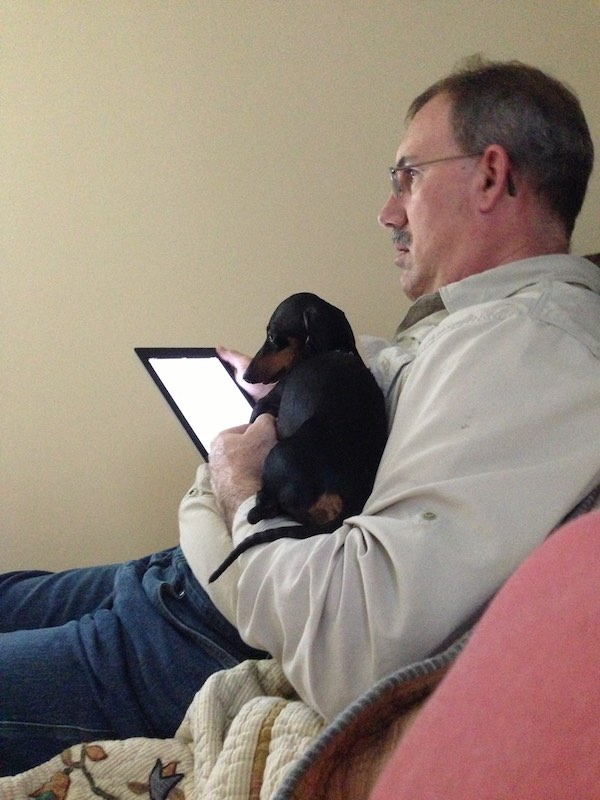 When dads say they don’t want a dog you know it’s only a matter of time before the pooch becomes a part of their daily routine. Clearly these two buddies have a daily routine that they stick to. 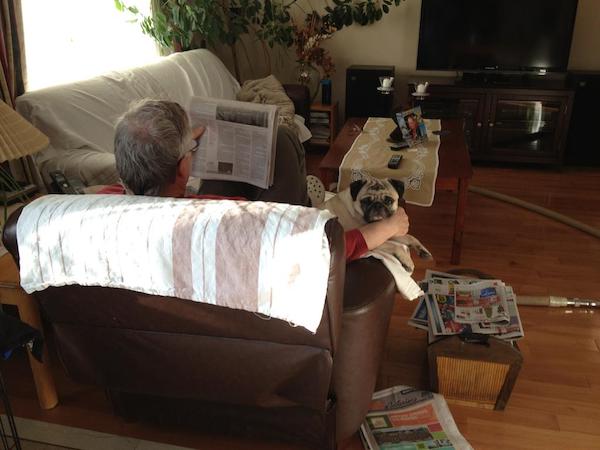 When this dad said no to a dog, he had no idea he’d go back on his word. But luckily for his family, they found this hilarious picture. 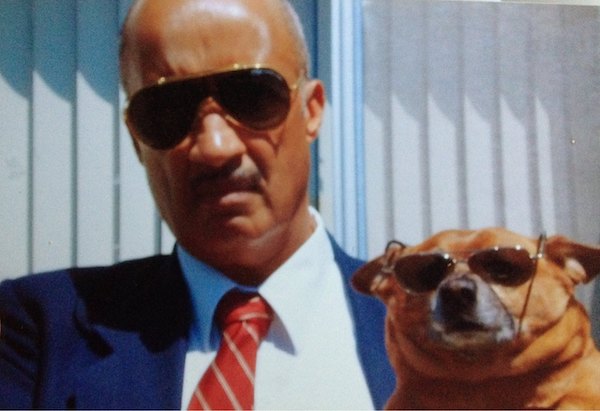 This dad referred to the dog he didn’t want as a “damn dog.” It clearly looks like he’s gone back on those words. And we can see why – the pup is just too cute! 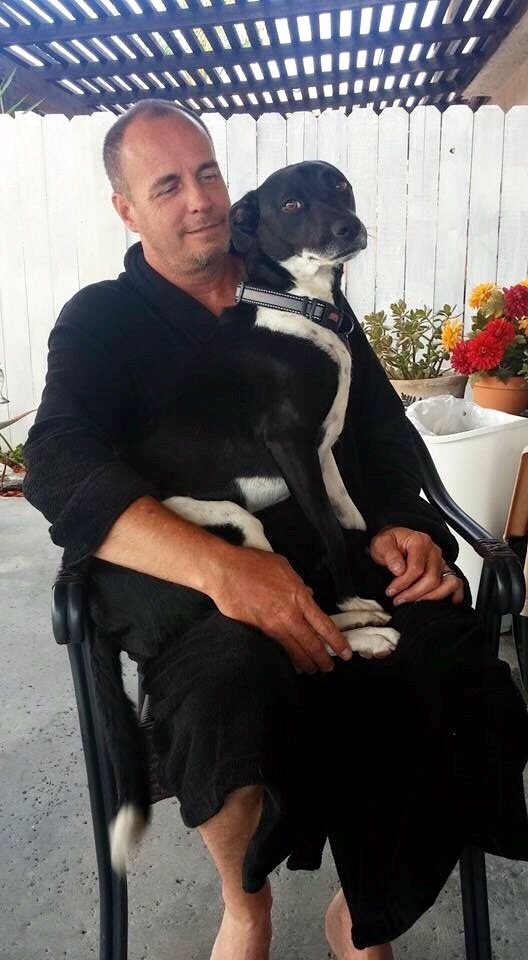 Sometimes when dads say no to the addition of a dog to the family, they end up becoming the dog’s best friend. This dad is clearly joined at the hip with his pooch. 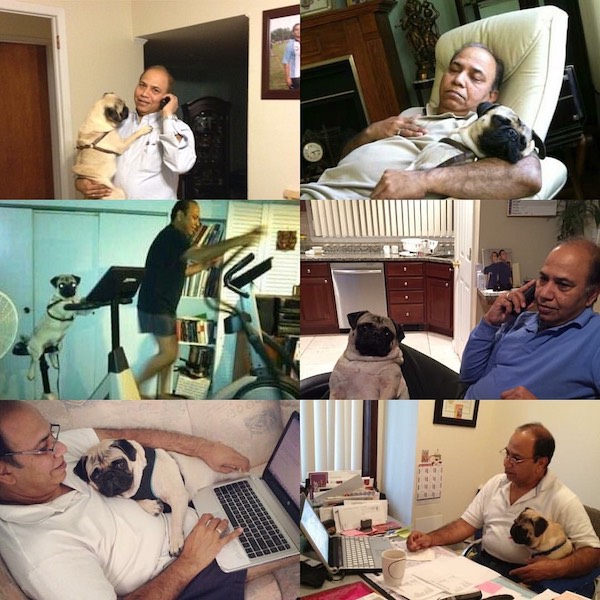 This dad was resistant to a dog joining the family. According to his family, after a while, this is how the two of them nap together. To say it’s adorable is an understatement. 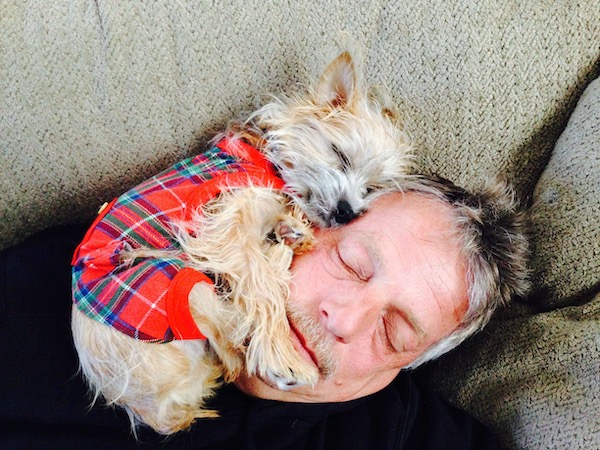 This person’s father was always anti-pet. When they brought him a stray dog, they were fully anticipating a fight. Instead, they got something much better. 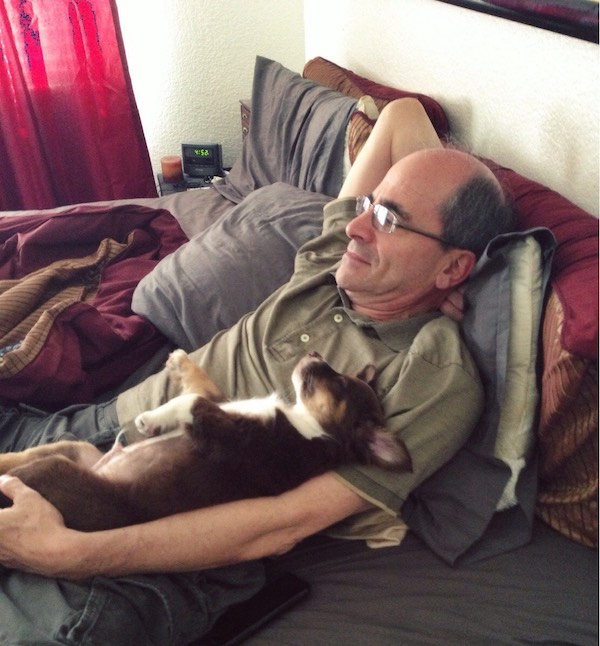 When dads say they don’t want anything to do with the dog in the house we can almost always expect to stumble upon a scene like the one below. 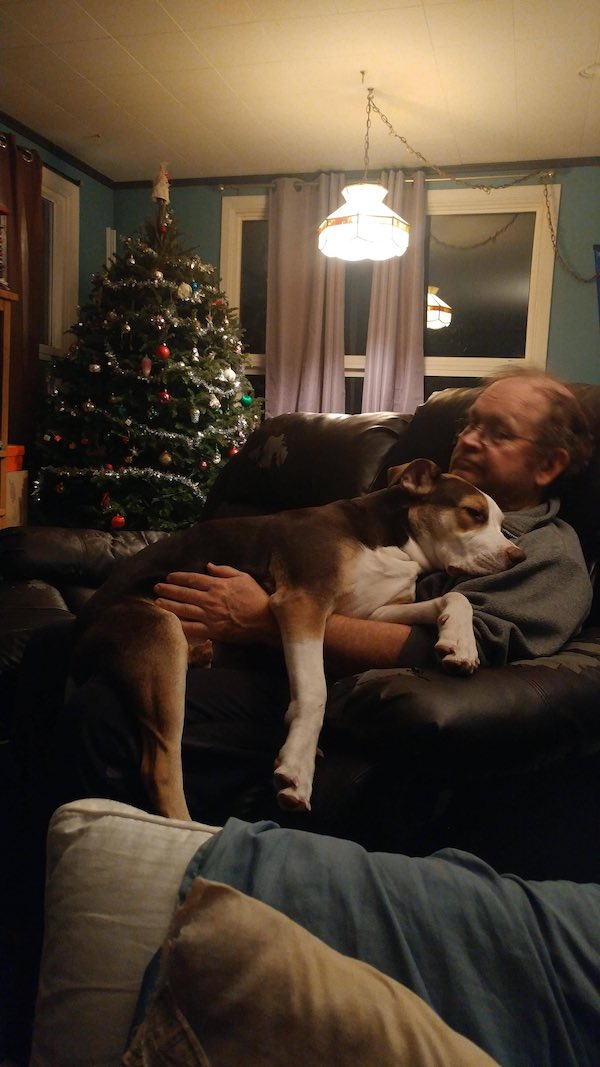 According to this person, their father made a big deal about not liking dogs. They also added that their father has taken on a grandfatherly role to their dogs. It’s so cute. 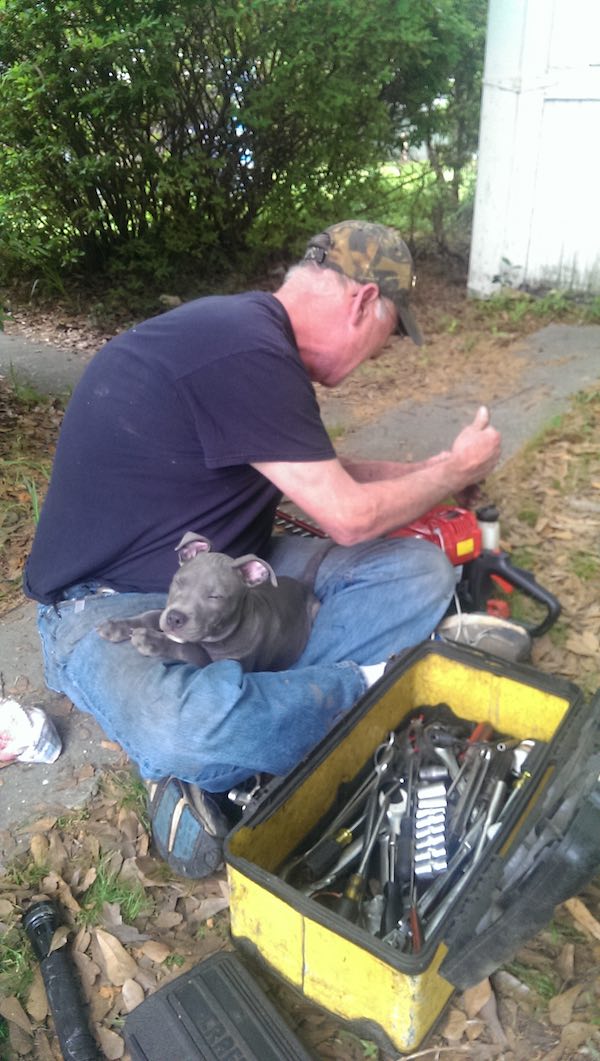 When this dad gave into his family’s desire for a dog he quickly fell in love. Of course, it was the puppy who won him over. Puppies are good at convincing people to fall in love with them. 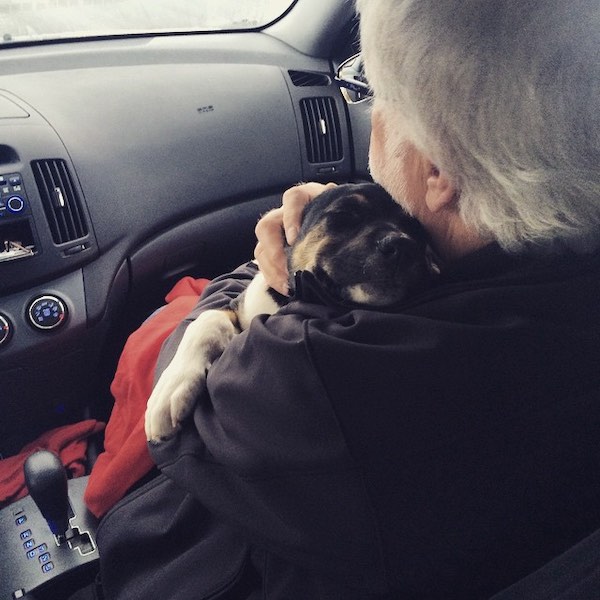 Based on this picture it would be difficult to imagine that this dad was once against a pet dog. Now, look at him, sharing his sweater with his best bud.

And dad said he didn’t want a dog.. Wahaaay pic.twitter.com/QxwIvwCAZ7

Another great example of a dad that said no to the family dog at first. His family captured him on camera, chilling on the floor with his pet.

And my dad said he didn’t like the dog.. pic.twitter.com/Ml2CUOBlvQ

This dad complained to his family about not liking dogs. Clearly, there wasn’t much weight behind those words as he was photographed sharing the couch with not one, but two dogs. And he looks quite happy with the pups as well.

Dad always complains that he doesn’t like dogs… pic.twitter.com/GiYKDjzD

Another common argument that people will hear from their fathers is that if a dog comes into the home they will have nothing to do with it. Dads make it very clear that the pet will be our pet and they’ll have no responsibilities whatsoever. That never lasts, as shown below. It’s clearly his dog now.

When dads say no to a dog joining the family, we all know it’s just a matter of time before the two of them become inseparable.

My dad didn’t want the dog in the house.. now they are BFFs pic.twitter.com/7HOVXyvcNw