Dogs have the most interesting and entertaining reactions to anything unfamiliar to them. When you present something to your adorable pooch, they’ll widen their eyes, howl, or make funny gestures. It will certainly make you laugh even though the moment is cute — like their first meet-up with their little pups. Daddy dogs don’t often interact with their babies, as puppies cling to their mothers. Also, male dogs do not always have paternal instincts, and they are therefore sometimes not capable of acknowledging their own litter. 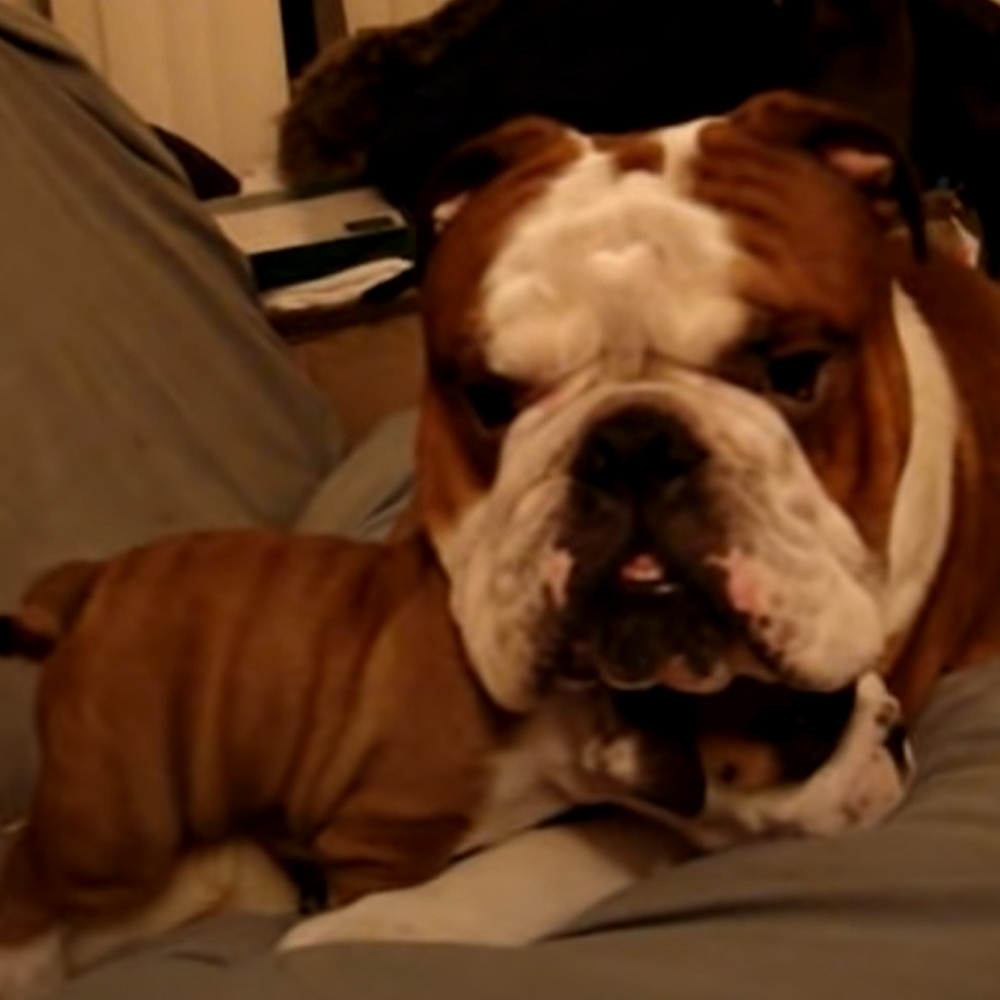 For this reason, dog owners are shocked when the father dog acts surprised or weird around a puppy. They would observe it as if the puppy were an unknown object. The dog initially steps away and sometimes acts territorial around the tiny pup. One good example is the bulldog from the viral video uploaded on Youtube by canterburybulldog. She did not expect her dog to react in a hilarious way — to the point that she couldn’t stop giggling in the background. 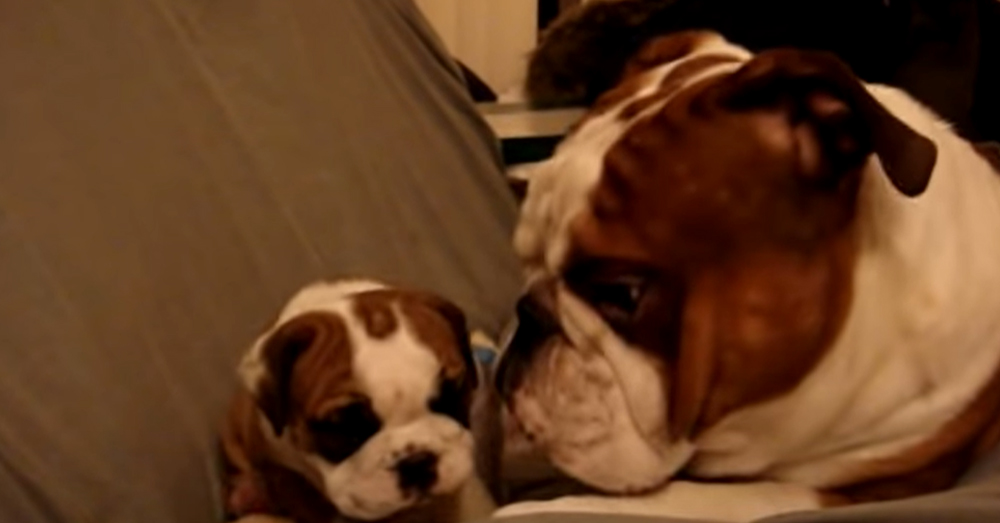 The father bulldog’s name is Tosser, and apparently, he was a first-time dad. His pet parents introduced him to a female puppy which is his daughter. At the start of the video, Tosser is shown freshly waking up from his nap. He was staring for a while when he suddenly noticed a small set of paws moving around the couch. The daddy bulldog approached the seemingly observant puppy and stared for a while. He seemed intrigued — figuring out who the small dog was.

What’s funnier is that he lay down again and stared at the unknown pup as if he was contemplating what exactly was going on. Tosser tried to touch and smell the puppy, and he even slightly pushed it — Tosser was confused in a lot of different ways. His daughter barked at him like she was trying to communicate with her father. Instead of a response, Tosser showed a little jump of surprise. The 5-minute Youtube video has garnered 13 million views since it was uploaded.

Watch the video below and comment your reaction. Make sure you show some love for the adorable dad and daughter. Give them a thumbs up, especially Tosser, who eventually learned to interact more appropriately with his little pup.