Dog Has Trouble Walking In His New Boots

Winter weather is quite pretty from afar, but when you’re up close it’s a whole different story. Snow is quite cold, and if you’re not used to it, it can prove to be quite the adjustment. Not to mention the specialized clothes that accompany preparing for freezing weather conditions. It’s not just humans who need to get used to the snow and cold, animals also will find themselves needing a moment to get used to cold weather as well.

For one West Coast pup, it was clear that he was going to be getting a crash course in winter weather preparedness.

Winston is a rescue from Ginger’s Pet Rescue in Washington state. He’d been housed inside a barn with more than 80 other dachshunds in a really bad hoarding case. But when the animal rescue stepped in, Winston was taken to a foster home and eventually adopted. 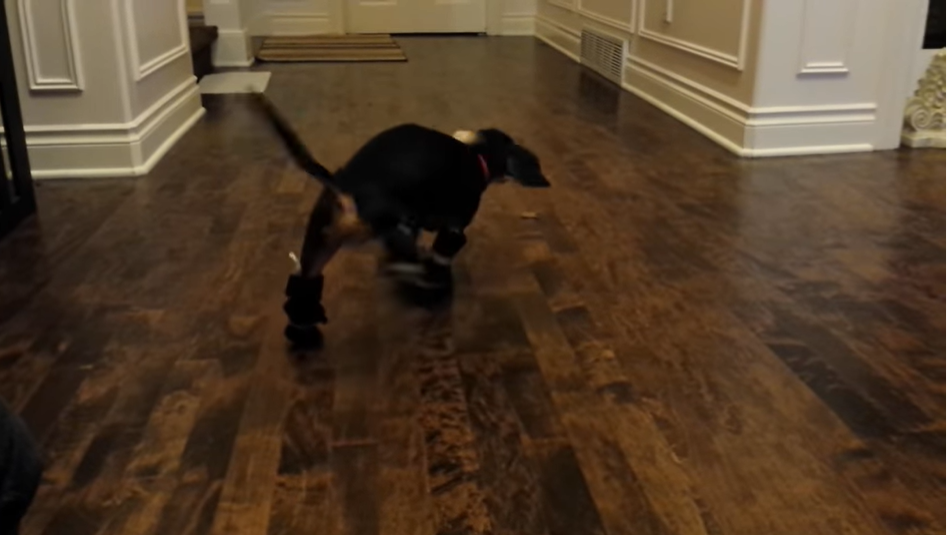 But all that Winston had known, had been the temperate weather of the Pacific Northwest. However, it soon became apparent that his new life with his forever family meant that he was going to be making a big move to New York City.

In order to better cope with winter life in the Big Apple, his owner bought him some snow boots. The little pooch’s reaction to them is quite hilarious.

Check it out below: