Joanne Goss was looking forward to a fun afternoon at Dog Beach, a popular off-leash park in San Diego, California. The doggie hotspot is country’s first dog-friendly beaches, and both of her pooches – a chocolate lab and a 4-year-old dachshund named Hank – loved playing in the water and making new friends.

So when a Mastiff came up to say hello, Goss initially didn’t think anything of it. As the larger dogs played, the Mastiff’s owner threw a ball into the ocean, causing both dogs to dive in after it. But when little Hank decided to follow, the Dachshund was swept out to sea. 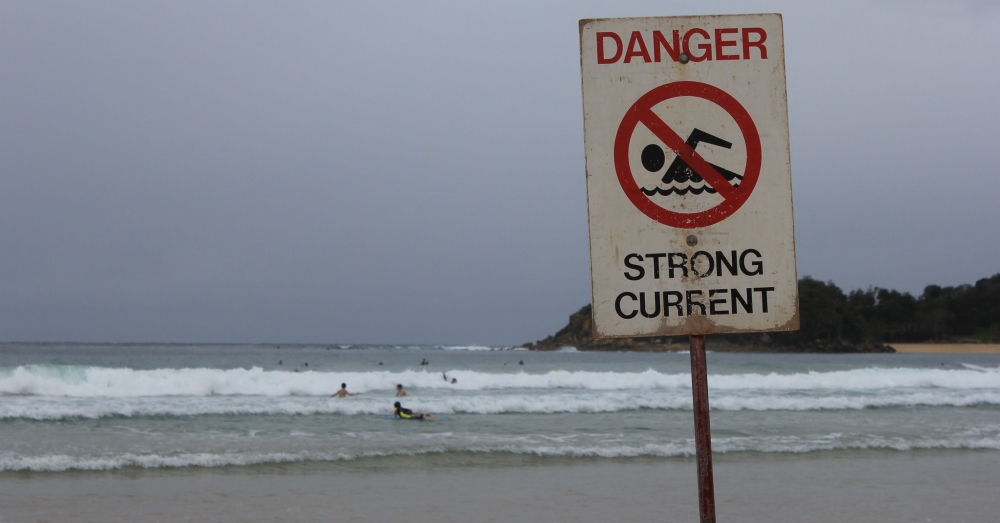 “If you get caught in that you’re gone,” a local surfer, Mark Waters, told 10News about the area’s strong tide, which is fed by an adjoining river. Both Goss and Waters rushed into the water after Hank, as the smaller dog struggled to keep himself above water.

“Threw off all my clothes except my shorts and just ran,” Waters recalled. “I thought I saw him get rolled over in a wave and then I heard the sound of a drowning animal that just pierced right into my bones and I was just like, ‘Oh my god, I’ve got to hurry.” 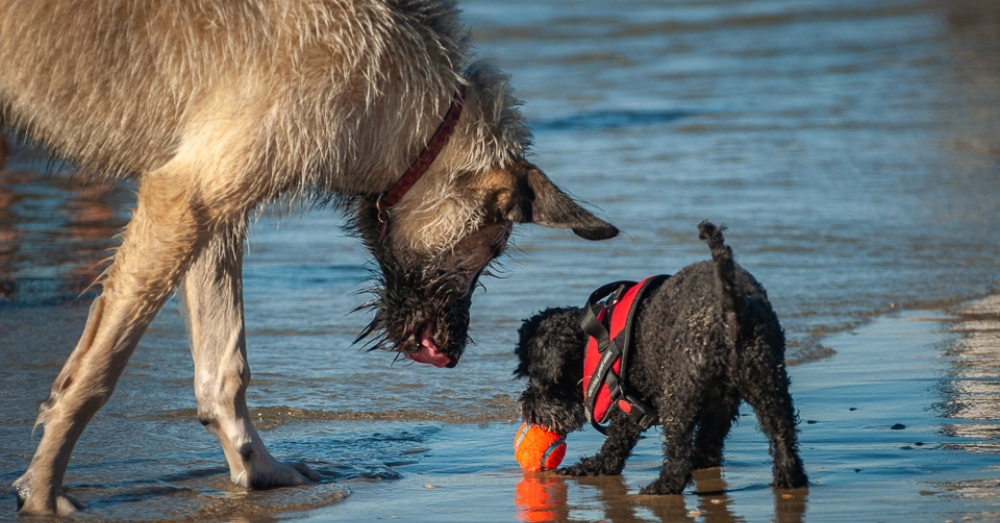 Fortunately, the lifelong surfer was a strong swimmer and rescued the dog. “He was the happiest dog on the planet when that happened,” Waters said. “He jumped up on my chest and he’s up in my arms, so I kept him on my chest.”

But the pair had also lost sight of the shore, and Hank — in his excitement — had scratched his rescuer, causing the surfer to bleed. But even the risk of “big fish” (ie sharks) wasn’t as alarming as the pair’s disorientation. “I look back there’s no shore, I looked in all directions, you can’t see anything,” the surfer recalled. Back on land, Goss also feared the worst. 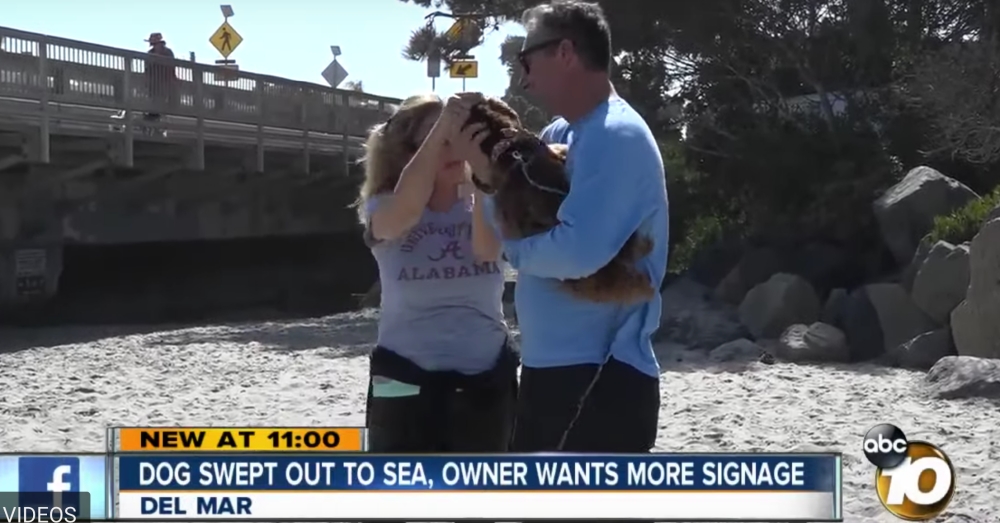 Luckily, this story has a happy ending. Lifeguards eventually found Waters calmly floating on his back, holding Hank above water. The surfer had figured the tide would – eventually — wash them both back to shore.

Now the pair are asking lifeguards for more warning signs cluing dog owners in to the area’s strong current — and hope that sharing their close call will prevent future tragedy. “It really made me feel good to save the dog, it really did,” Waters said. “It was probably one of the best things I’ve done in a long time.”

Find out more about Hank’s daring rescue in the video below!