Where Do You Find Two World Record Cats Under A Single Roof?

Cygnus was named the domestic cat with the longest tail in the world in Guinness World Records, and there’s seemingly no end to him in sight. Officially, the silver Maine Coon’s tail measures 17.58 inches.

The record holder lives in Ferndale, Michigan, with his siblings Arcturus and Sirius, an F2 savannah and a marble bengal, Guinness World Records reports. 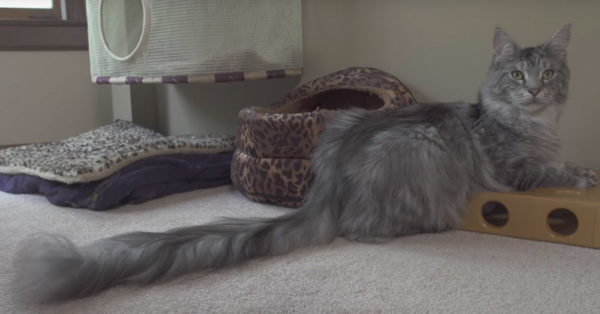 And as if Cygnus’s tail wasn’t impressive enough, Arcturus also has an entry in the 63rd edition of the world record compendium. He’s the tallest cat in the world at 19.05 inches, the feline equivalent of what would be a 10-foot-tall human. 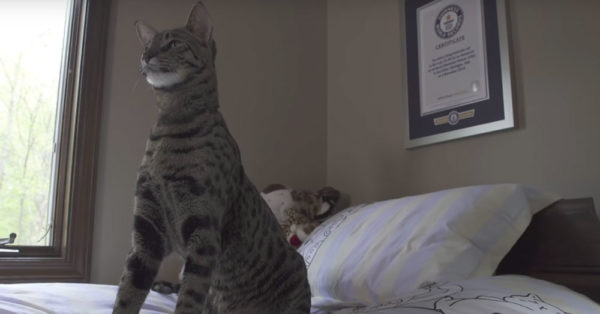 “When people see Cygnus’s tail, they give a similar reaction, kind of how when they see Arcturus’s height, they just look at it in disbelief,” owner Will Powell says. “It doesn’t look normal.”

Cygnus has trouble keeping his tail out of the way sometimes, and Arcturus reaches up to the table to eat up to a pound and a half of food a day, Guinness maintains, but the cats and their parents are happy and healthy and spend plenty of time together. 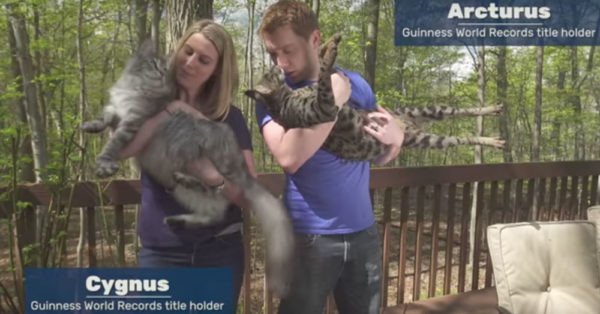 The money from the award is being used to support the Ferndale Cat Shelter that Will and Lauren Powers own and operate.

“This money has been directly used to provide food, shelter, and good homes to stray and abandoned cats from Detroit and its suburbs,” they said. “The pair will continue to do this charity work, but now with official titles! Arcturus and Cygnus now can use their fame to help their peers live better, healthier, and longer lives.”

Cygnus and Arcturus are big news, but it’s just as heartwarming to hear about cute kittens being rescued. Click the link below to read more about one that was found in the rubble of a famous hot dog bar in Michigan.