Curious Kitten Teetered On The Edge Of A Building

“Curiosity killed the cat” is a popular proverb, but for one kitten it was almost a reality.

A tiny ginger kitten was heard frantically meowing outside. The stressed meows were heard by the kitten’s owners who rushed to rescue her.

The kitten was trapped on a ledge of the building and walking dangerously close to the edge. The rescuers quickly tied a bucket to a piece of string and lowered it to the ledge. After a few failed attempts at capturing the kitten, they dropped a tasty treat inside the bucket. 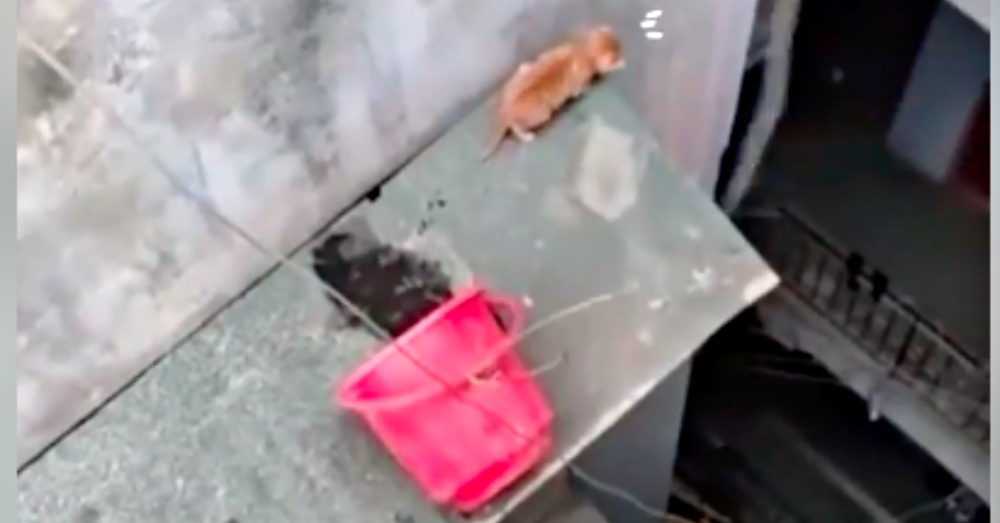 The kitten smelled the treat and walked into the bucket. The rescuers quickly reeled up the bucket and grabbed the ginger kitten. The family was so relieved that the kitten was unharmed. 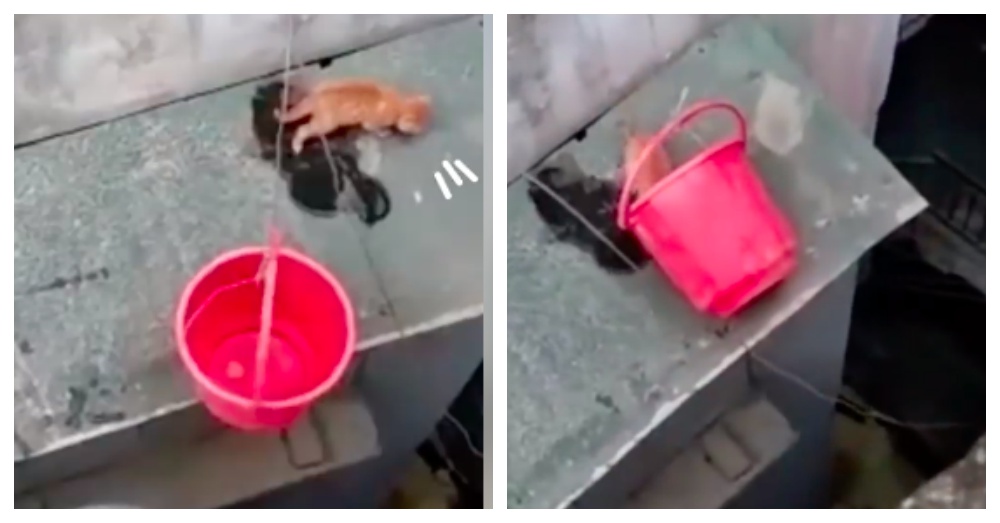 The heart-pounding video has been viewed by over 400,000 times. People were holding their breaths until the kitten was safe. One person posted, “Great job I was sitting on the edge of my seat watching this hoping he stayed in the bucket 👍👍👍👍👍👍👍👍👍👍🤣.” 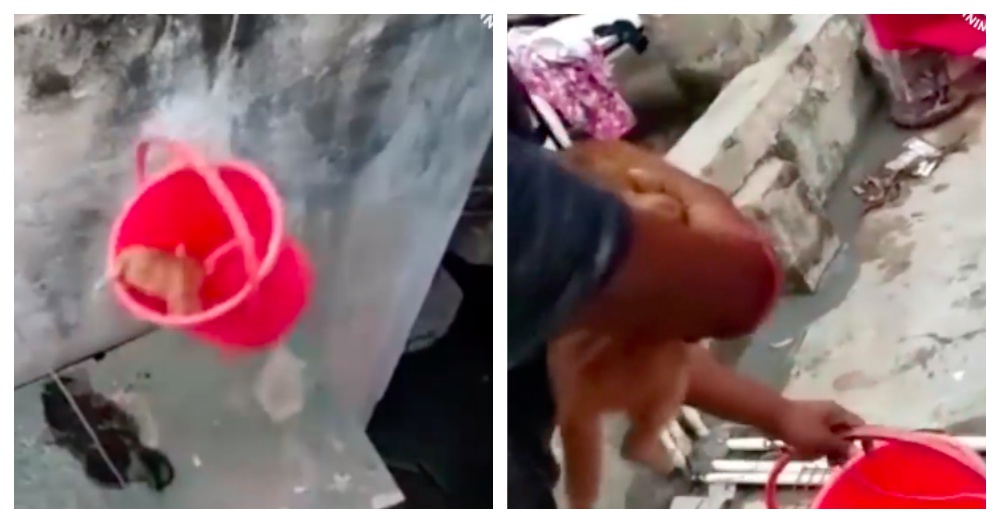