Cat Found On Valentine’s Day With Arrow Through Its Head, Rescuers Named Him ‘Cupid’

It was Valentine’s Day when an orange tabby cat with an arrow through its head was found near the border of Virginia and West Virginia.

The cat was found by the Potomac Highlands Animal Rescue Group. Though the cat was still alive, the rescue group members knew it was in desperate need of medical attention. Unfortunately, that would also lead to several thousand dollars in medical bills, which the group could not cover.

The Animal Welfare League of Arlington stepped in soon after hearing about the cat.

“As soon as we heard the story and saw the pictures, we just had to take him,” Chelsea Jones, the league’s communications specialist, told WTOP. 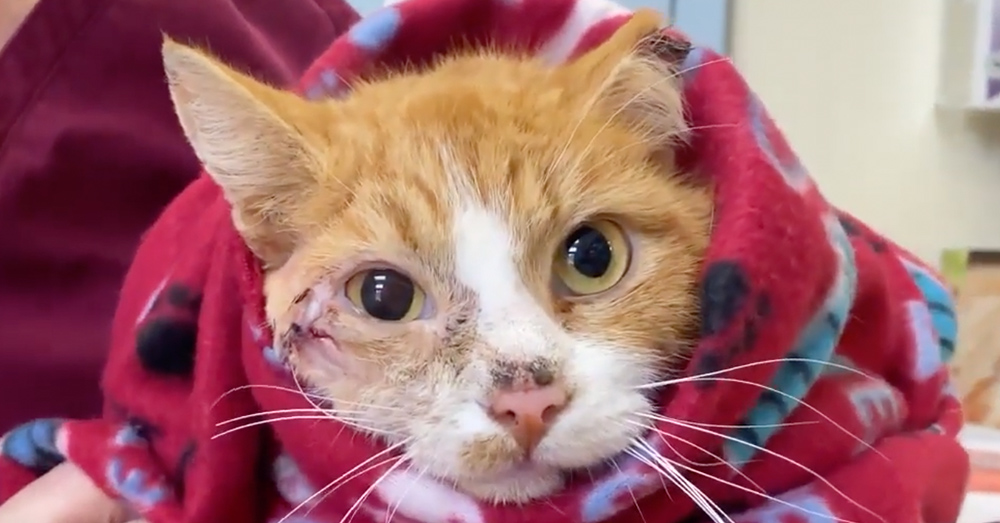 Source: YouTube/ABC 7 News – WJLA
This orange tabby cat was found with an arrow sticking out of its head.

The cat was soon transferred to the Arlington shelter, where staff were amazed by his resilience.

“When he arrived and we opened his crate, we’re kind of shocked to see this cat with an arrow shift sticking out of his face, is making biscuits. That’s when cats knead their paws,” she said. “It’s a very comforting, positive behavior. And he was purring, and he wanted us to scratch his tummy and his chin. And we just could not believe that this cat was being so affectionate and friendly in how much pain he must be in.” 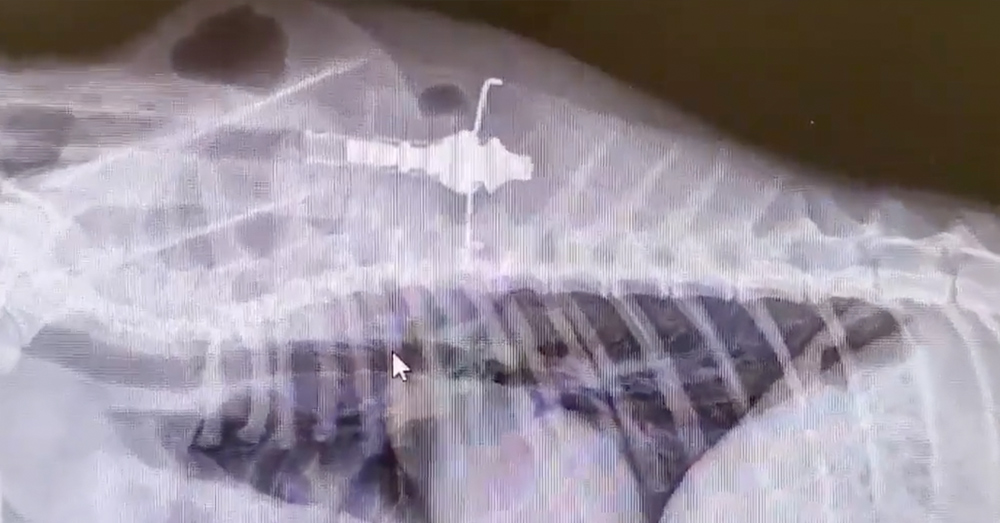 Source: YouTube/ABC 7 News – WJLA
A 5-inch arrow had been embedded in the cat’s head and body.

That’s when they came up with his new name.

“So, it was kind of right there and then, we were like, ‘We gotta call this guy Cupid,’” Jones said. 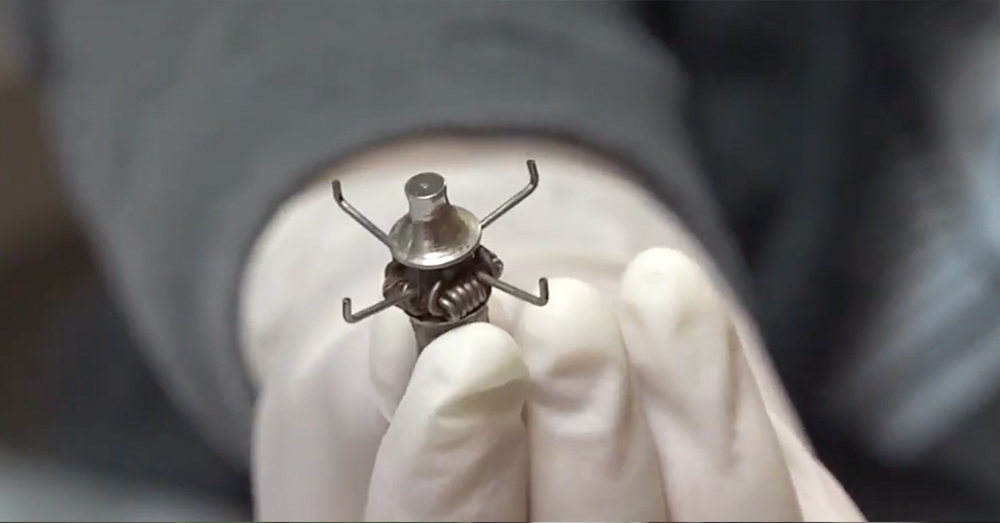 During surgery, it took a team of doctors two hours to remove the 5-inch arrow still protruding from Cupid’s head, WTOP reports. And they were amazed by what they found. Had the arrow struck Cupid just a few millimeters to either side, it could have pierced his eye, brain, or other vital organs.

“Unfortunately, the bigger concern is that he has a very severe infection related from the injury,” Jones said. “So, they had to clean out the wound and there was a lot to be done. I was in there the whole time watching, and it was a lot of work. But they were able to get most of it and sew him up, and get him on some pain meds and antibiotics.” 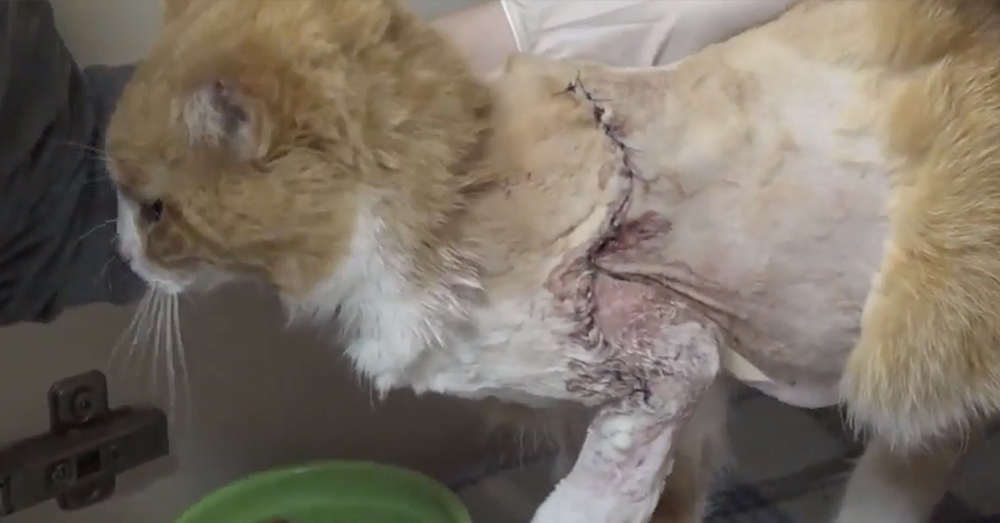 Source: YouTube/ABC 7 News – WJLA
Surgeons were able to remove the arrow and set Cupid on the mend.

The surgery complete, Cupid’s caregivers have since seen then cat regain his strength.

“He’s doing really, really well so far, so things are looking up for this little guy,” Jones said.

Cupid’s surgery left the Arlington shelter with a $6,500 bill, which they are already getting donations for, through an online campaign.

“In the end, if we’re able to raise more than $6,500, the great thing is that money enables us to do this again if we need to,” Jones said. “We never want to say no to an animal that needs help. So any funds that we raise past what Cupid needs for his care will go to help other animals that are in desperate need of life-saving care.” 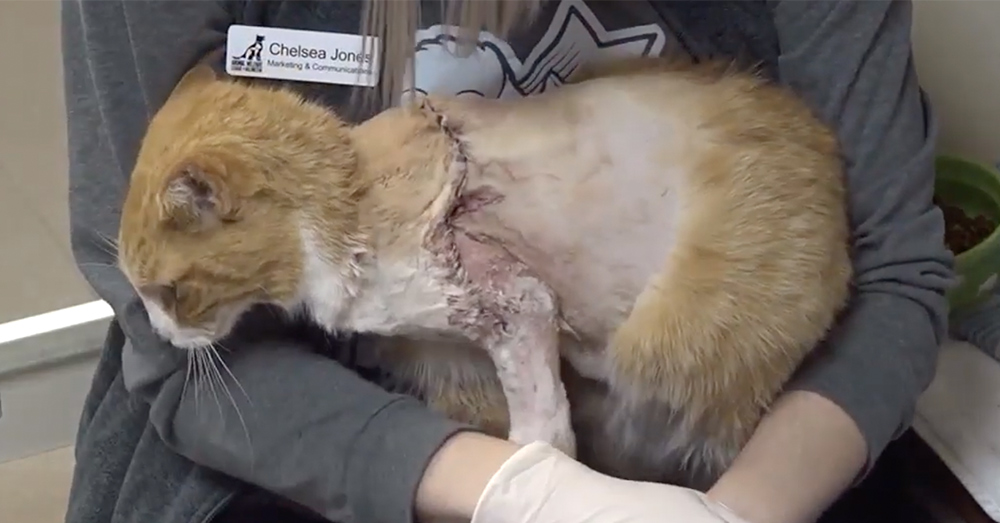 Source: YouTube/ABC 7 News – WJLA
Cupid is still healing, but he will be ready to be adopted out soon.

Cupid still has some healing to do, but before long, he will be ready to move into a new forever home.

“We’re not quite there yet,” Jones said. “We will be letting people know. We’re going to try to update people as often as we can.”

A Couple Is Changing The Lives Of Homeless People And Pets With Recycled Yoga Mats: Click “Next” below!