When a group of children playing outside their Arizona apartments found a small abandoned kitten, their first instinct may have been to play with it.

They soon realized, it was in no shape to play.

The children brought the kitten to their parents. Its rear legs, apparently broken in some earlier incident, had been wrapped up in crude casts. The adults got in touch with Kathy Hamel, director of Arizona Shih Tzu and Small Breed Rescue. 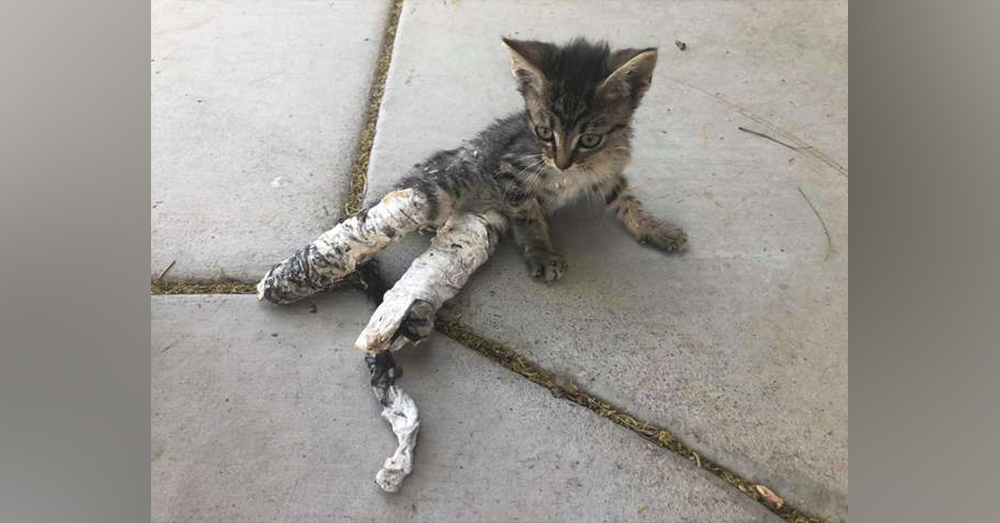 Source: Facebook/Kathy Hamel
Cupcake was found with crude casts on her hind legs.

“I knew the minute she arrived I would run her straight up to my vet,” Hamel told the Dodo. “When she was brought to me, there was a little girl maybe 4 years old who was one of her finders. She had named her Cupcake and I told her that I loved the name and would keep it!”

Hamel and the girl took Cupcake to the local veterinarian to see what could be done for the injured and emaciated kitten. 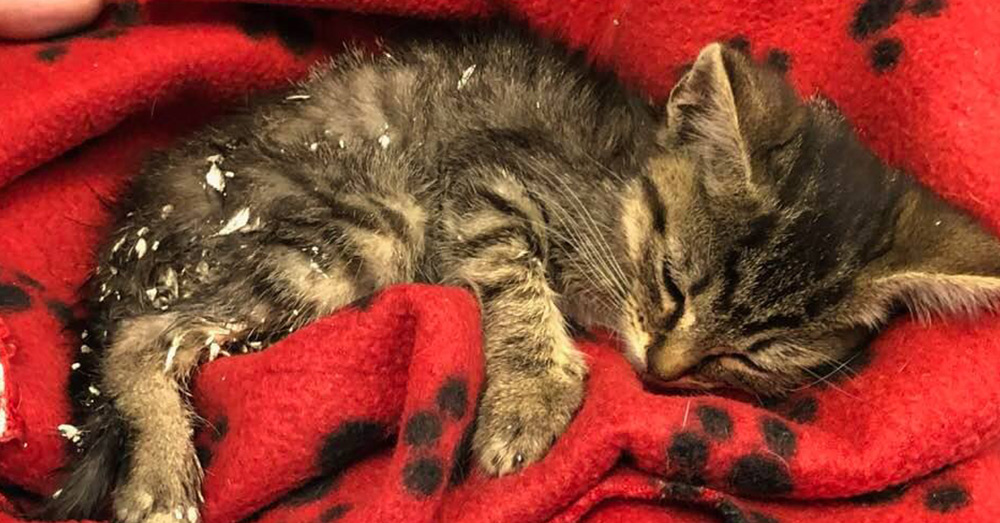 Source: Facebook/Kathy Hamel
A vet had to soak the casts to remove them.

“She was quite a sight,” Hamel said. “I have to admit I have never seen anything quite like it. Besides the strange apparatus that she was dragging around behind her she was so incredibly tiny! She looked so much bigger in the picture I had been sent.”

The veterinarian started to remove Cupcake’s casts. Having been applied so tightly, one of the casts needed to be soaked before it came off. They expected the worst. The abandoned kitten’s legs might have been impossible to save, only being held up by bits of fabric and wood.

They were surprisingly fine. 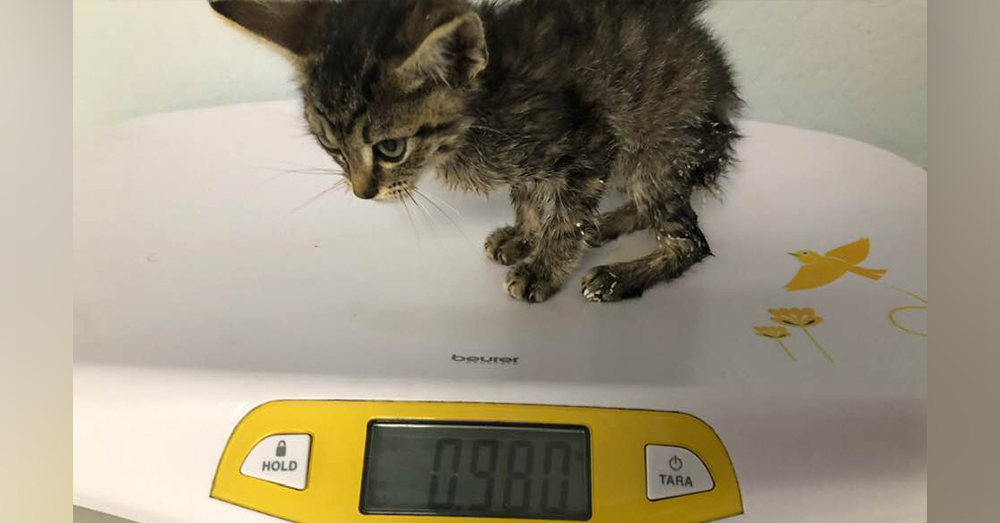 Source: Facebook/Kathy Hamel
Cupcake weighted less than a pound without her casts.

It’s unclear who put the casts on 6-week-old Cupcake and left her outside, but it took little time for her to warm up to her new human friends.

“She is a tough little girl with a wonderful spirit,” Hamel said. “She has been so tolerant of all the pulling and washing and prodding and needles and thermometers and being handled by countless people, all who are only trying to help her. She purrs and craves attention and seems to hold no ill will towards humans for whatever they have done to her.” 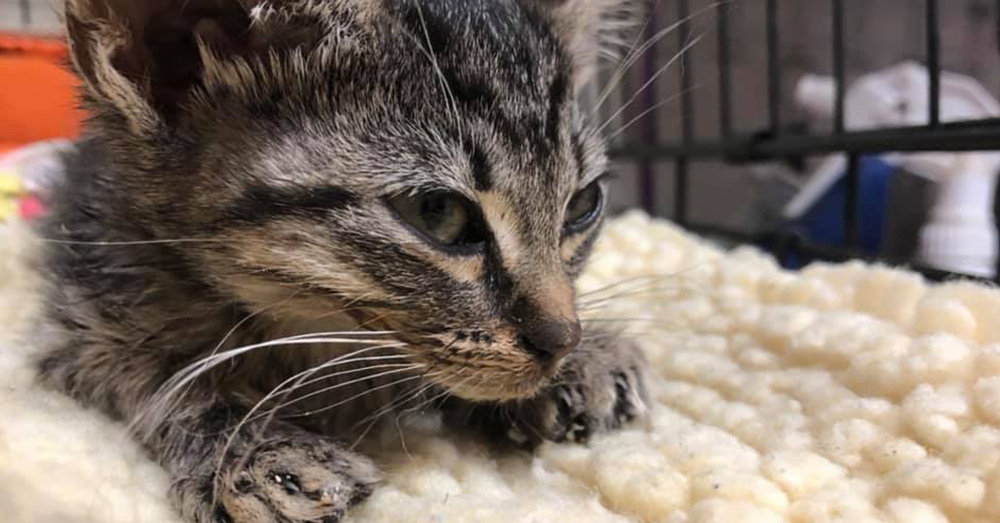 Source: Facebook/Kathy Hamel
She now has a foster family arranged and waiting to take her home.

The kitten weighed only a pound then the casts were removed, and still needs to gain some weight before she can leave the shelter. Thankfully, Cupcake already has a foster family waiting to help her along as she recovers. 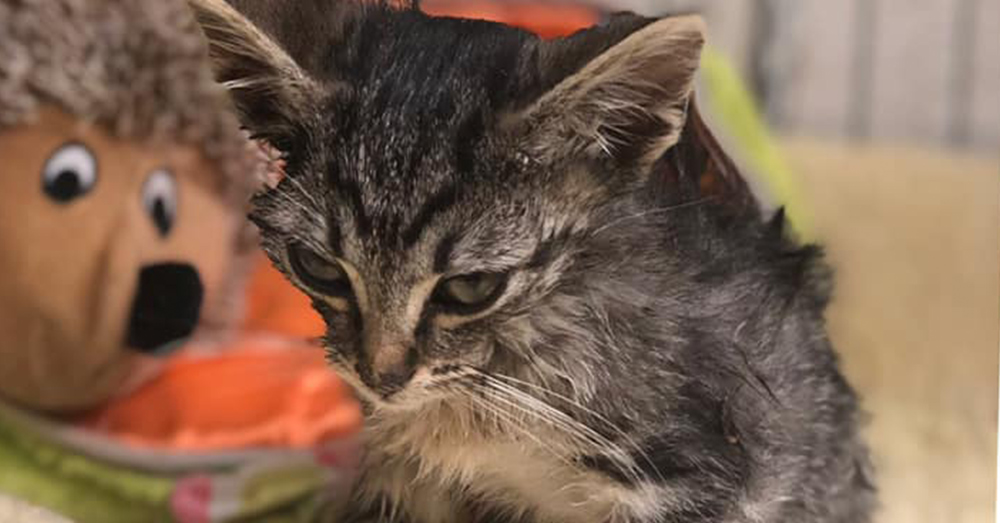 “She pushes her head against your finger to make you rub on her and scratch her head,” Hamel said. “She loves to be petted but is so tiny you can only pet her with [a] finger or two and not a whole hand yet.”