As pet owners, we just want the best of the best for our animals. Whether that is something we purchase for them or something that we construct, we just want to show them how much we care for them. One Canadian mom, Anna Parker, has turned a storage cupboard into a posh dog house for her nine-month-old Bernese Mountain Dog and Australian Shepherd mix, River.

With the help of Brett, her husband, and her five-year-old daughter, Ivy Lux, the family went all out with the DIY and gave River the doggie a dream home. Anna was inspired to DIY a dog room for River after renovating the family basement. Her husband suggested that it might be a good idea to knock down a wall so that their large dog could have an area of his own.

However, Anna wasn’t about to just leave it at that. She knew that if they were going to be doing a DIY project for the dog, they were going to be putting their best efforts into it. She wanted to give it a special adornment with personalized touches. And that is exactly what she did by creating a miniature version of their home. Anna even added a house number to the outside – same as theirs – and decorated the inside of the cupboard with wallpaper and laminate flooring. Anna even included some personalized wall art for the pooch to enjoy. 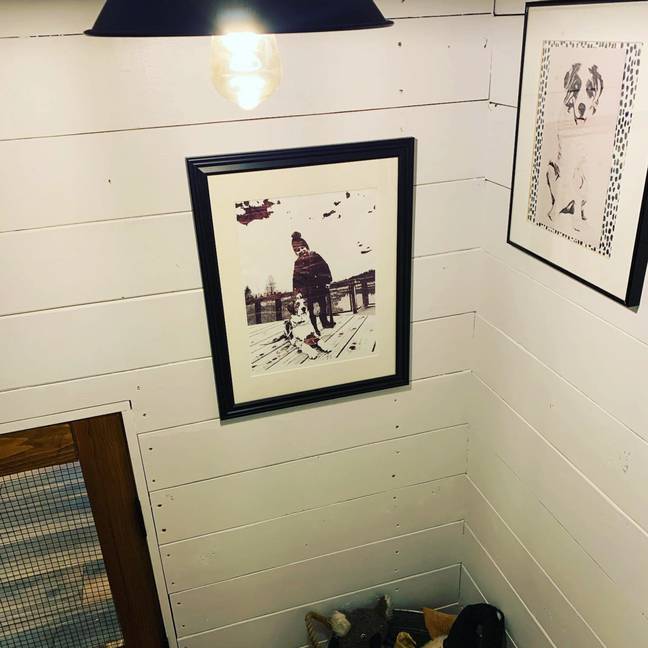 As she revealed, she was motivated to make the space feel warm and attractive rather than just another storage closet. Prior to her redecoration, the space wasn’t anything special. But she showed how with some personalization and thought, even a tiny area can be transformed into something luxurious.

It became a nice little haven that was very reflective of their home – the only difference being that the color slightly strayed from what their house is painted. The lighting as well as the actual address are the same as the Parker’s household. 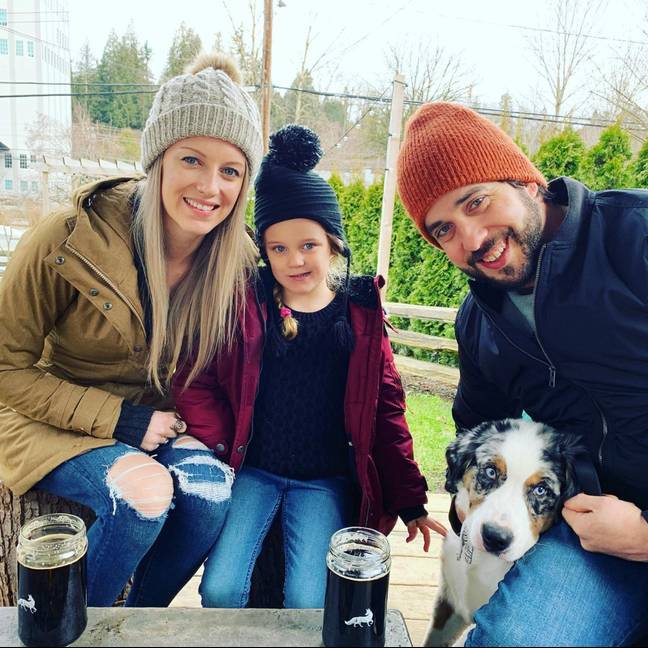 Anna went on to say, according to TYLA, that while most people online have been quite fascinated by the work she’s done, the people that are closest to the family are not surprised by the lengths they went to decorate a space for River.

Both Anna and Brett adopted River into the family after the tragic passing of their 5-year-old son, Joplin, who had an incredibly rare genetic mutation known as the HECW2 mutation. It causes neurological degeneration. River provided a lot of comfort for the grieving family, and the pup tightly bonded with Ivy Lux. The two of them even celebrated River’s new digs with a sleepover when the project was complete.

Anna further shared that the entire undertaking didn’t break the bank. She only paid roughly $100 on extra wood, plus about $25 for a new door handle. All the other materials were already lying around from the previous renovation project. 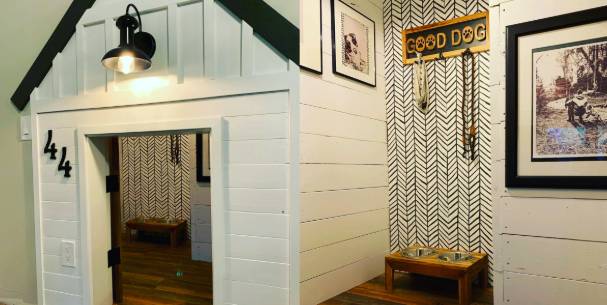 Anna never expected that her project would end up going viral online. But she did mention that she found it quite amusing that there were many women online who were tagging their husbands in her post.

Overall, Anna is quite pleased with how it all turned out. She was more thrilled that it provided a lovely bonding experience for her family in spite of the loss they suffered from Joplin. She really just wanted to do something nice for the dog that gave so much love and comfort to all three of them. And I think we can all agree that what she ended up creating for River is nothing short of special – that is one beloved pooch!