It’s an old saying that an elephant never forgets, and apparently neither does a swan.

Richard Wiese, a noted explorer, television host and bestselling author, discovered this firsthand when he helped an injured swan in England, only to receive a grateful hug from the same animal years later. 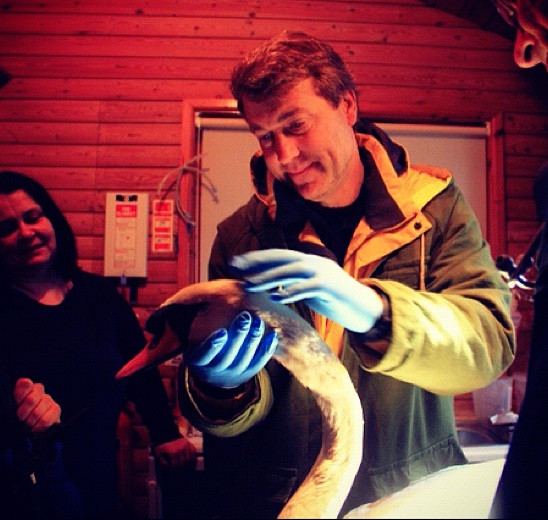 At the time of the initial incident, the injured swan had flown into a chain-link fence and hurt herself, and Wiese was on hand to assist. Upon his return to the sanctuary some time later, the swan relaxed enough to give the intrepid explorer a heart-to-heart hug before the swan was transported back to her home after a successful rehabilitation. Wiese remembered the moment by saying he could “feel its heart beating and it just relaxed its neck and wrapped it around mine.” The host could feel the animal trust him. 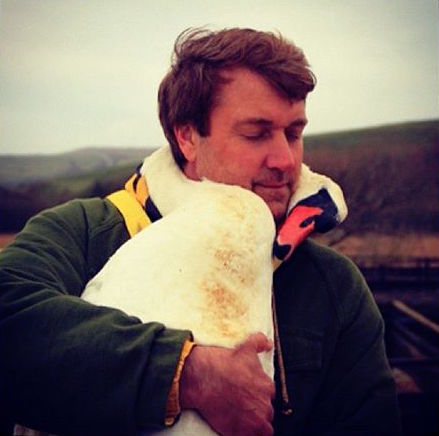 Pictures of the swan-human interaction look as if the swan hugs and snuggles the man who rescued her and helped her. The photograph of the moment, posted to Born to Explore’s Facebook page, received more than 20,000 comments. Wiese notes that photos posted to that Facebook page normally get 10 comments each. Wiese’s experience resonated with a lot of people who understand the nonverbal communication between man and animal.

Wiese refutes the notion that swans have a reputation as an aggressive species. The birds may become territorial as they try to defend their nests, but apparently swans feel completely relaxed and calm once someone offers them a comforting hug. 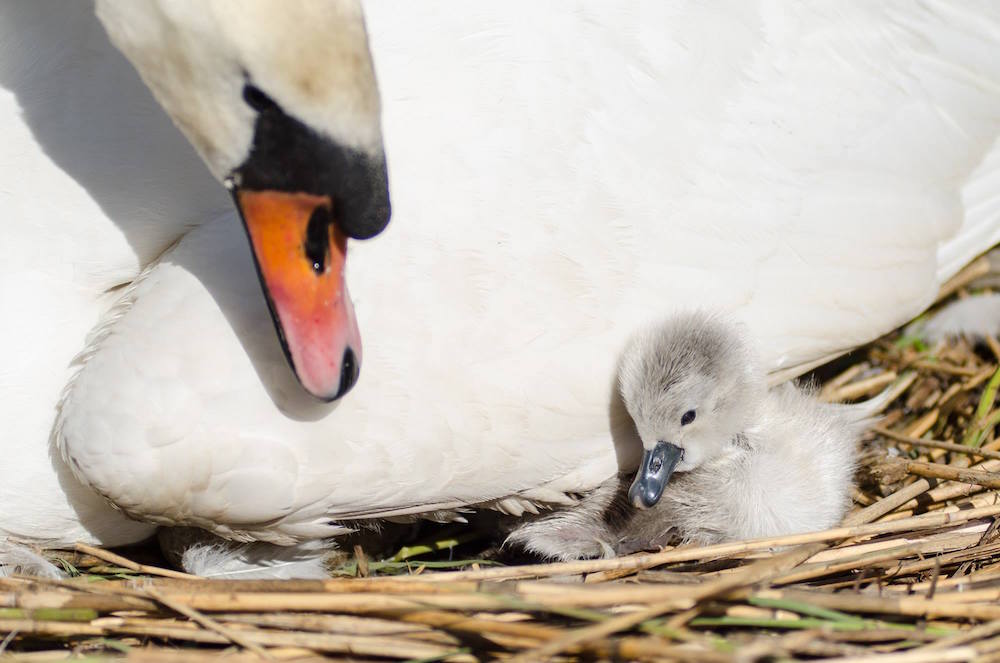 Wiese says the key is to become familiar with the animal’s behavior, much like when a person meets a strange dog. If someone works with dogs on a regular basis, that person should know how to handle a dog that he has never seen before. The swan-to-human hug was the same way; Wiese knew how to approach and handle the bird in a way that showed he could be trusted.

Heartwarming interactions like this could be common if more people made an effort to get in tune with the wildlife around them, as Richard Wiese did. Get in touch with your backyard wildlife with this unique hummingbird swing.