Archer is one lucky dog. The border collie mix survived massive flooding in the Houston area, and she was rescued from rising waters when a news crew boat from KPRC was surveying damage along the Brazos River. Her near-death experience turned into joy just a week later. 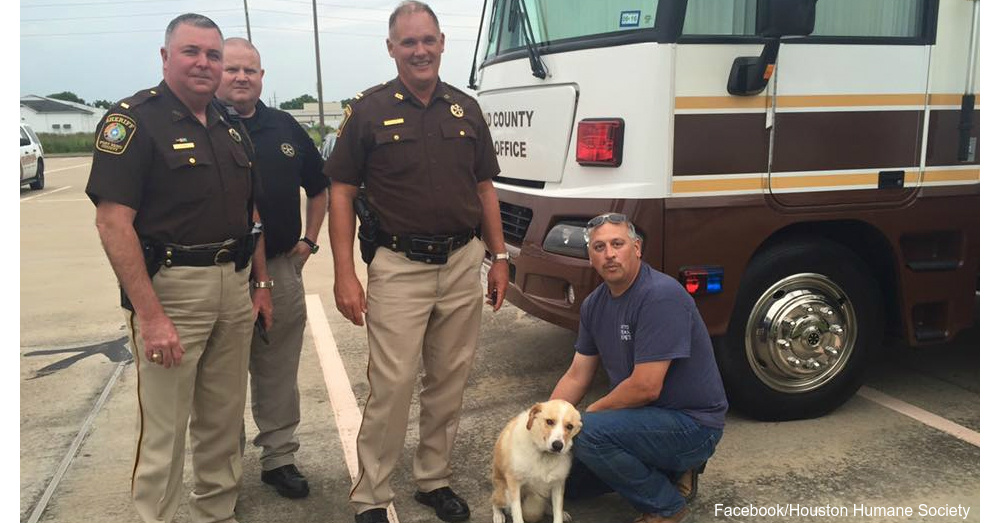 Fort Bend County Sheriff Troy Nehls adopted Archer after he and his family came to check on the pooch at a local shelter. Archer licked all over the Nehls family for an entire afternoon. The Nehls family decided, by a unanimous vote, to add Archer to its pack. The family already has two dogs, and Archer seems to fit right in. One adorable photo on the sheriff’s Facebook page shows Archer asleep on the floor with one of the girls. Nehls said the only water Archer swims in now is the swimming pool in the back yard, thanks to the pup’s new owners.

The former owners have yet to come forward to claim Archer, who was found in water up to her neck and chained to a front porch. Nehls says he plans to visit the owners after seeing the infuriating situation. The owners may face animal abandonment charges. 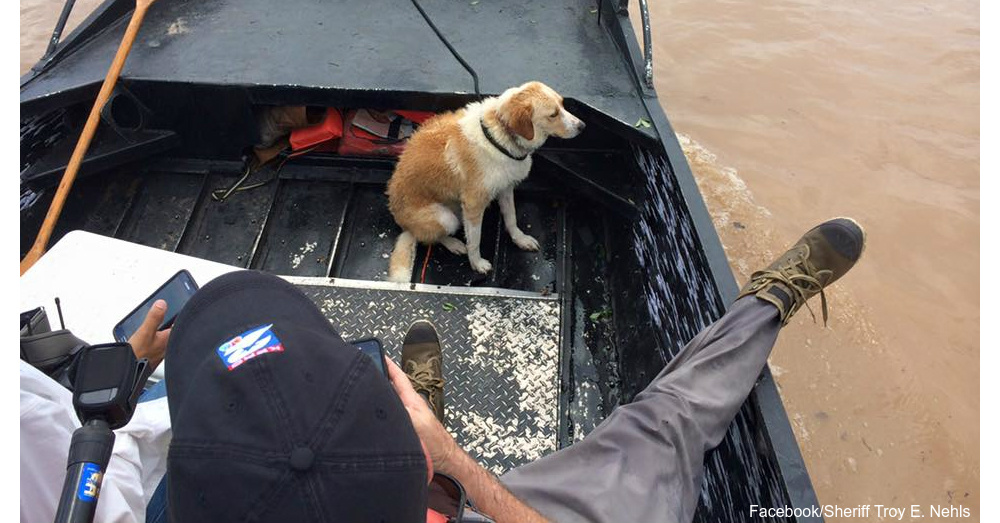 The original story of Archer made national headlines as the KPRC crew rescued the dog and a few others along the swollen Brazos River. The exhausted dog recovered at the Houston Human Society, where she was exhausted and very frightened. When Archer arrived, she kept her tail between her legs. Officials at the agency believe the dog would not have lasted much longer in the flood waters because she was so tired of fighting the current of the river. A week after her harrowing incident, the Nehls family took Archer home.The news crew rescued Archer in the team’s airboat with the sheriff alongside. This video shows the original story of the adorable dog left in a deplorable situation.