Tom Turcich waited six years to start his around-the-world adventure. He saved money, planned his route and then started walking in April 2015. His goal is to trek across all seven continents, even Antarctica, as a way to live life to the fullest. When he reached Texas, Turcich made a crucial decision to add a traveling companion. 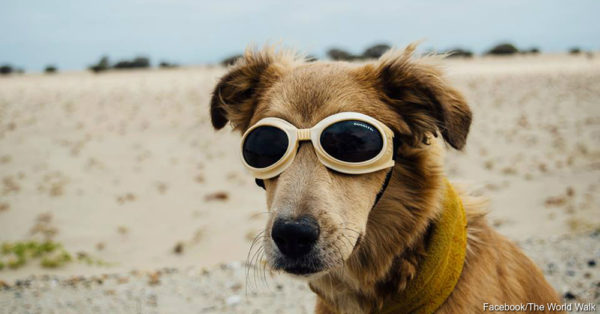 After walking from his home in New Jersey to Texas, Turcich made up his mind to adopt a dog for the remainder of his journey. Savannah, whom Turcich described as a “mange-ridden street pup,” walks every mile next to him. Savannah is his constant companion and protector. The 27-year-old adventurer said traveling with his dog is a breeze because he has the necessary paperwork, an International Certificate of Health signed by a veterinarian and her proof of rabies vaccinations.

Adventure of a Lifetime 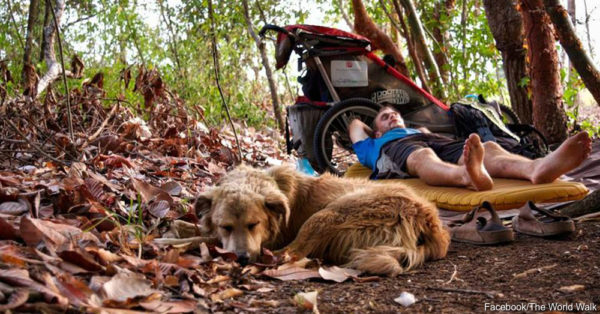 The pair often walks 30 miles per day using minimal provisions. Turcich carries all of their supplies in a rugged baby stroller so that he doesn’t have to carry anything on his back. Initially, Turcich found it difficult to walk 15 miles daily without getting muscle cramps toward the evening, but his body quickly became used to the walking, and now he and Savannah can make 30 miles every day. He says Savannah accomplishes the distance easily and without much effort.

Losing a Friend, Then Adding Another 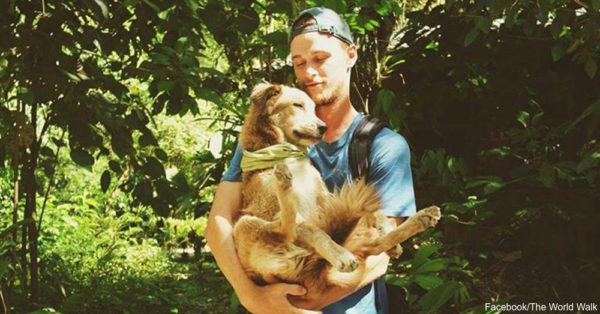 The idea for Turcich’s journey came out of a tragedy. When he was 17, he lost a close friend. Her death inspired Turcich to embrace the fragility of life with everything he had, so he saved up money and planned his walking route. Turcich expects the trek to last five years. He started in New Jersey and then shifted towards South America. From there, he plans to take a boat to Antarctica before flying to Europe. There, he’ll continue to walk through that continent before setting off to Africa and Asia. After picking up Savannah in Texas, Turcich can’t imagine his trek without her. This story shows what a human and a dog can accomplish together if they share the same purpose and goals. Check out this cutie named Escher — he loves hikes and has the cutest head tilts — so maybe he could join Savannah and her traveling companion.