Susan Crawford said it felt like being trapped in a nightmare. Her beloved horse, Playdoh, had disappeared, and despite her best efforts to find him, it seemed like the odds were getting slimmer and slimmer. Luckily, her hard work to find Playdoh ended up paying off, as three hikers found the horse and reunited him with Crawford.According to The Baltimore Sun, Playdoh’s disappearance occurred on May 27, when Crawford took him on a ride. As they went down the trail, it gave way a bit, scaring Playdoh. Crawford dismounted to avoid injury, but Playdoh ran off into the woods. 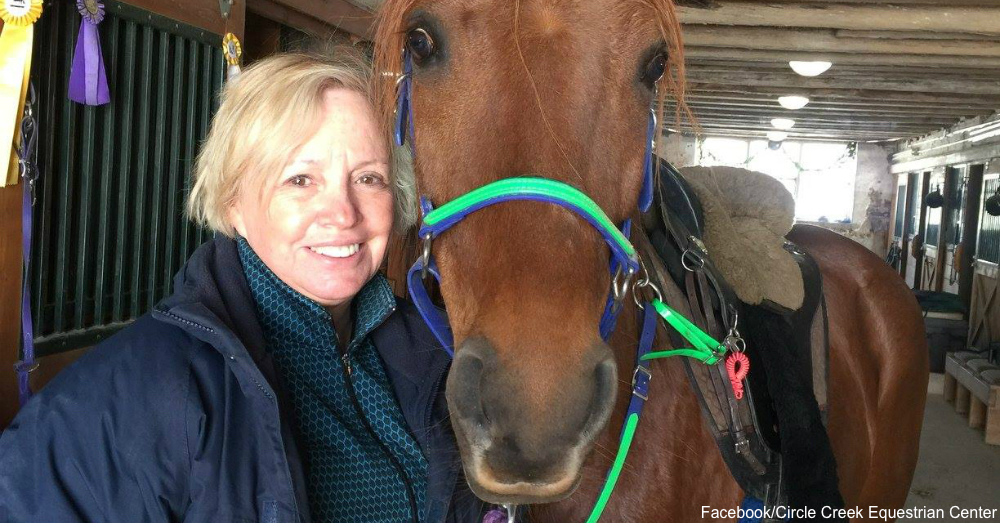 Crawford looked everywhere, but she couldn’t find her horse. She started a massive search party that included fellow members of her equestrian club, state police, country police, mountain bikers and hikers. She spread the word on social media, through a Facebook page titled “Where Is Playdoh?” Crawford told Little Things that the group even tried searching with helicopters and drones, but the terrain rendered both ineffective.

Hundreds of volunteers contributed by searching and putting up flyers, but after 11 days, Playdoh was nowhere to be found. Crawford couldn’t eat or sleep, and she hoped every morning that she’d see her companion trot back into camp. 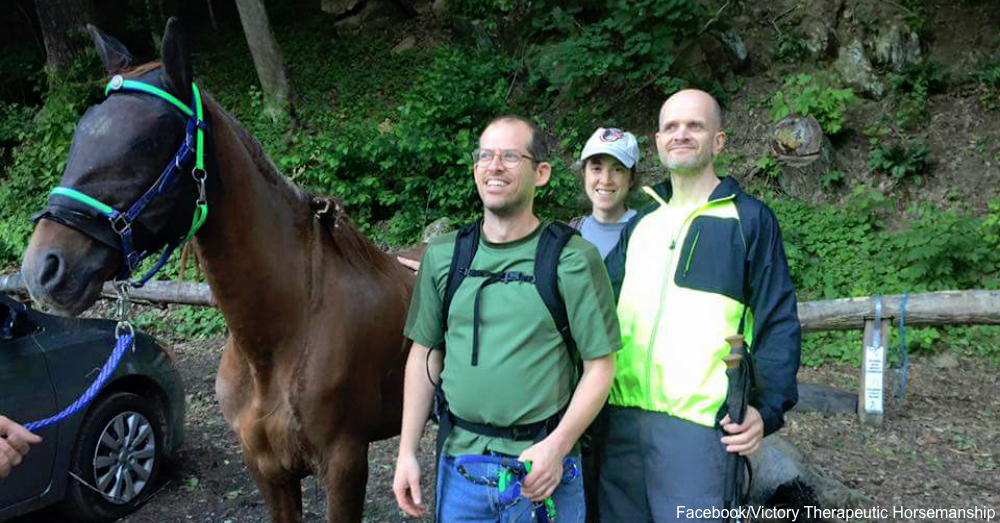 Finally, the call Crawford had been hoping for came. Three hikers found him, and they met her at the nearby Woodstock Inn.

Playdoh was in good shape, all things considered. His saddle was still on but it had slipped, and the collar had given Playdoh a gash. However, a veterinarian gave the horse a clean bill of health overall, and the wound healed quickly. Crawford is overjoyed not just that she got Playdoh back, but at the amazing response of the community when she needed help.Susan Crawford took action immediately when her horse ran away, and it made all the difference. Playdoh returned to his loving home, but many abandoned horses await our help.