This Lucky Dog Was Saved on Arizona Highway!

On a warm Friday evening in Mesa, Arizona, a dog named Summer decided to run away from her fenced-in yard after her owners left the gate unlocked. For two scary days, the pup’s parents had no idea where she went. Then a miracle happened during the Monday morning commute. 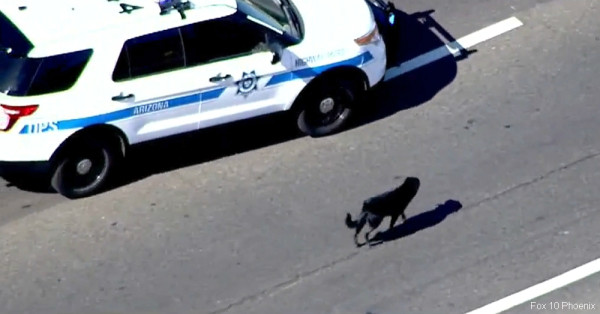 Summer made it to U.S. Highway 60 at the height of rush hour. News cameras and traffic cameras captured part of Summer’s adventure as she stopped cars filled with people going to work. Several motorists tried to coax the dog into their cars, but the feisty pup didn’t want to go along for the ride. Troopers from the Arizona Department of Public Safety tried to step in and help, including stopping traffic, to no avail. Finally, a bystander took action. 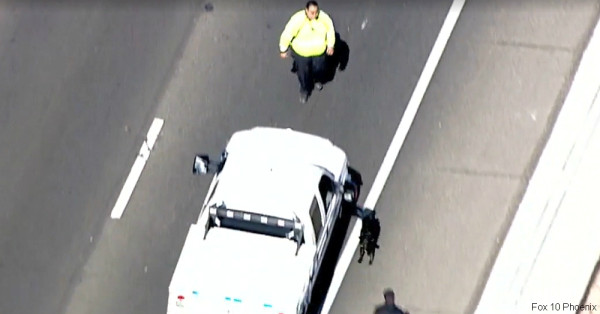 Patrick Flanigan was on his way to the office when he saw the dog. As a person with kids and a four-legged member of the family himself, Flanigan felt as if he had to help because he would want someone to find his dog if this situation happened to his family. He finally got close enough to Summer and grabbed her. Even though the dog bit him out of fear, Flanigan held on to her until animal control could rescue her. The entire ordeal lasted about 40 minutes, at which point authorities had to decide what to do with the animal. 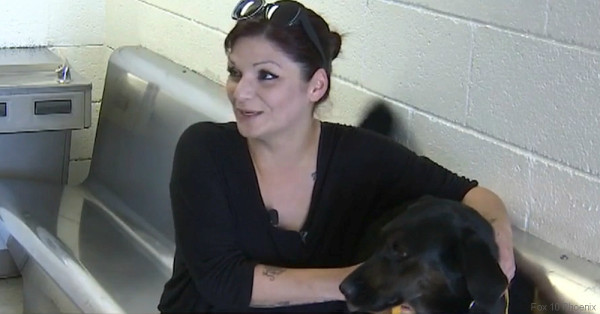 Summer’s owner, Kelly Nichols, heard about the runaway dog through Facebook around noon on Monday. She found her beloved pooch on Monday afternoon at a shelter. Summer had to be quarantined for 10 days because she was not up-to-date on her rabies vaccinations, but at least she had a happy ending. Nichols vows never to let her dog be without a collar or ID tag again. Summer’s reunion was a joyous, tearful occasion after a stressful two days for her family after escaping from her yard. Help provide a fence and an insulated doghouse for low-income pet owners with outdoor dogs.