Losing a pet is never easy, so when Buddy’s owner was told he only had six weeks to live, she was devastated. She responded by creating a bucket list of things to do, and the results were better than anyone could have imagined. Buddy, a 6-year-old Australian cattle dog, was diagnosed with terminal cancer. 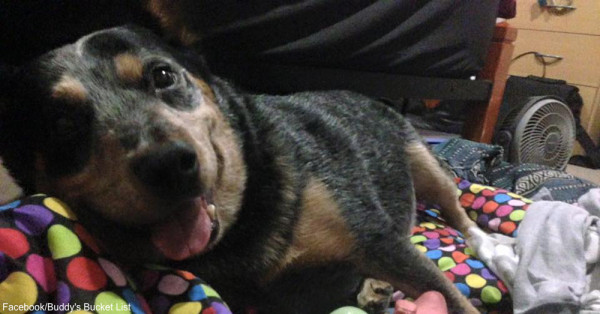 His owner, Emily Mochan, was struggling to cope with the news when a friend made a suggestion: Make the last weeks of his life as fun as possible by creating a bucket list for him. She did, and she decided to share it on Facebook to help others who were in a similar situation. The page, titled Buddy’s Bucket List, attracted more than 14,000 followers who shared Buddy’s final adventures with Emily.

Thanks to Emily’s creativity, Buddy had all sorts of adventures. He modeled silly costumes for photo shoots, “paw-painted” pictures on canvas and got to sit in a police car. 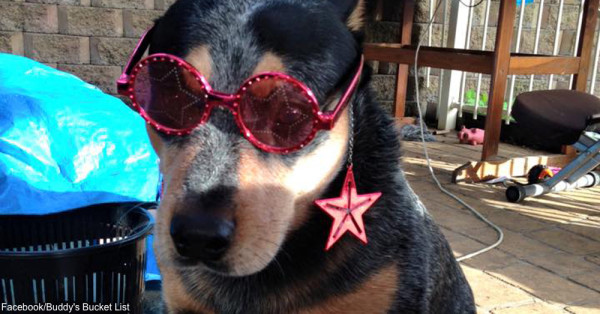 He even became an honorary service dog to help raise awareness and assist others. Although sometimes he was slow and limping due to his illness, he eagerly participated in every activity.

Buddy outlived the vet’s estimate, surviving an additional nine weeks after he and Emily got the bad news. They spent his last night cuddled up in bed and even played a few gentle games of tug. 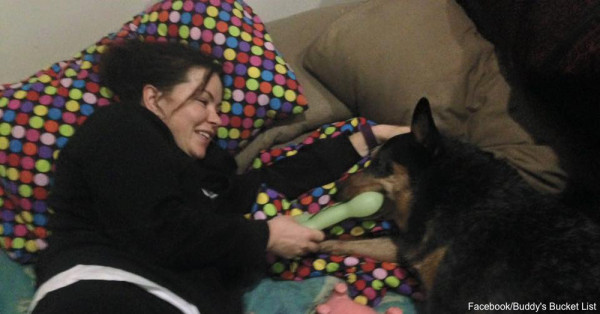 Only one item wasn’t checked off of Buddy’s bucket list: helping other animals.

However, he was able to achieve that after his death. Emily donated his toys to the RSPCA, as well as money she had raised through a GoFundMe account set up in Buddy’s honor. People around the world who were touched by Buddy’s story donated money to their local animal shelters in his name, and other owners in similar situations were inspired to create their own bucket lists to help them say goodbye to their beloved pets. Although a terminal diagnosis is always difficult, making the best of the remaining weeks can help everyone say goodbye.