These Loving Mother Cats Adopted Puppies With No Questions Asked

A mother’s instinct has no boundaries, and for two mother cats in a Georgia animal shelter, that includes the species barrier. The cats had no problem taking in and nursing orphaned puppies alongside their own kittens, showing that nothing is stronger than a mother’s love. After their own mother was killed by a car, two 2-week-old puppies were brought to the City of LaGrange Animal Shelter in Georgia. The orphaned puppies were too young to be weaned to solid food. In the past, the shelter had matched orphaned puppies with nursing mother dogs, but none were available at the time. However, there were two nursing mother cats with litters of their own. To the joy of everyone, the cats took on one puppy each without a problem. Shelter supervisor Chris Bussy adds that the puppies and kittens sleep together as if they were family. 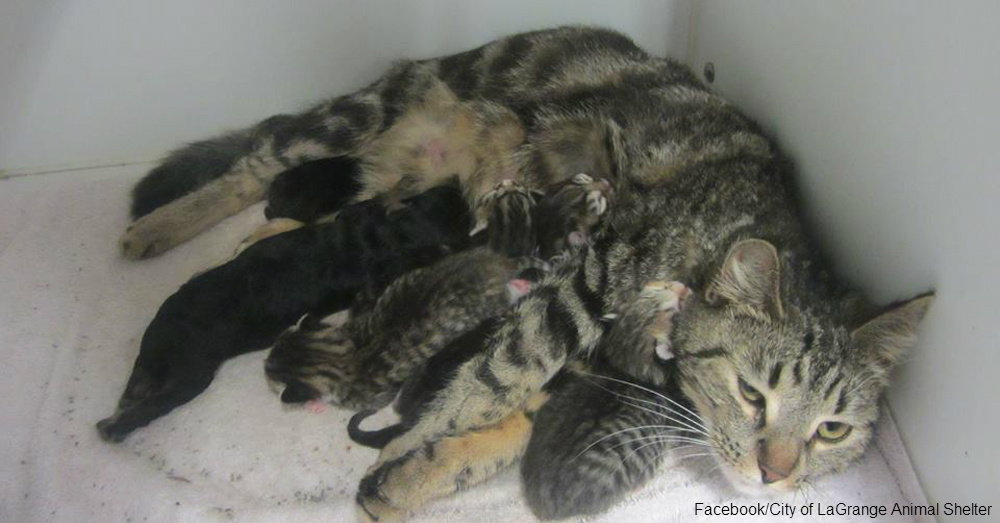 The shelter received the mother cats and their kittens from a man who couldn’t care for them because he had too many cats. These types of all-too-common situations keep shelters all over the country overflowing with abandoned animals. Fortunately, good things can come from even the most dire situations. Thanks to these two loving mama cats, two puppies got to snuggle up into warm fur and drink nutritious milk rather than depending on formula from the hands of a shelter worker. When the kittens and puppies became strong enough, the shelter sent them and their mothers to the Michigan Humane Society’s Westland campus on March 31 to get on the path to finding their forever homes. The reality of orphaned and abandoned animals is heartbreaking. However, the motherly love of these two cats, as well as the hard-working shelter staff who ensured the health and safety of all animals involved, has brought a glimmer of hope to people everywhere. Read more rescue stories like this one here.