Neighboring Cats Fall In Love, Spend Hours Gazing At Each Other Through Windows

Some say distance makes the heart grow fonder. Such estrangement definitely cemented the bond between two California cats who spend hours gazing at each other through the windows of their neighboring apartment blocks.

Earlier this week, MacKenzie Coffman suspected that her orange tabby, Simon, might have developed feelings for the cat next door. The orange tabby would patiently wait in windowsill for hours until a beautiful Persian appeared in a window across the way. 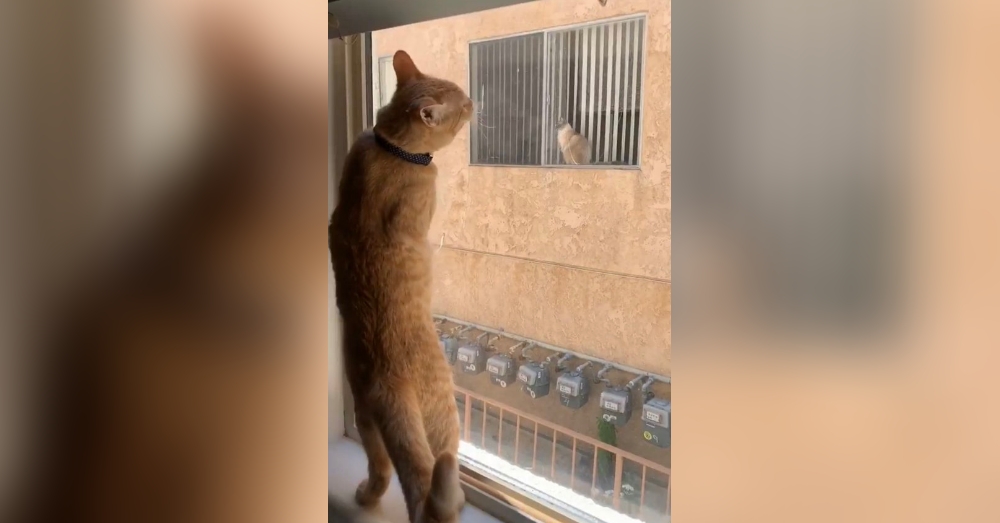 Fortunately, the object of Simon’s affection seemed to return the lovesick cat’s affection. Whenever the neighbor cat did finally make an appearance, the pair would gaze at each other from their respective windowsills.

“My cat Simon is in LOVE with my neighbor’s cat and waits all day for him. Will keep y’all updated,” MacKenzie Coffman wrote on Twitter. Within hours, the love story had quickly gone viral.

My cat Simon is in LOVE with my neighbor’s cat and waits all day for him. Will keep y’all updated pic.twitter.com/Jh1Hrg2WYz

As this flirtation continued, Simon and Theo’s owners realized that the cats hadn’t yet been properly introduced. “What is your cat’s name?” Simon’s mother, Mackenzie, wrote on a note taped to the window. 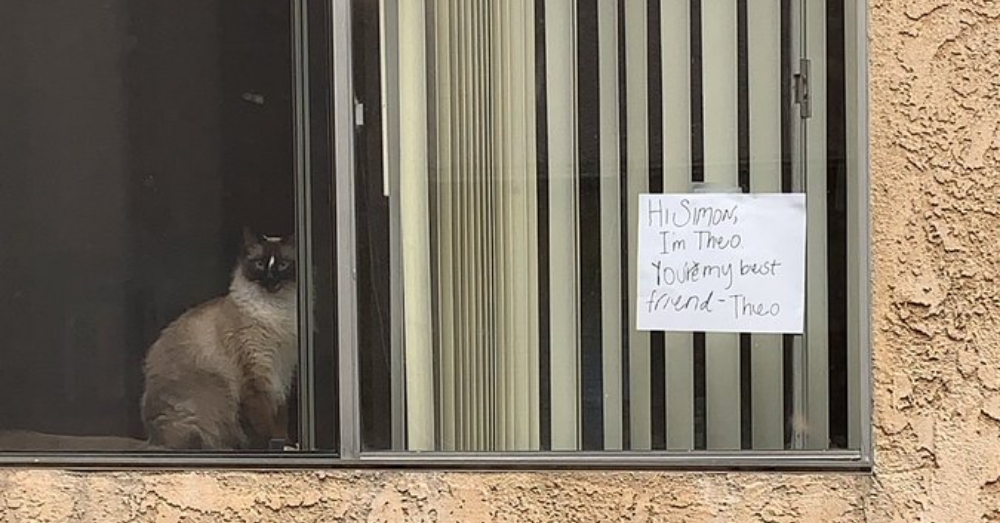 “Hi Simon, I’m Theo. Your [sic] my best friend!” Theo’s pet parent responded. In time, the pet parents even opened the windows so their handsome cats could communicate through open screens.

After news of the cat’s budding romance went viral, Simon posted another missive to let his beloved know of their new internet fame. 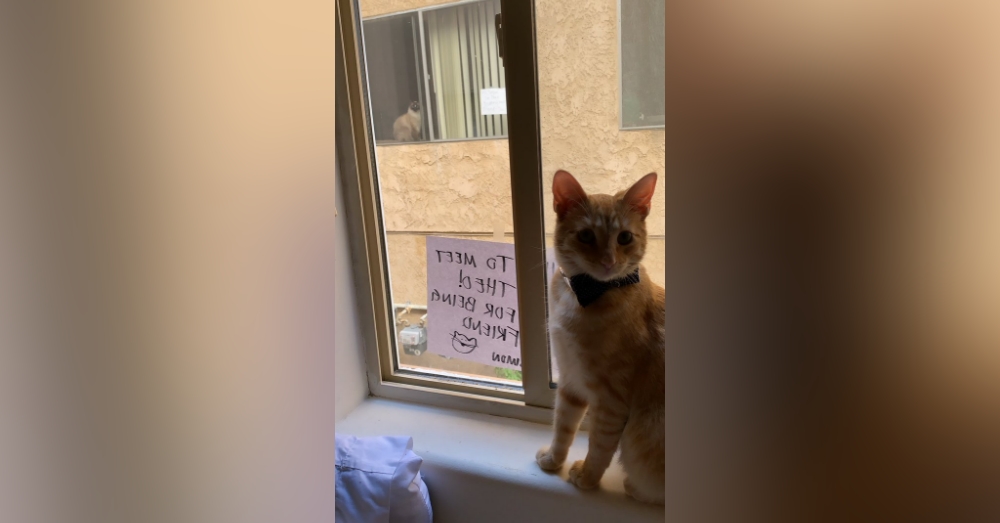 Most users were tickled by this furry twist on “Romeo and Juliet,” although some sticklers couldn’t get over the fact that Theo had used “your” instead of “you’re” in his original missive. This led the cat to post a typically “catty” apology: “Sorry for the spelling error. After all, I’m a cat.”

There’s no word on whether Simon or Theo will ever officially meet, which bears all the hallmarks of a modern Shakespearean tragedy. But a long-distance romance is still better than nothing! We wish you two the best!