In Batumi, Georgia, a stray dog named Kursha is proof that dogs really are man’s best friend. This stray dog appointed himself the role of a crossing guard in order to safely escort a group of children across the road.

The kindergarteners were attempting to cross the street accompanied by a chaperone, however, several cars still continued to drive through the crosswalk where the children were trying to walk.

Kursha, the dog, was not appreciating the callousness of some drivers, so he jumped into the street, barking loudly, and stopping traffic in order for the children to be able to safely get across the road. 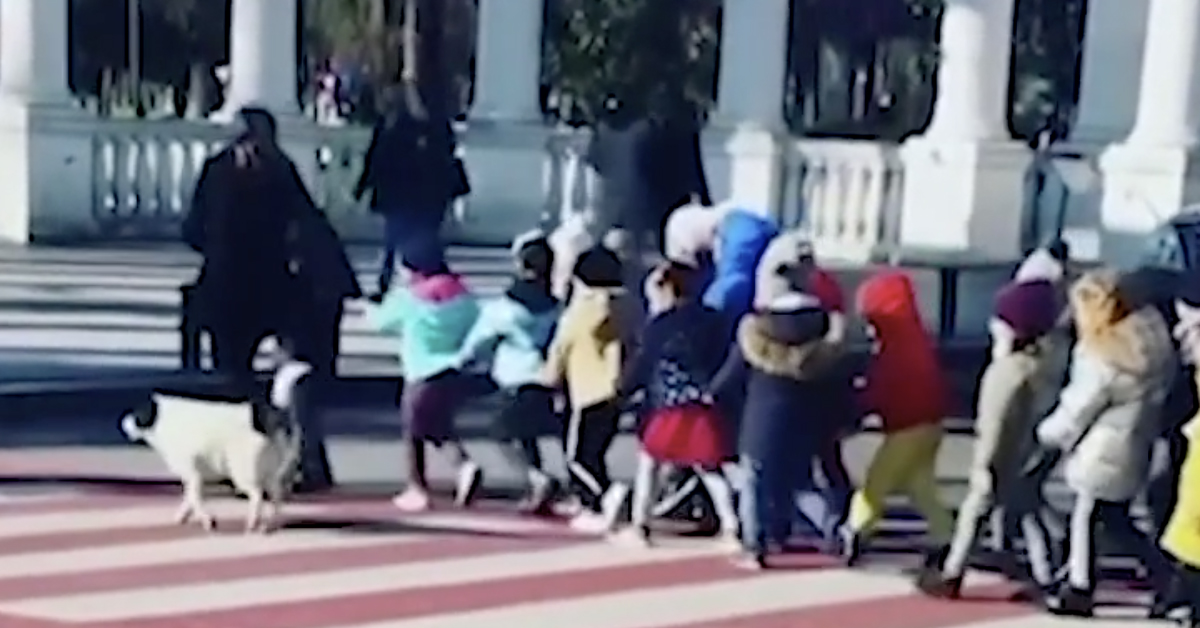 The entire scene that played out on the streets was caught all on camera by another pedestrian named Beqa Tsinadza. The video has made Kursha an internet sensation. So, since he is a stray dog, my final question for the world is, can we please help find this dog a home?

Watch the heartwarming video below: