This Rescue Group Thought They Were Getting 5 Adoptable Dogs, And Then The Owner Showed Up…

A call came in to a rescue group from a man who claimed he was unable to keep his dogs due to concerns about his landlord. The rescue group expected five adoptable dogs. They certainly NEVER expected this!

The dogs’ owner called Critter Mama Rescue, Inc. in Ruskin, Florida asking for help. He couldn’t keep his beloved Lhasa Apsos any longer, fearing his landlord would find out about them. The group arranged to meet with the man in a nearby parking lot.

“The concept of having five adoptable, well cared for Lhasas sounded fine,” Robin Roberts, the group’s founder, told The Dodo. The rescue group mainly helps people who can’t care for their pets due to an illness or other hardship.

Roberts and another volunteer, Connie Phoebus, stood beside the owner’s van. The dogs’ owner reached inside to pull out the first dog and that’s when their excitement turned to horror.

Roberts said, “These creatures didn’t have faces or feet. They literally could not walk or see. The stench drifted across the parking lot and hit us hard; smelling of urine, feces and filthy dogs.”

Roberts reached out to Rick Chaboudy, the executive director of Suncoast Animal League (SAL), a larger rescue organization that could help handle such an extreme situation. They had handled large hoarding cases in the past for the state. 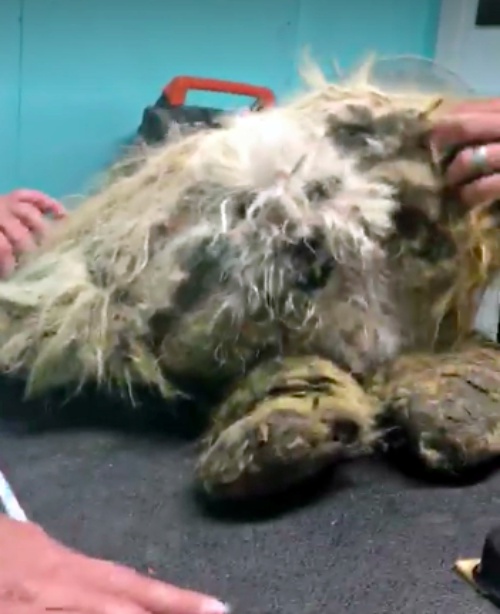 Chaboudy had helped Florida officials with extreme cases for 30 years but these dogs were, by far, the worst cases of neglect he had ever seen. Chaboudy was beyond shocked and overwhelmed so he reached out to a professional groomer he had used in the past to help.

Clint Wilson, owner of Island Dog Outfitters, arrived on the scene. He was horrified as well. All the volunteers worked on the dogs through the night until the following morning, removing pounds of matted hair, feces and debris. 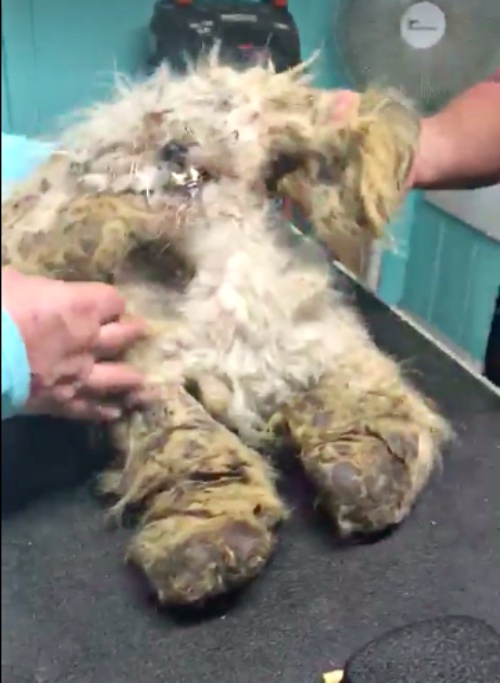 Chaboudy told The Dodo: “The mats on these dogs were so thick, one of the dog’s ears was stuck to her head. Feces and urine were caked into the mats, but their feet were the worst. The dogs could barely walk due to having 2 inches of matted fur between their paws and the ground.”

Once groomed, the dogs were finally examined by a veterinarian. The poor pups were riddled with parasites and had skin and eye infections. They were malnourished and suffered from dental disease. 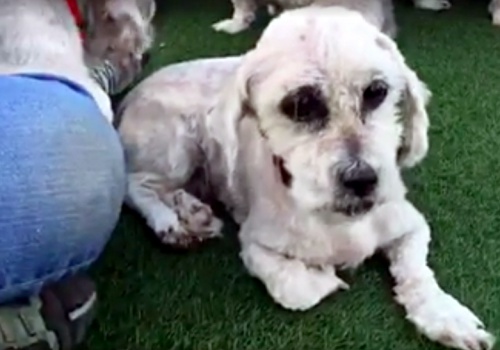 The medical team worked hard to do what they could, removing decaying teeth and spaying and neutering the dogs. All the dogs were either partially or fully blind. SAL featured the dogs on their Facebook page to spread awareness and find them new families.

And it worked! Six weeks later, the dogs were ready to say goodbye to a life filled with uncertainty and hello to their new loving and stable home. The heartache they suffered, the neglect, the life they unfortunately had to be apart of was OFFICIALLY A THING OF THE PAST! 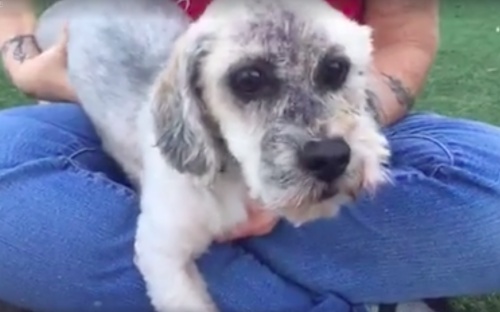 No animal should ever suffer this way in the first place. Thankfully, all the dogs now have a real life filled with the comforts so many of us take for granted.

Check out a video featuring all the Lhasas on Suncoast Animal League’s Facebook Page: