Captured by a night vision camera set up near a culvert underneath a busy California highway, the video of an unlikely pair of critters is going viral and showing the world how true friendship has no boundaries.

The video shows a coyote helping a poky-toed badger cross under a highway through a man-made culvert.

While these two animals may not seem very similar in size or stature, this is hardly the first time a coyote and badger have found themselves linked together.

“Though scientific studies and Native American records show that coyotes and badgers have been known to hunt together, this is the first documentation (that we know of) showing a coyote and badger using a human-made structure to travel together safely,” reports the Peninsula Open Space Trust (POST). 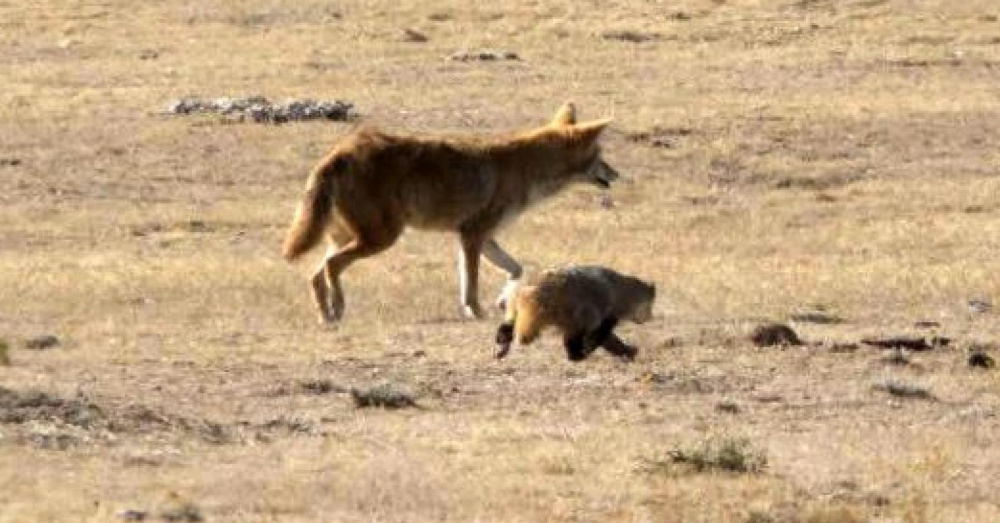 Independent behavioral ecologist Jennifer Campbell-Smith confirmed with National Geographic that the animals in the video were playing with each other, quite possibly long-time companions.

“The badger was showing happy behavior—for a badger,” Campbell-Smith said. “I wouldn’t scientifically want to use the term friends, but these are two wild animals that clearly understand their partnership.” 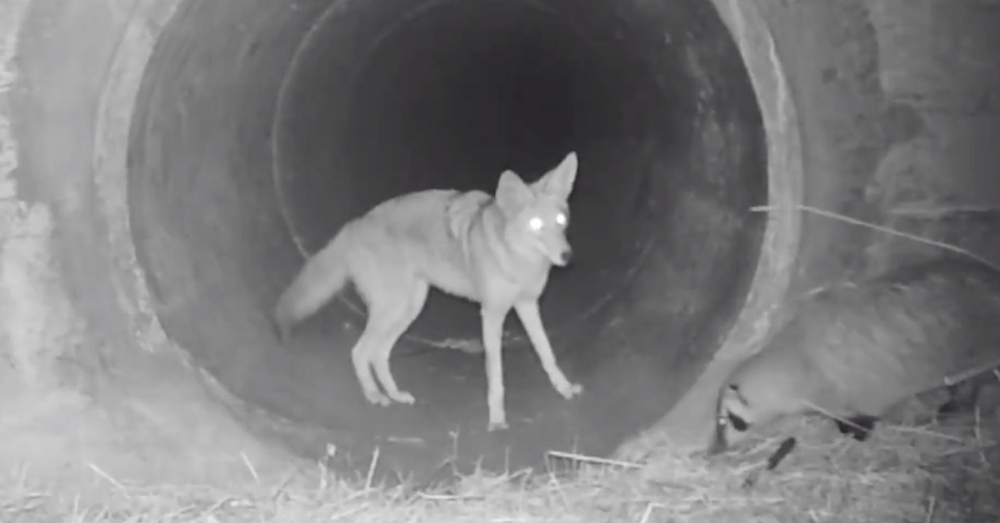 “Coyotes and badgers are known to hunt together,” Tweeted Russ McSpadden, a “writer, videographer, remote camera operator in the borderlands of Arizona & Mexico.”

Conservationist groups Pathways for Wildlife and POST have set up trail cameras around key points in California’s infrastructure where wildlife are likely to be found or have been involved in accidents, to monitor patterns of migration. They use that information to inform policy and create safer road crossing locations. 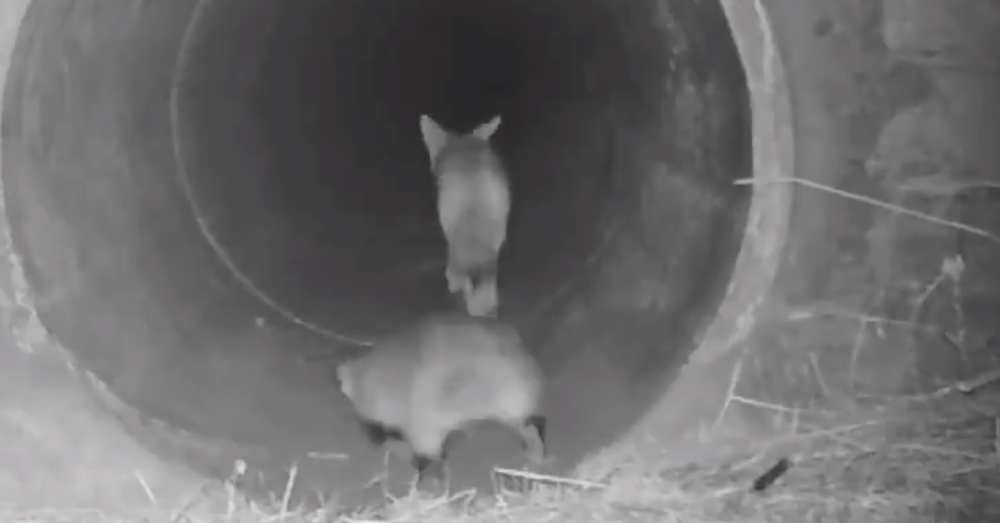 Source: Twitter/Open Space Trust
The pair set off through the pipe.

“This video was recorded as part of a three-year study we’re doing with our partners at Pathways for Wildlife to better understand how wildlife interact with the major roadways that surround the southern end of the Santa Cruz Mountains,” POST reports. “Our research team has deployed more than 50 remote-sensor cameras at existing bridges and culverts (tunnels under roads like the one in the video), as well as conducted systematic roadkill surveys throughout the study area. The findings will help us save and expand wildlife habitats and safe wildlife crossings in the Bay Area.”

Coyote and badger look like their friendship has what it takes to last. It’s certainly made an impression on new-found followers of POST.

It’s been thrilling to see this video gain massive attention, with millions of views on Facebook, Instagram and Twitter, international news coverage, incredible fan art, people reaching out with their ideas for children’s books and more!

Watch this plucky pair make their getaway in the video below.

This is the best thing you'll see all day! 🐾
Our wildlife cameras spotted a #coyote and #badger together — the first time this type of behavior has been captured in the San Francisco #BayArea.https://t.co/YDcnhyiWL1 pic.twitter.com/qZQgcbwtTk