Nicole Fredericks works as a vet tech saving and rehabilitating domestic and wild animals. Her love of animals extends past her job and has resulted in a herd of animals waiting for her at home.

Fredericks lives on a farm with cats, dogs, goats, pigs, chickens, and a cow named Sven. Sven arrived as a calf and grew up alongside her pack of rescue dogs, so sometimes he believes he is one and should be able to go wherever they go – including inside the house. 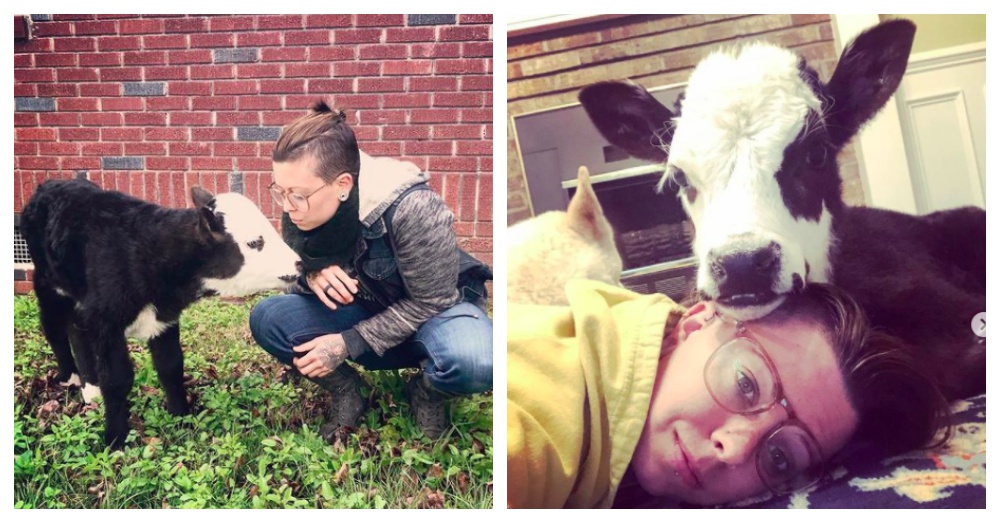 Shortly after he arrived, Sven became sick and remained in Frederick’s laundry room while he recovered. As soon as he was feeling better he was moved outside, but he didn’t stay there for long.

The intelligent cow quickly learned how to open doors and let himself back inside whenever the door was unlocked. A video of Sven sneaking into the house went viral on TikTok. Fredericks informs her followers, “Did you know that cows only have bottom teeth and can open door knobs?”

Sven isn’t allowed in the house because he slips on the hardwood floors and could harm himself. Thankfully, he loves horse cookies and is easily lured back outside with a tasty treat.

“Anytime the door is open longer than a few minutes he will make a break for it,” Fredericks told The Dodo. “Cows are super, super curious animals (worse than cats).” Now she tries to lock all the doors, but when she forgets, Sven is waiting. 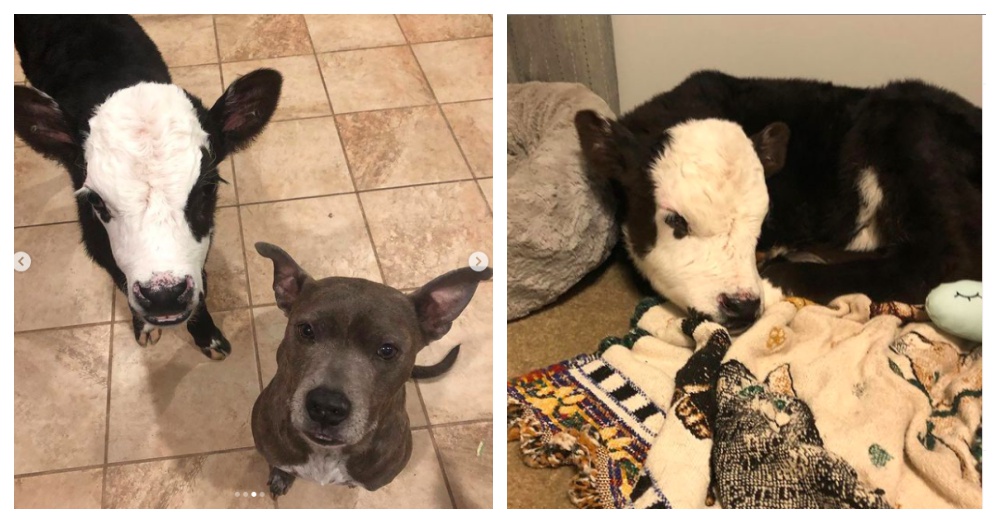 The adorable cow now enjoys time with his mom and friends in the backyard where he does zoomies and is serenaded by Fredericks, who writes songs and performs them on her ukulele.

While Sven enjoys the company of all the other farm animals, his best friend is a rescue dog named Drake. The two friends grew up together but Drake has a grade 6 heart murmur. He’s on medication and finds comfort in his family and cow friend.

Cows are a lot like dogs and enjoy cuddling, on their own terms. Fredericks posted, “He just loves pats of all kind. Did you know if you scratch an itch they kick their foot like a dog??”

Studies have found that simply being around cows reduces stress. Have you heard of cow hugging?

Fredericks views animals as friends and hopes to spread joy by sharing videos of her animals and music. 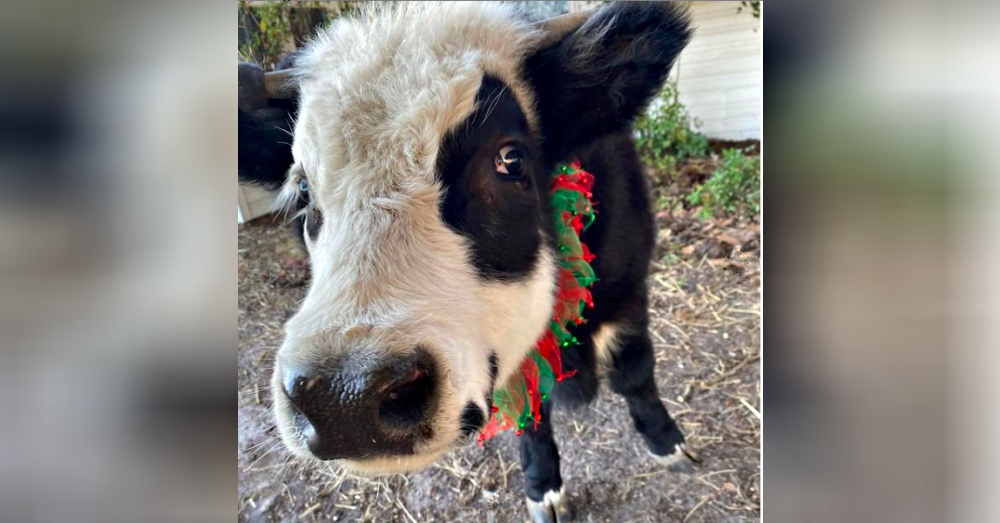 Sven’s larger than life personality is shared with the world through his own Instagram page. Be sure to follow him and check out the farm on TikTok too.