Science has proven that hugs and animals are good for our health. They help lower stress levels by releasing the bonding hormone oxytocin and increasing levels of dopamine and serotonin, which are mood boosters. So, it should come as no surprise that people around the world are embracing cows in the newest self-wellness trend.

Cow hugging (“koe knuffelen” in Dutch) originated in the Netherlands and has been a way to cope with stress for decades. The cows are never forced into hugging and most enjoy it. The reason it’s so relaxing is because a cow’s body temperature is a little bit warmer than ours and their heartbeats are a bit slower. 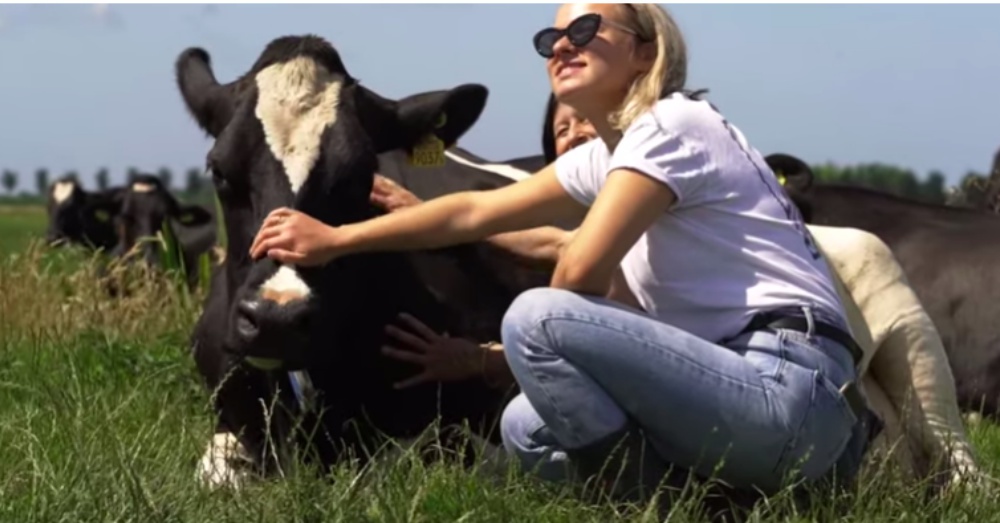 The therapeutic experience has spread into Switzerland and to farms in the United States. Some people spend several hours relaxing with cows in the open field reconnecting with nature and relieving stress through cuddling.

Humans aren’t the only ones reaping the rewards…

Cows are sentient beings that love to be petted, brushed, and stroked, so they also benefit from the interaction with a kind human. But not all cows are meant for hugging and some will chase you out of the field.

Farmers who have offered cow hugging on their farm, Kastanje hoeve, in the Netherlands for the past 14 years explained, “it’s something in their character. A good hugging cow is a little bit older, patient, and she likes it from the beginning – starting when she’s a calf.” 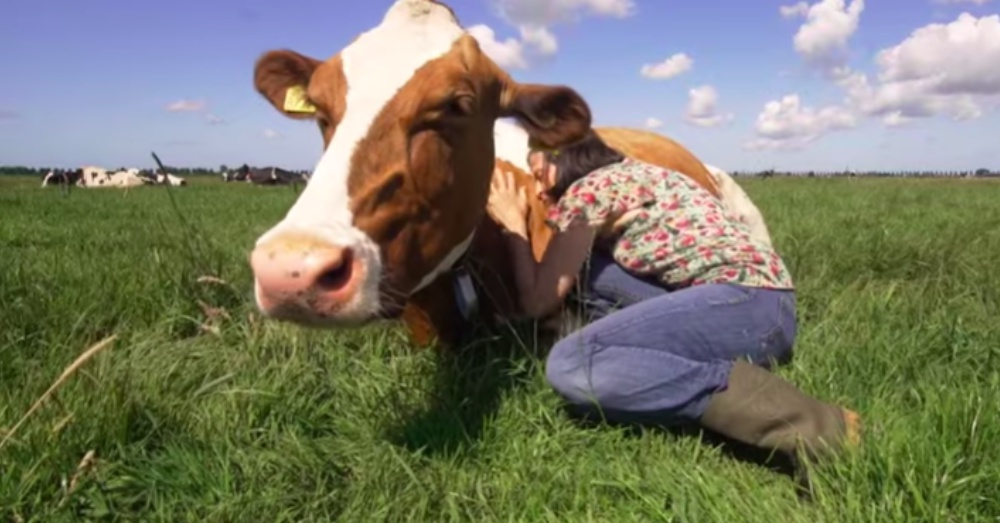 The farmer went on to say that each cow is different and some even get jealous when they aren’t receiving attention. “Lots of people are crazy about cows,” she said and they have many return visitors.

One visitor commented on how sweet and patient the cows were and said it was a nice break from city life.

Suzanne Vullers, who owns Mountain Horse Farm in upstate New York with her husband, told CNBC Make It she’s seen an increase of millennials wanting to cuddle with their two Scottish Highlander cows. But said the visitors range in age from 12 to 75. 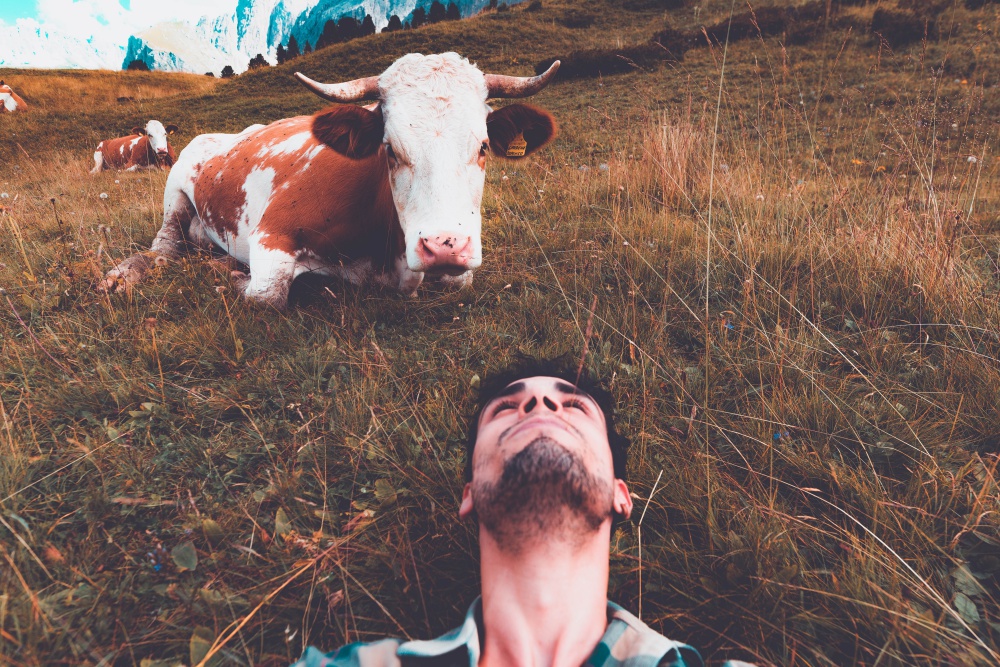 Mountain Horse Farm, a 33-acre bed and breakfast, offers their guests the option of adding a horse & cow experience to their stay. For $75, two people can spend an hour getting to know a cow or horse and leave their troubles behind as they lounge in the grass alongside a cow.

This stress-relieving trend is good for your mind, body, and soul. Vullers states “It may bring relaxation, reduce anxiety, help you find answers to life questions and simply make you happy.”

Learn more about the trend in the video below and don’t forget to share!