The La Vista Police department in Nebraska has proved that it is willing to go above and beyond for the shelter dogs in its community.

In order to help with adoption visibility, the police department has come up with an initiative called K9 for a Day – where they invite dogs from their local Nebraska Humane Society shelter, to become a K9 dog for a day and ride around town with an officer. This helps them to get adopted quicker. 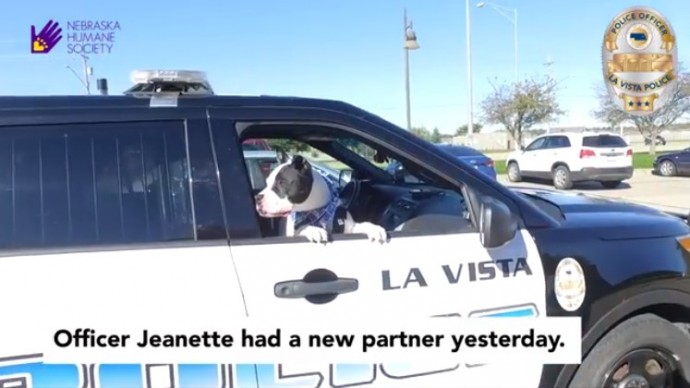 The decision to take the dogs out regularly came after their first ride-along, Mickey, who was a bully breed, proved to be a huge success. Mickey charmed the whole community and got adoption offers in the days following his ride-along. 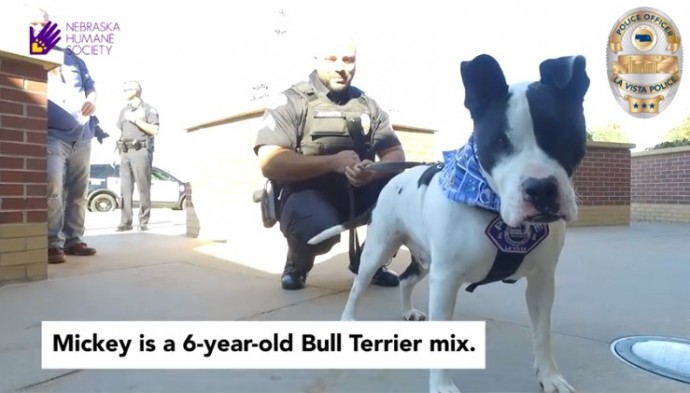 The Department Captain, Officer Bryan Waugh, says that in addition to helping the dogs get away from the stress of life in the shelter, the K9 for a Day program is also beneficial to their department. 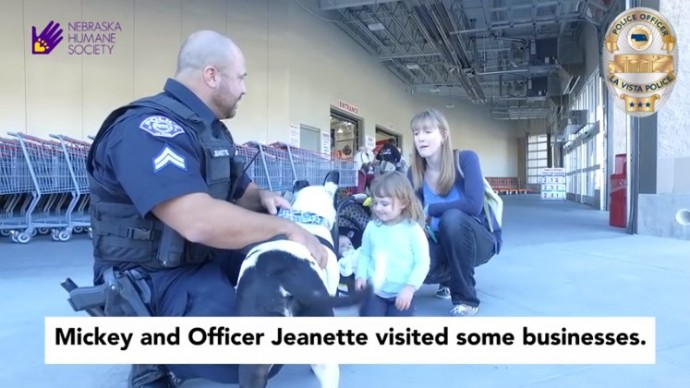 Adding a dog to their patrols helps to not only spark people’s interest, but it provides cops an opportunity to interact with the community – thus strengthening community ties between civilians and officers.