2 Cops Found A Lost Sea Lion Pup, Sick And Shivering. What He Does When He Sees Them? WOW!

A starving sea lion pup was found stranded in a stairwell in San Francisco’s Ocean Beach neighborhood. Two police officers came across the lonely pup, who was shivering in distress in the middle of the night. 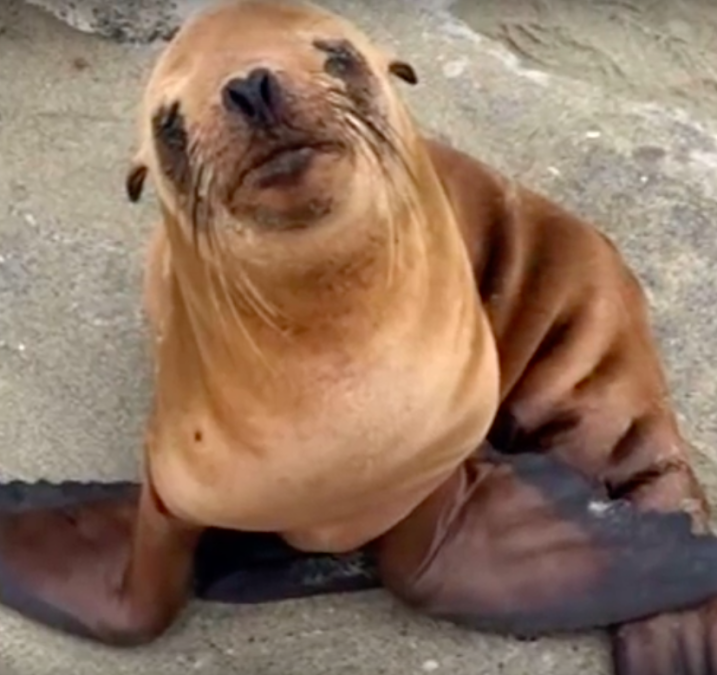 When the cops approached him, the sea lion waddled over to them and tried to cuddle close to them to warm himself up. The cops stayed with the pup until animal rescuers arrived. 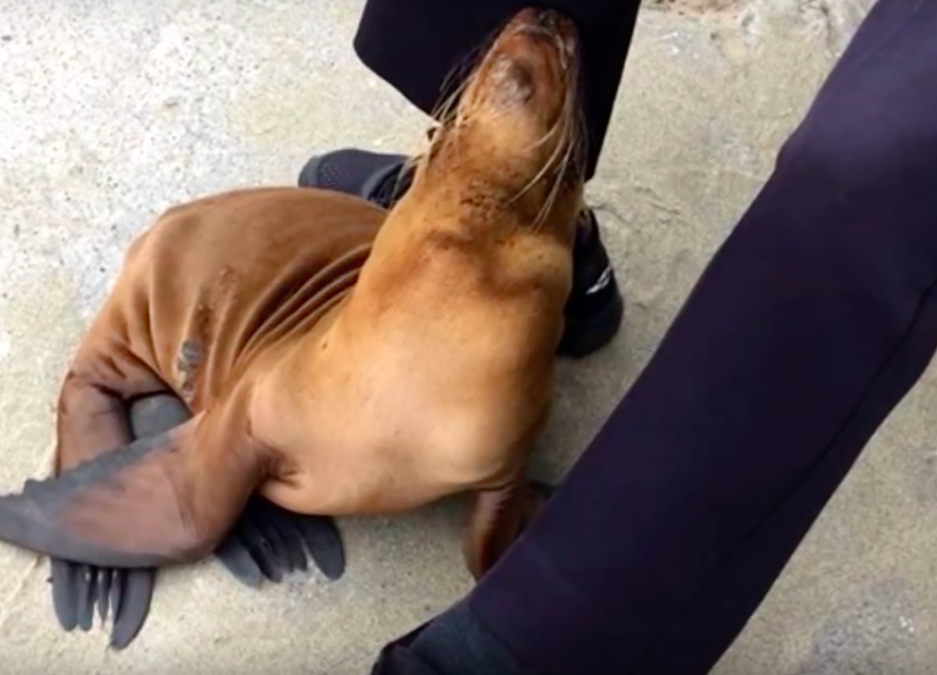 He is now receiving medical care and will be released back into the ocean once he is healthy and strong enough. Thank goodness these cops found him and were kind enough to help!