Dog Born Without Neck, And Butt On Back, Still Defies The Odds

There are not many dogs in the world like Cooper.

The American foxhound was born on a puppy farm “without a neck,” and was never expected to thrive. Several of his vertebrae were compressed and fused together while he was in the womb.

Now two years old, Cooper’s rare condition isn’t holding him back, even if it means he has to turn his entire body to look behind himself.

Cooper was rescued in 2017 when animal control officers in Halifax, Virginia, found him near a puppy mill. Just two months old at the time, he was taken to Minnetonka-based Secondhand Hounds. 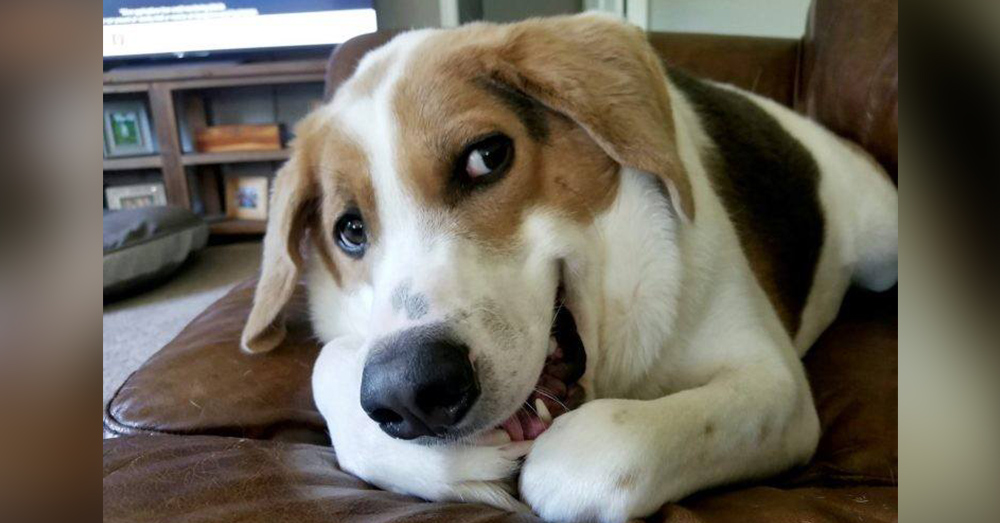 Source: Facebook/RealFix
Cooper’s condition may have been caused by inbreeding at a puppy mill.

The officers that rescued Cooper think he might have been abandoned because of his rare condition. He struggles to walk around for extended periods of time, and with his bottom end located a distance up his back, it’s difficult for him to defecate. When SecondhandHounds picked Cooper up, they knew their work was cut out for them.

Cooper was treated for ear mites, worms and a hernia. He also needed surgery so he could poop properly. Making matters worse, the first home Cooper was placed in did not work out. As difficult as it may have been for the dog, he couldn’t keep from chasing the family’s cats.

Thankfully, his next option worked out. 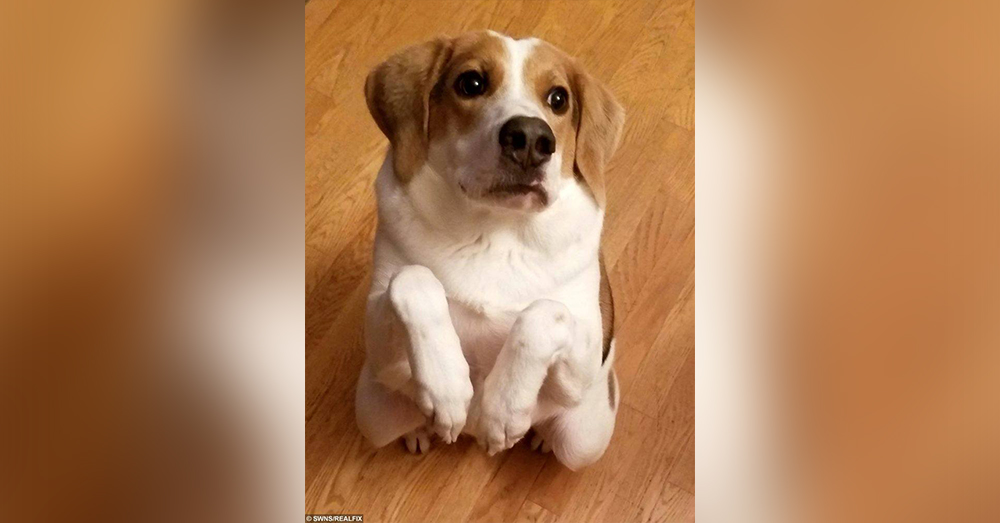 Source: Facebook/RealFix
Cooper was likely abandoned when he could not be sold.

Elly and Andy Keegan, parents to dogs Skylar, 13, Tuva, 4, and Waylon, 3, turned out to be a perfect fit for Cooper.

“I am lucky to have the support of Secondhand Hounds and the right environment for a special needs dog,” Elly said. “That’s not to say we don’t have incidences. A few months after he came he had a fall and fractured his neck in five places.”

Cooper’s spine has been kept free of infection with a regular course of antibiotics. He can go to the bathroom by himself, and is enjoying as much of his freedom as he can. He’s also a small celebrity on social media, even though he may not realize it. 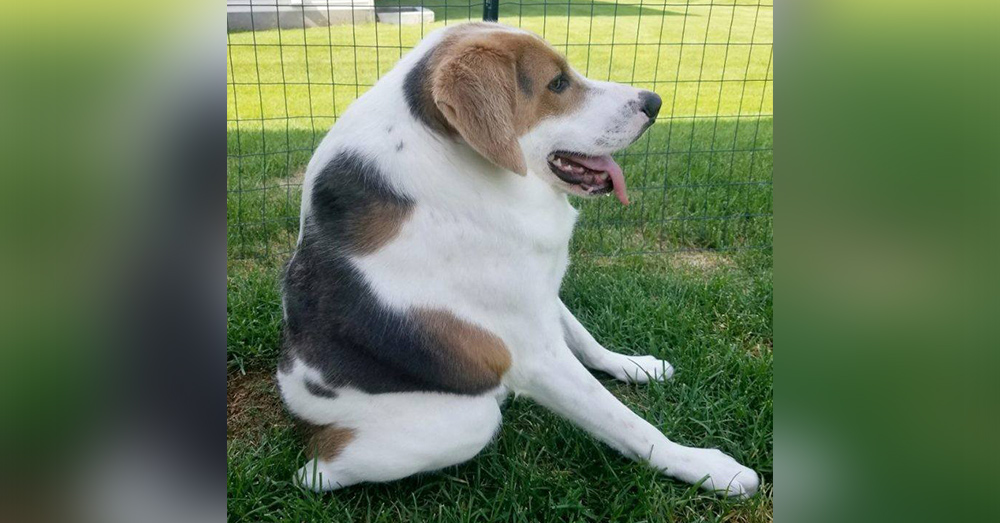 Source: Facebook/RealFix
Cooper still has trouble walking, but he enjoys much more freedom and happiness.

“It’s hard because he can’t go for long walks and can’t spend a lot of time on hard surfaces,” Elly said. “He has to be on soft ground like grass or carpet.

‘But he’s still the happiest dog.”

Cooper’s condition may have been caused by inbreeding, and when he was deemed unfit for sale, abandoned. He is nothing less than perfect to his new family, however, and to many others who have heard his story.

“Cooper is an example that dogs with disabilities have a lot of love to give and make great pets,” said Teri Woolard, owner surrender coordinator at Secondhand Hounds. “We’re so happy to have been a part of his journey.”

Like Cooper, this Great Dane also beat the odds. 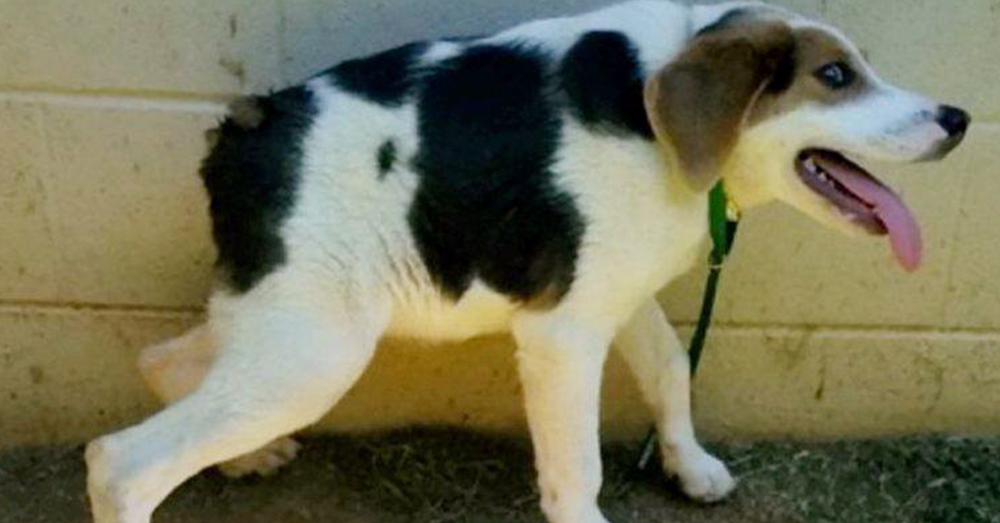 Cooper is a very special dog, and he’s very protective of his forever family. See just how incredible this “short-on-spine, big-on-love” pup truly is in the video below!