Chad Nelson’s 2-year-old son Conway has always enjoyed paying ball in the backyard. And when the young boy realized there was a playmate in the next yard over, he couldn’t resist.

“I had Conway throwing a ball at about 2-weeks-old,” Nelson told KARE 11. “I’d put the ball in his hand when he was laying on his back.”

Nelson recorded Conway tossing a ball over the fence into the neighbor’s yard, where Dozer, a Yellow Labrador and the boy’s new best friend, was waiting to catch it. Dozer even grabs the first toss.

And then he throws it back! 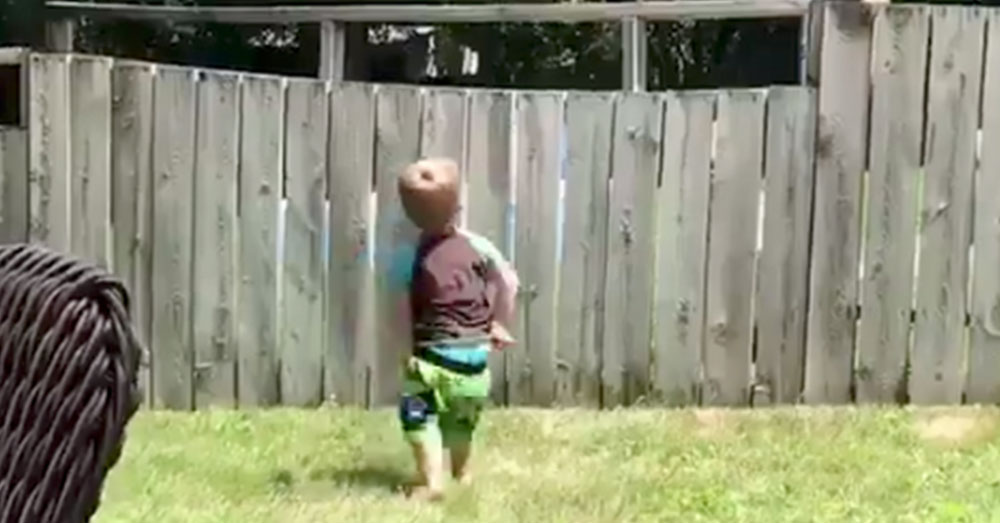 “It was just a cute thing,” Nelson said. “We just thought Conway was being cute and our friends would like it and all of sudden it’s being shared to thousands of people.”

There’s nothing cuter than watching children playing with their furry friends, but this video proves to just what lengths they will go to make that happen.

“Conway just loves playing catch,” Nelson said. “We have two dogs but neither one will play fetch. So he was pretty excited to have someone that would.” 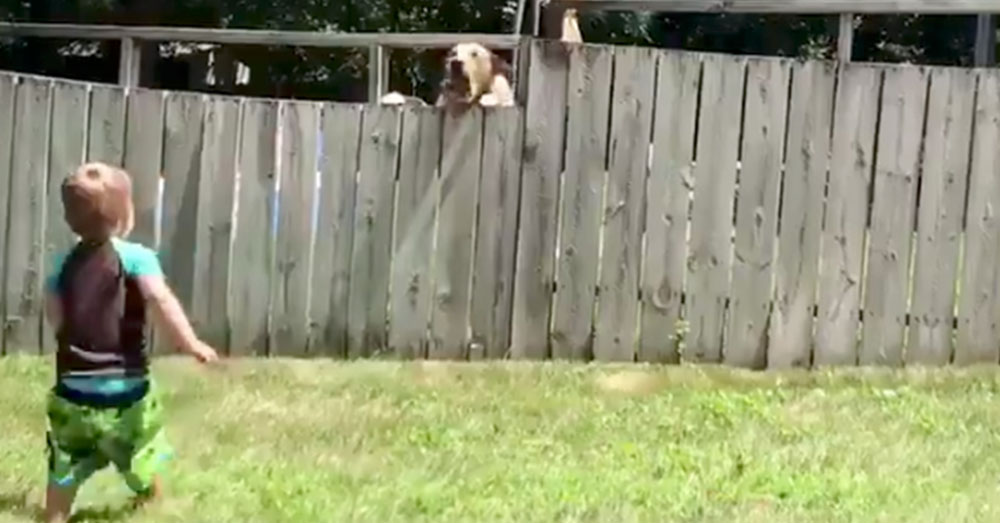 The video of Conway and Dozer has shared nearly 300,000 times since it was first posted. The pair make a great team, and a great example of how important it is to be kind to animals. You never know who might turn out to be someone’s best friend!

A fence can’t stop my two-year-old from playing with his new best friend. pic.twitter.com/9QBuaq4Ee2