Construction Worker Gives A Dog CPR And Saved His Life

A construction worker in Virginia became a hero after he helped to save a suffocating dog who was on the way to the vet’s office with his owner.

When a 3-year-old German Shepherd, Jett, got a ball stuck in his throat during a game of fetch, his owner, Teresa Perkins, was in a race against time. As Jett was struggling to breathe, Perkins loaded up her pup into her car and drove the 120-pound dog as quickly as she could to the vet.

However, on her way there, Perkins experienced a traffic jam due to some construction taking place. Not knowing what else to do, she pressed on her horn, frantically trying to get the workers’ attention. That is when three of the workers approached her car.

Perkins shared with the Staunton News Leader, “By then my dog was pretty much dead. He was laying in the car, not moving. I had heard him breathe, like gasping, but then he quit. I was frantically crying and praying.” 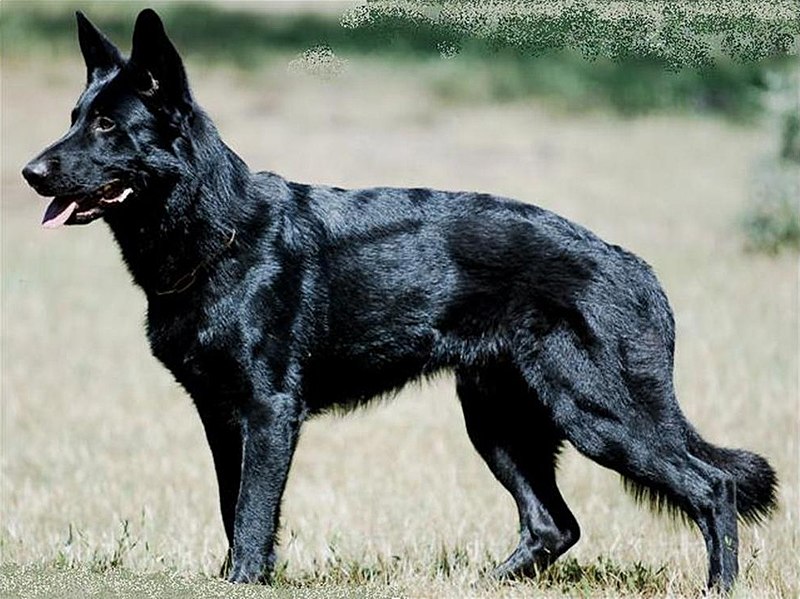 As Perkins said, “And he did.”

Perkins assisted the construction worker by giving Jett chest compressions while he breathed into Jett’s mouth. Finally, he was able to give Perkins the good news and tell her, “he’s awake.” Perkins broke down crying, extremely grateful to the man for saving Jett before she carried on her way to get Jett checked out at the vet.

She said, “He would have died if I didn’t stop. He would have been dead. If I had driven 10 more minutes, he wouldn’t have made it.”

While Perkins was beyond grateful, she was also in such shock that she didn’t get the name of the man who heroically saved Jett’s life. Once she was back home with Jett, her daughter, Bliss Nuckols, posted about the incident on Facebook, hoping someone could help track down the construction worker.

As it turned out, the man was Cavaja Holt – and he had also posted his side of Jett’s story to Facebook as well. The two were able to reconnect through social media.

Perkins and Jett both returned to the construction site in order to personally thank Holt, as well as get some pictures with Jett’s savior. Perkins called Holt a “hero,” and stated that Jett “is never, ever, ever, ever going to get a ball again.” Fair enough, keep him safe and away from balls.