For a 10-year-old boy, Connor has not had the easiest childhood.

He’s been dealing with seizures, night terrors, fatigue, headaches, anxiety, and behaviors beyond his control for years. A number of specialists later diagnosed him with post-traumatic stress, as well as ADHD, among other conditions.

Connor is also bullied in school regularly, one of the major causes of his anxiety.

A diagnosis hasn’t made his life any easier. But he’s getting support from a new friend. 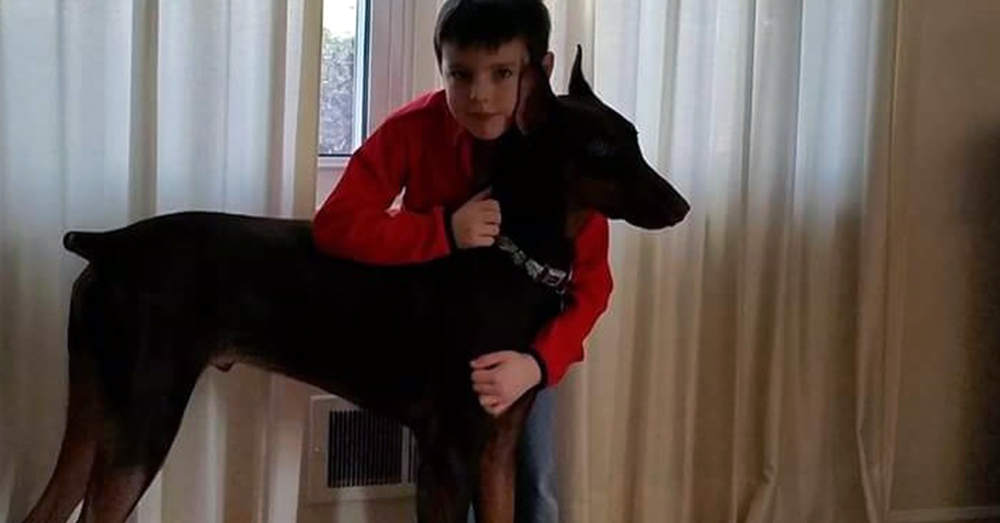 Connor was matched up with Copper, a service and emotional support dog. According to People, Copper is able to sense when his human is about to have a seizure or anxiety attack, keep him comfortable, and alert others who may help.

“One evening Copper begin barking at the door almost insisting I go inside his room,” Connor’s mother Jennifer Jayne wrote on a GoFundMe page. “It was then I witnessed my son having a seizure; he was 8 years old and I was terrified.” 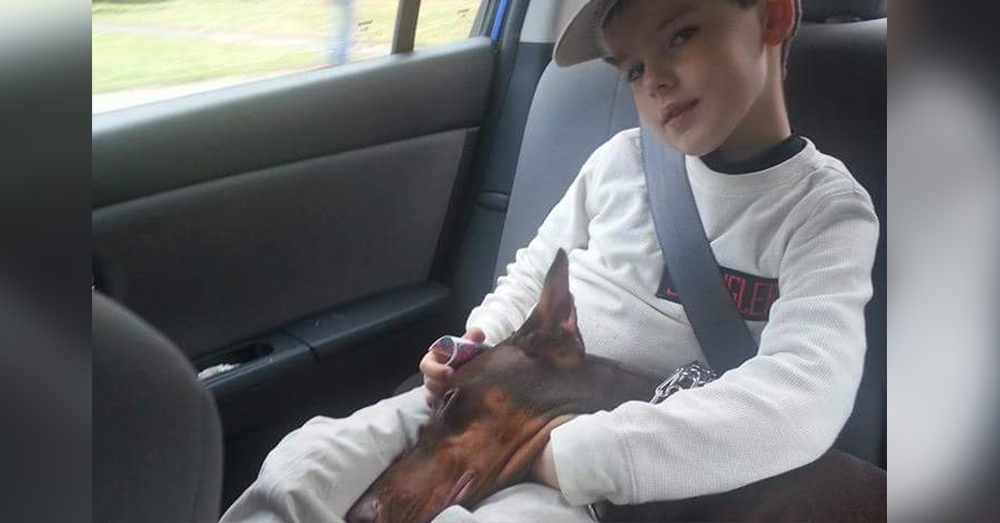 Source: GoFundMe
Copper comforts Connor when the boy is feeling anxious, or suffering from seizures.

As I Heart Dogs reports, whenever Copper realizes Conner is having troubles, he presses his body into him.

“Nothing had shown up on any of his studies or neurological reports as nocturnal seizures are the hardest to diagnose,” Jayne continued. “It happened again a few weeks later and I was able to catch it on camera to show the neurologist and get my son on the proper medication . He is completely managed for seizures at this time thanks to our protector and faithful companion.”

But the story doesn’t end there. 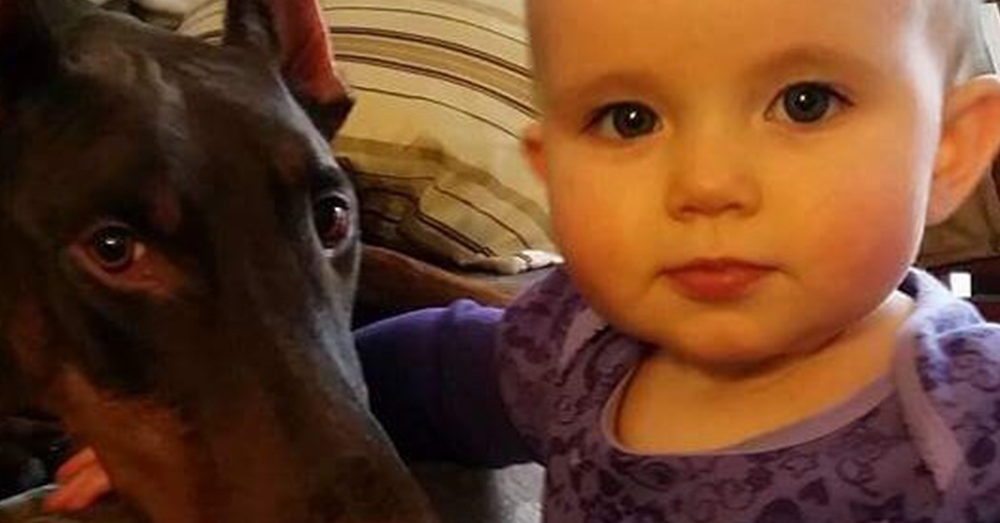 Copper has his own set of difficulties, too. As a Doberman, Copper is more likely than other breeds to develop Wobbler Syndrome, which compresses the cervical spine and makes it painful to walk. When early signs of this syndrome started to show, Jayne looked in to what could be done.

“When we found out how much the surgical consult and the MRI and surgery was going to cost we realized we just didn’t have that money,” Jayne said.

With an MRI for Copper costing as much as $3,200, Jayne was worried there was no hope for her son’s companion. But Connor wasn’t willing to accept defeat. He even offered to sell some of his toys in a yard sale.

“I’m a single mom working hard to take care of my children and Copper is my best piece of mind for my son,” Jayne said. “I hate asking for help but my son needs the dog more than I need my pride.” 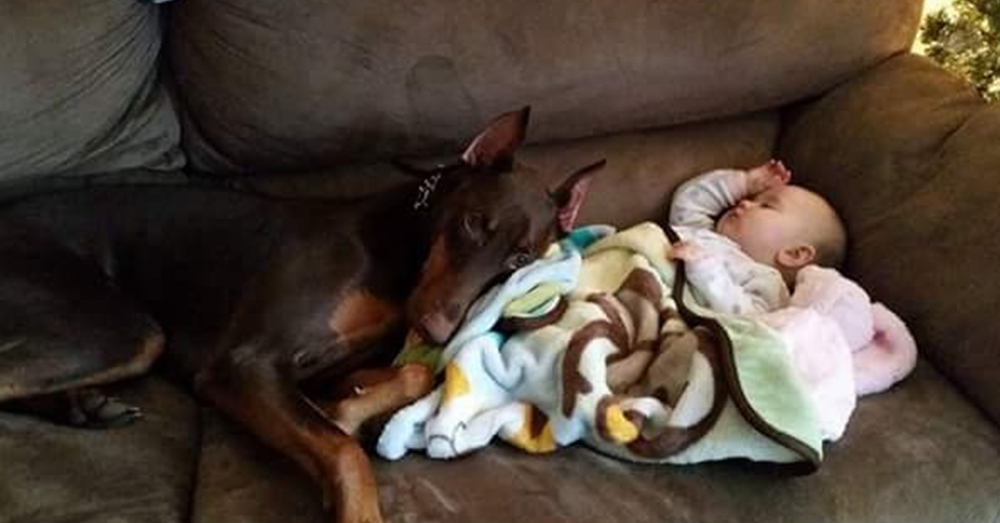 Source: GoFundMe
Copper is an important part of the Jayne family.

Jayne knew she needed to try, and after setting up a GoFundMe page and asking for donations, her efforts were validated. Jayne’s goal of $2,800 was bettered by more than $14,000, with caring donors bringing the total to $17,500 in 15 days.

With the donation money, Jayne and Connor were able to afford laser and ultrasound therapy, which helps Copper with pain and mobility. If further surgeries are requires, they’ll be able to cover those, as well.

According to Mother Nature Network, there’s still no telling if Copper is suffering from Wobbler syndrome, but it is clear that there is some compression on his spine. One veterinarian suggested infraspinatus tendinopathy and cervical intervertebral disk disease may be the cause of Copper’s woes. 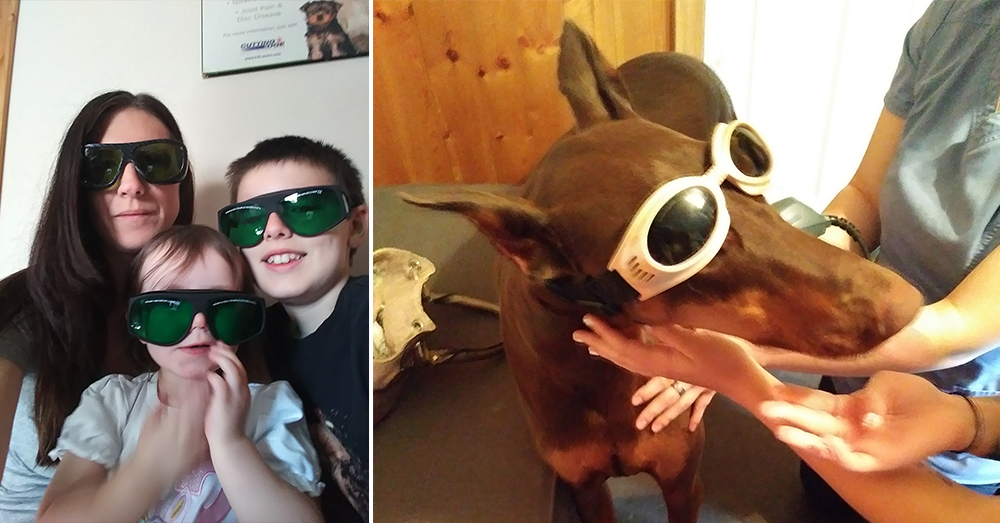 “We are still in shock at the overwhelming support. We never expected anything like this as it started with Connor just wanting to have a bit of control in a situation he couldn’t control,” Jayne said. “He knew he could sell his toys and help with cost and it helped to give him a sense of purpose for his best friend. We also hope it helps raise awareness to the importance of service animals and our role to help them as well.”