Rangers in Congo’s Virunga National Park risked their lives to save a 2-year-old gorilla trapped in a poacher’s snare.

The baby gorilla named Theodore was found entangled in an illegal snare and the rangers needed to act fast to save him. The snare was cutting off blood supply to his arm and putting the baby gorilla at risk for infection and even death. However, his protective parents were nearby and weren’t going to allow anyone to get near him. 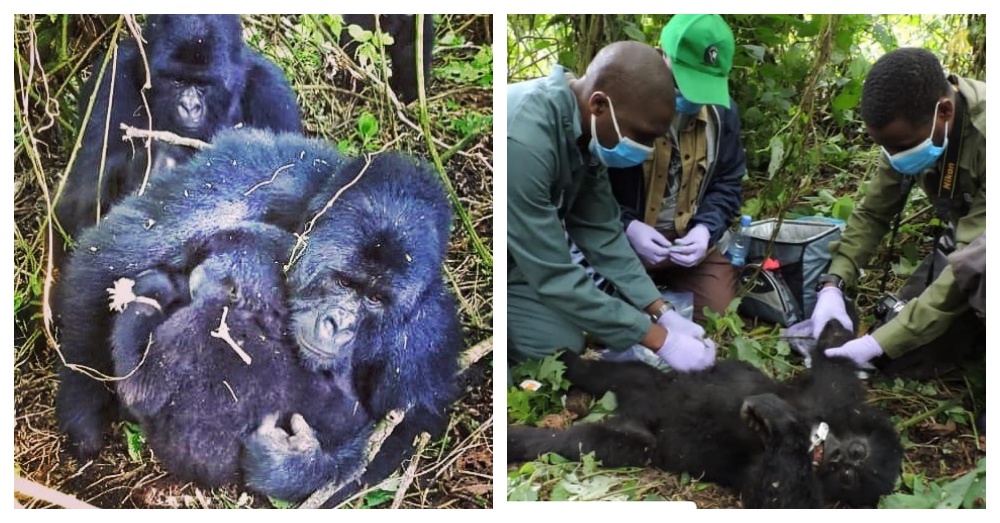 Theodore and his mother, Kanyalire, were sedated with darts while some of the rangers distracted the 600-pound silverback father, Mahindure. The team, including veterinarians from Gorilla Doctors, worked quickly to remove the snare and treat Theodore. 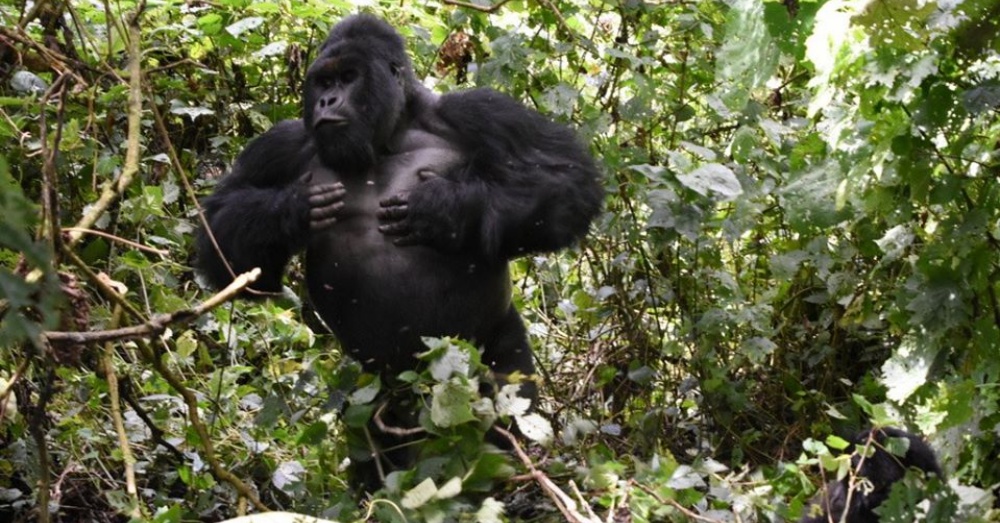 Emmanuel De Merode, director of Virunga National Park, said, “There was a lot of commotion, the silverback wasn’t happy but they were able to move fast and effectively enough to apply antibiotics and treat the baby gorilla.” 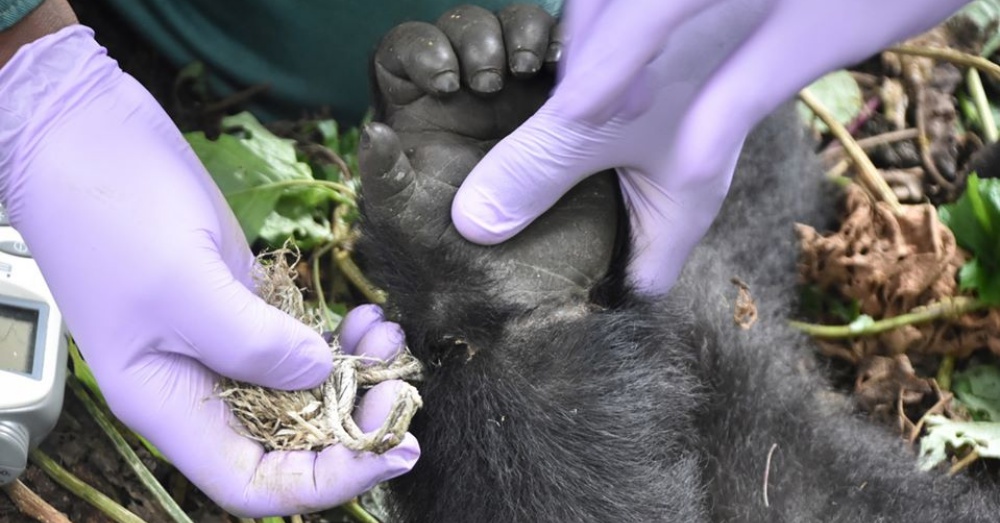 Once Theodore was awake and released Mahindure charged the team, but thankfully no one was injured. Dr. Eddy Kambale Syaluha examined Kanyalire before reversing her sedation. The devoted mother quickly rejoined the group and went to check on her baby boy. The rescue was a success thanks to all the rangers and veterinarians. 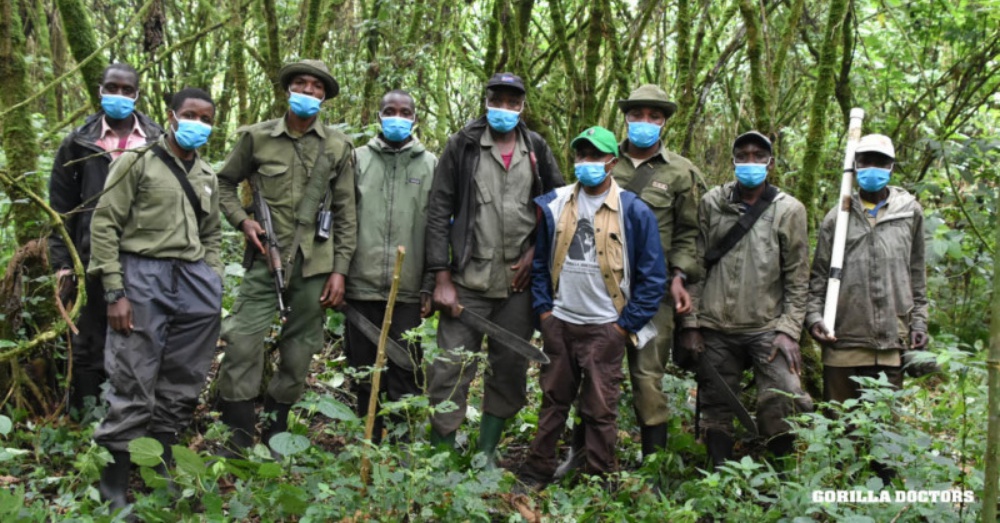 Over half of the world’s endangered mountain gorillas call the 3,000-square-mile park home, but face threats like habitat loss, disease, and poachers.

Sadly, De Merode said that the rangers have been seeing more and more illegal snares in the park due to the economic impact of the COVID-19 pandemic. 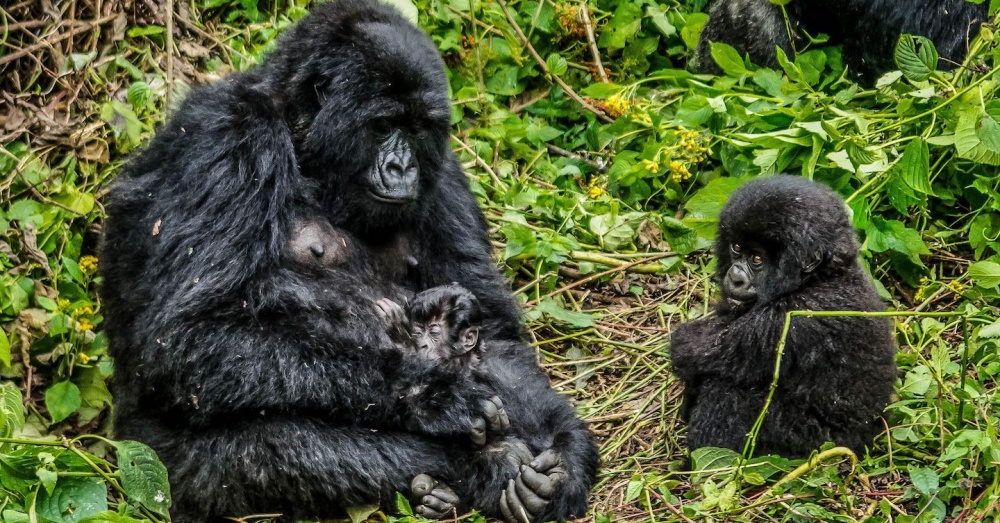 In March, the park closed to tourists to protect the rangers and gorillas, which share 98% of their DNA with humans. The global pandemic has increased the price of food, caused job loss, and destroyed tourism revenue, driving more poverty-stricken communities to the forest to survive.

Rangers are diligently searching and removing all illegal snares they find and will do their best to protect all the animals that call the park home. Their selfless service is much appreciated and they all are true heroes.