It’s hard enough for many shelter dogs to get adopted, let alone ones who have to wear the “cone of shame.” Sadly, some dogs spend their entire lives in shelters, never knowing what it’s like to have a warm home or a loving family, or even what it’s like to just get to be a dog. 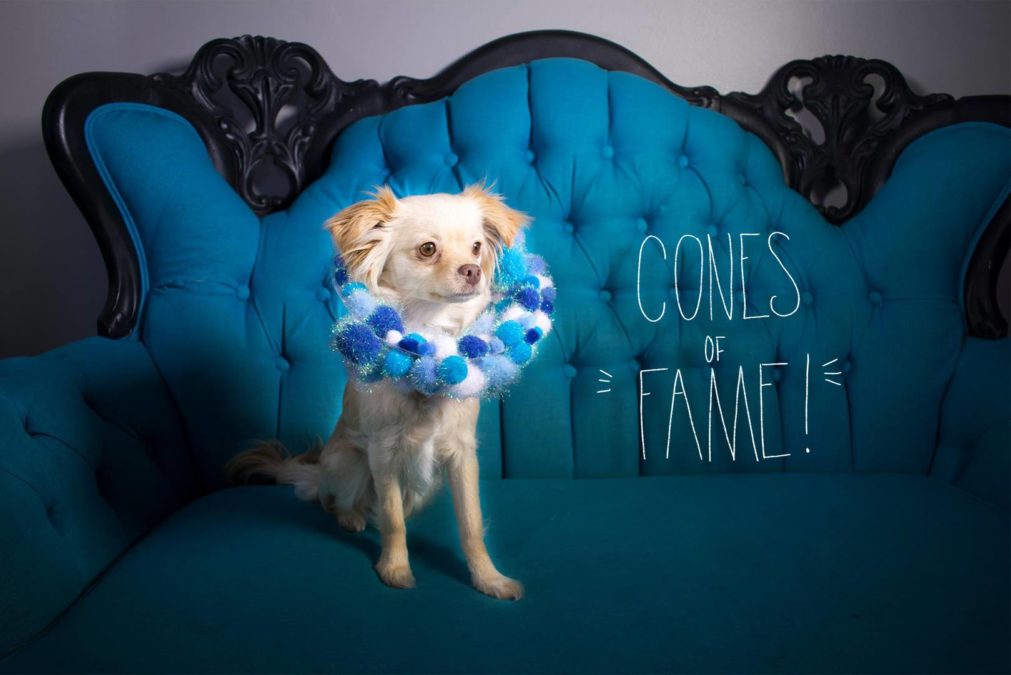 These dogs at One Tail at a Time shelter, who were wearing that said “cone of shame” after getting neutered and spayed, were having a hard time getting noticed. But one local artist came up with a genius eye-catching solution to help get these pups noticed and increase their chances of getting adopted. 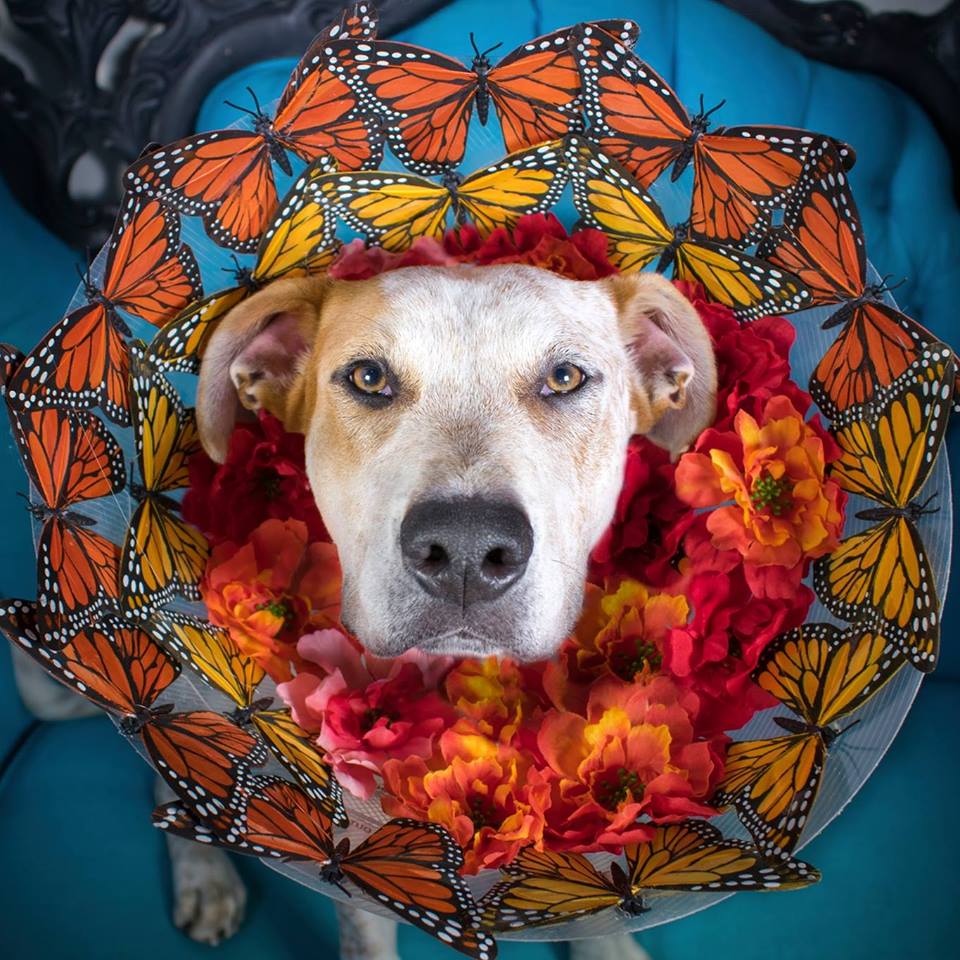 After volunteering at a local animal shelter, art student Erin Einbender came up with the idea for her school photo project. She began decorating the cones, turning them from cones of shame to cones of fame! From colorful feathers and pom-poms to butterflies and jewels, these dogs’ cones are so beautiful and definitely help them stand out. And best of all? It has actually helped all of them find their forever homes! 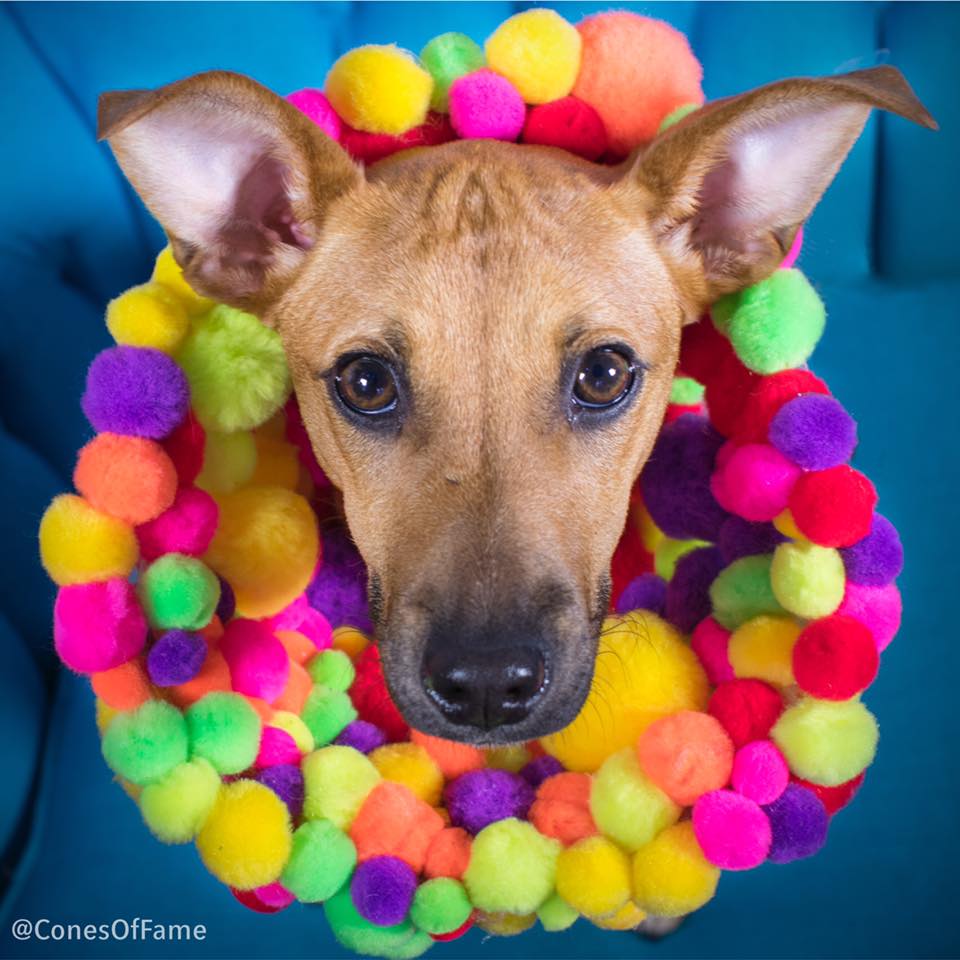 “The cones are meant to empower the pups (instead of shaming them) and to educate people on the importance of spaying/neutering,” Einbender wrote on her Facebook page. Einbender hopes to work with many other shelters to help their pups in cones get adopted as well! 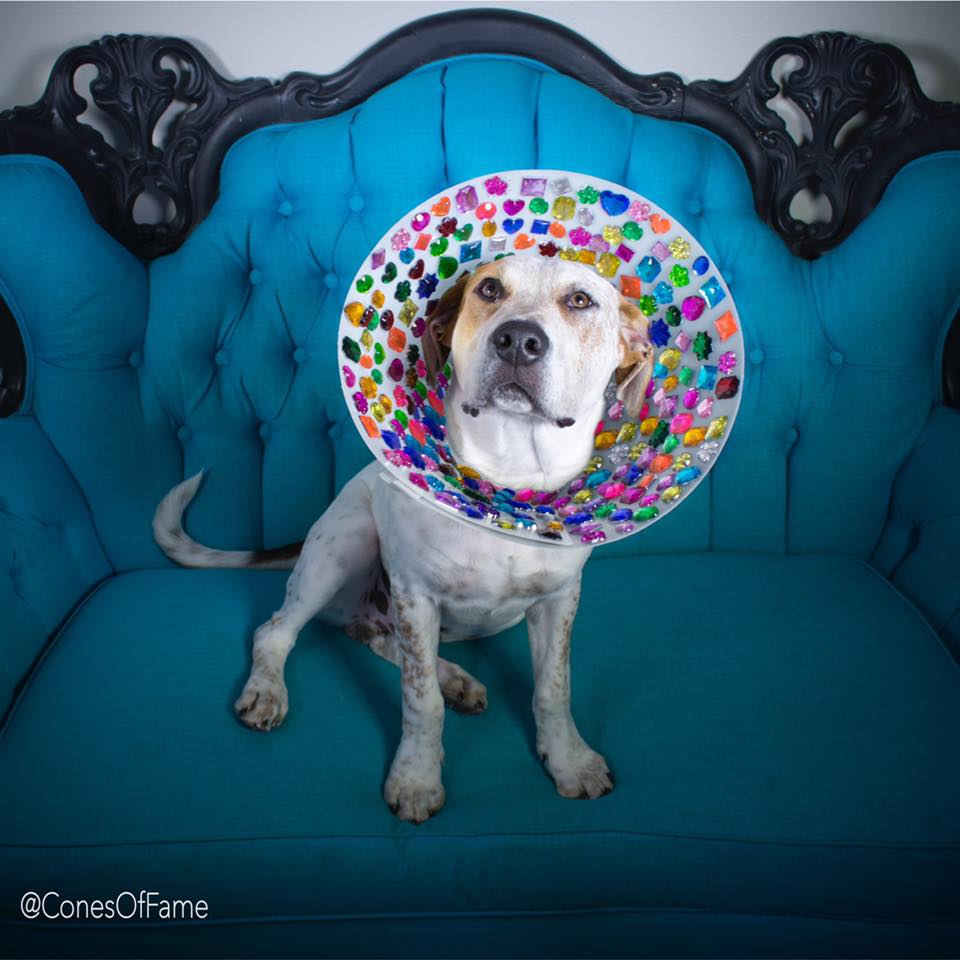 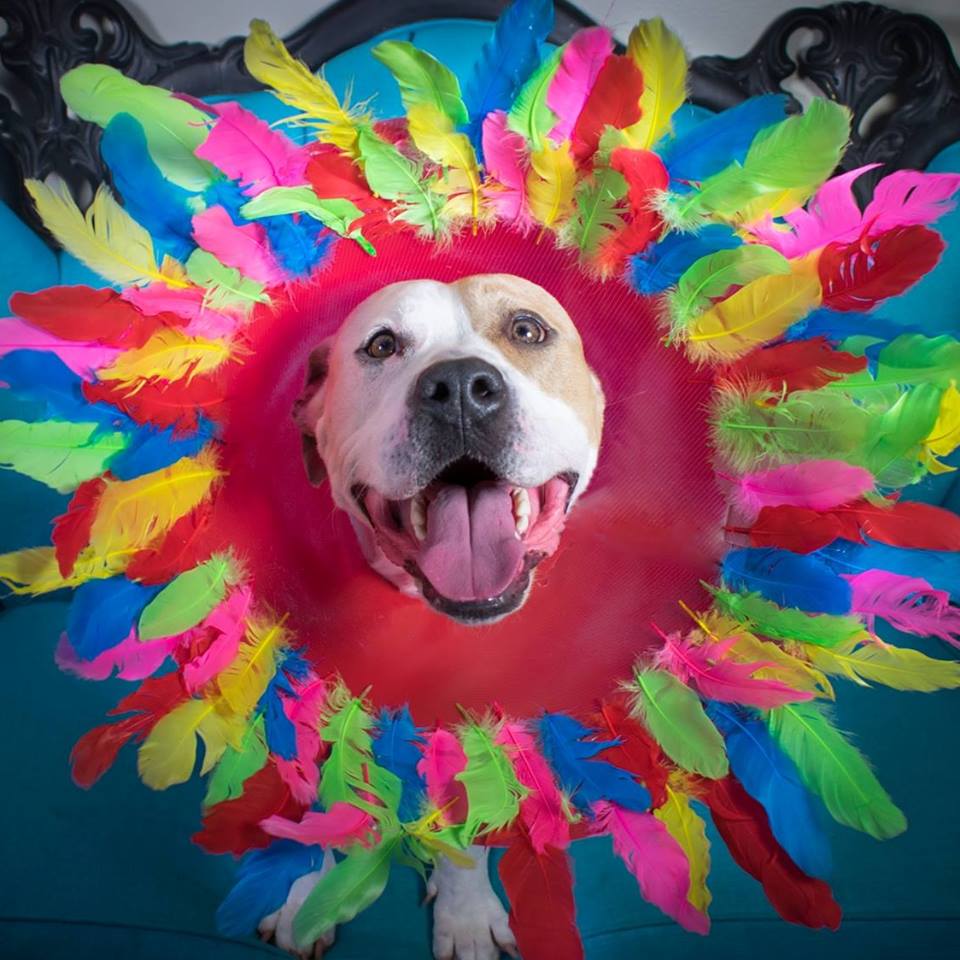 See some of her awesome work in the video below: