31-year-old actor Colton Haynes, who stars in “Arrow,” recently revealed a video, unveiling his new best friend: the adorable kitty that he adopted.

Haynes adopted the precious 2-year-old feline from the Kitten Rescue in Los Angeles. As he explained in his YouTube video, he’s been wanting to adopt for a while, however, his busy schedule always prevented him from taking the plunge.

But with the recent pandemic, which he referred to in the video, he’s had more time to spend at his California home, saying, “But as of now, there is nothing in the schedule. And I really think that this is the right time for me to do this.”

“I basically wanted to find a cat that would just be like sitting on my shoulder all the time, and I think that I found the one,” he added.

And Haynes also shared his cat’s new name, which is a pretty creative play on words of a famous Oscar nominee.

He said in the YouTube video, “I’ve come up with a name, and I’m very excited about it. And his name is Timothée Chalameow.” 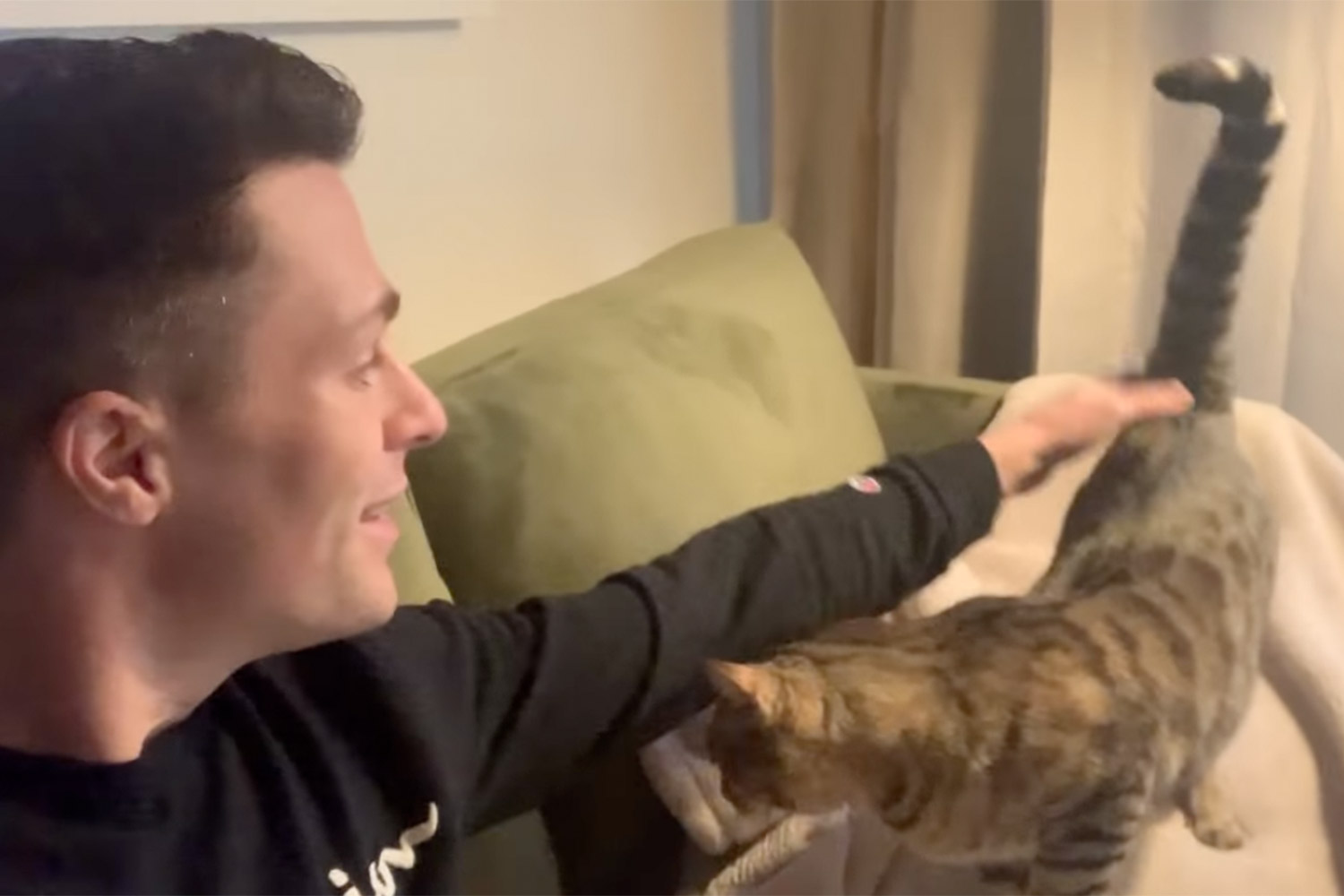 In the video, he also included some video footage of his new pet, nicknamed Timmy, playing hide and seek beneath the couch.

He was clearly smitten, saying, “This is my life now, you guys. Trying to win the affection of a cat. I’m so excited. I was born to be a cat dad.”

Haynes wrote in the caption, “Meet my whittle baby Timothee ChalaMeow 🤗🤗🤗. I’ve been thinking about adopting for a while & am so grateful for @kittenrescuela for bringing this sweetie into my life. He’s already annoyed with me cause I won’t leave him alone haha”

Watch the full video below: