Border Collie Saved Puppy From Being Hit By A Car

There is no doubt that border collies are smart dogs but they also have amazing instincts. A border collie in Canada prevented a tragedy with his bravery and impeccable timing.

A video was released that showed an incredible rescue by the brave dog. Three dogs, a border collie, chihuahua and a lab, were playing outside in the snow in the driveway. The video was fast-forwarded and showed a woman getting into a blue vehicle. 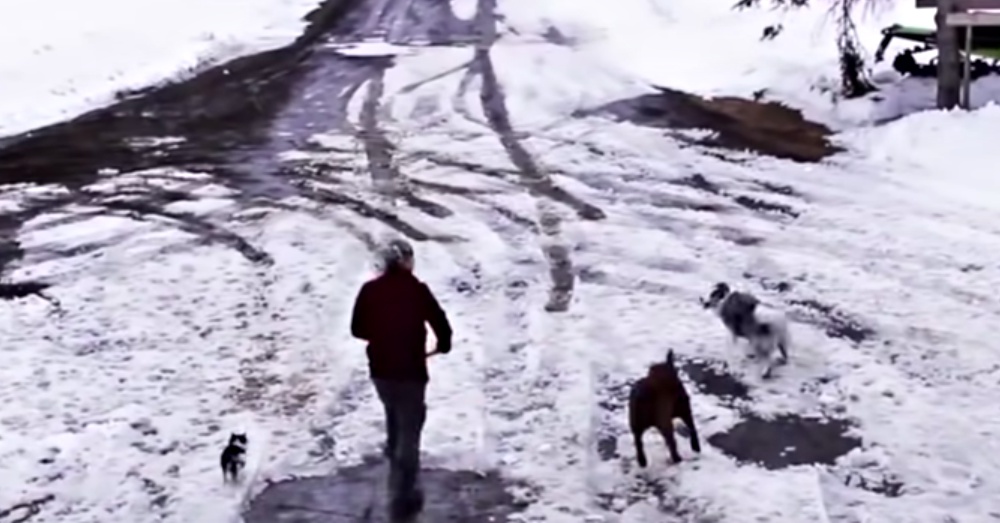 In the next shot, the tiny chihuahua was attempting to make his way across the snow covered driveway. However, the woman started to back up – not noticing the dog. She was heading straight towards the little dog. Thankfully, the border collie dashed in and picked up the puppy in his mouth – saving his life. 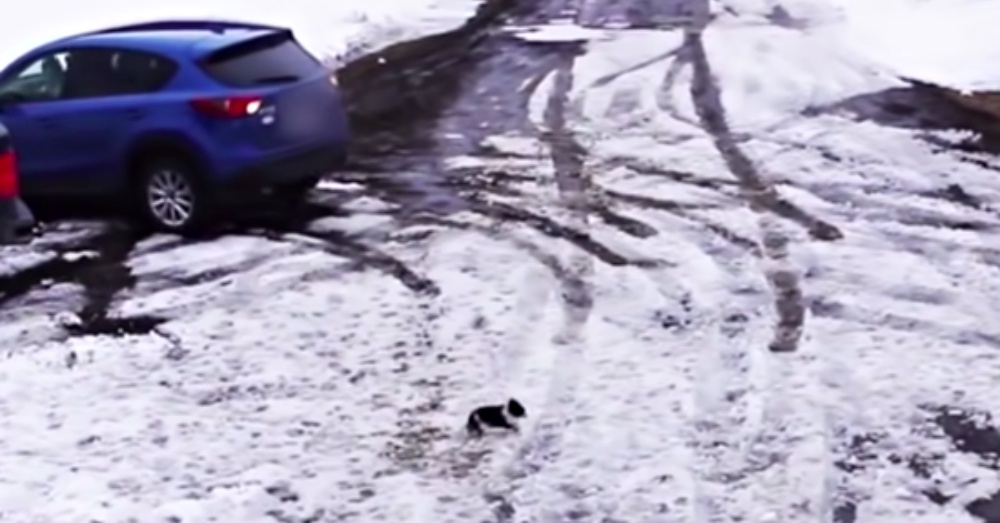 The woman continued to back up and then started to proceed down the driveway when she noticed something in her rearview mirror. She said, “I saw something in my mirror. First I thought I had crushed my dog.” 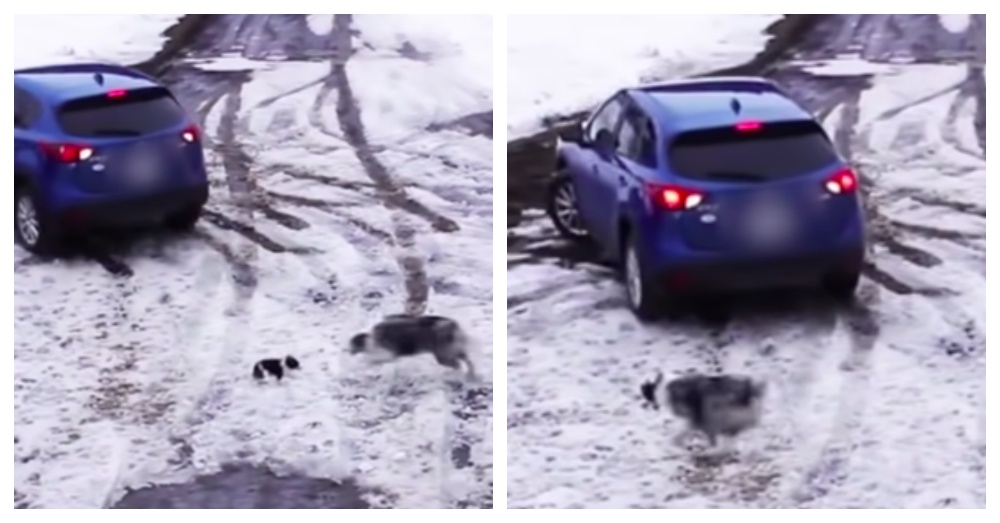 She was overjoyed when she returned to her driveway and saw both of the dogs unharmed. Immediately she hugged them and praised the border collie for his life-saving rescue. 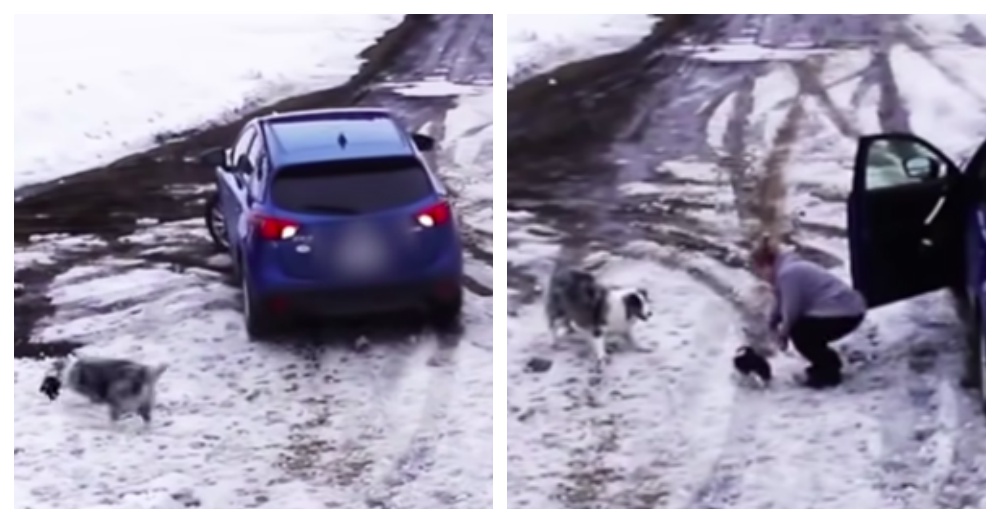 The rescue video has gone viral. While the names of the dogs were not given, the border collie is now being called a hero. This is a lesson to all to check for animals around your vehicle before moving.

Watch the incredible rescue in the video below.