Rescuing abandoned and stray dogs can be a challenge. Most of the time the dogs are nervous around strangers. Without knowing the dog’s past, they may have been mistreated and as a result no longer trust humans. However, sometimes the dogs are so excited to see a friendly face that they come running.

JoAnn Wiltz and Katie McKittrick from Hope For Paws received a call about an abandoned pit bull who had been living on the streets for a month. They headed out with a tasty burger in hand to rescue the dog. Once they arrived they were shocked when the dog came walking right up to them with her tail wagging. 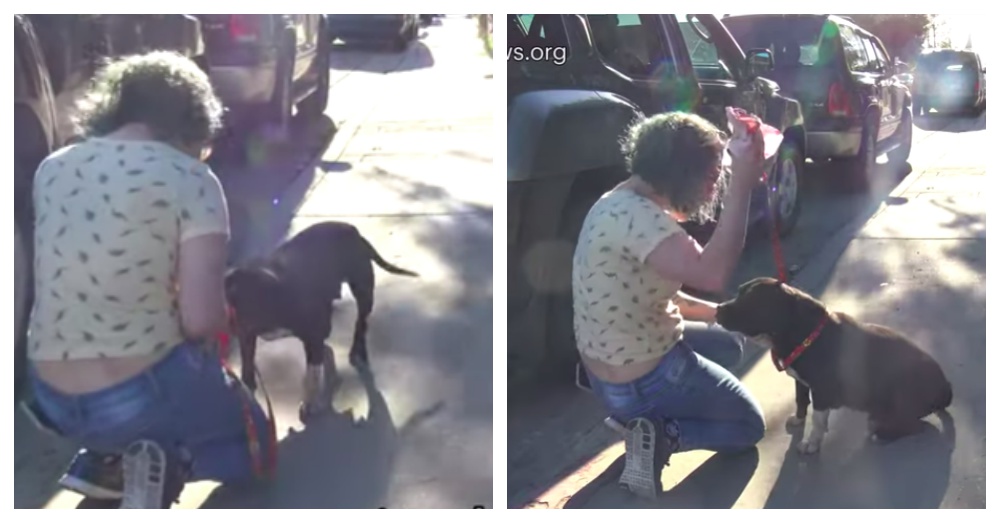 Neighbors in the area were providing food and water for the sweet girl, which may have helped her trust humans again.

Rescuers named the sweet girl Colette and slipped a leash around her neck. She happily walked, but more like ran, with them back to their vehicle and even allowed one of the rescuers to lift her into the backseat. They brought her back to an animal hospital for a warm bath and to be examined by a vet. 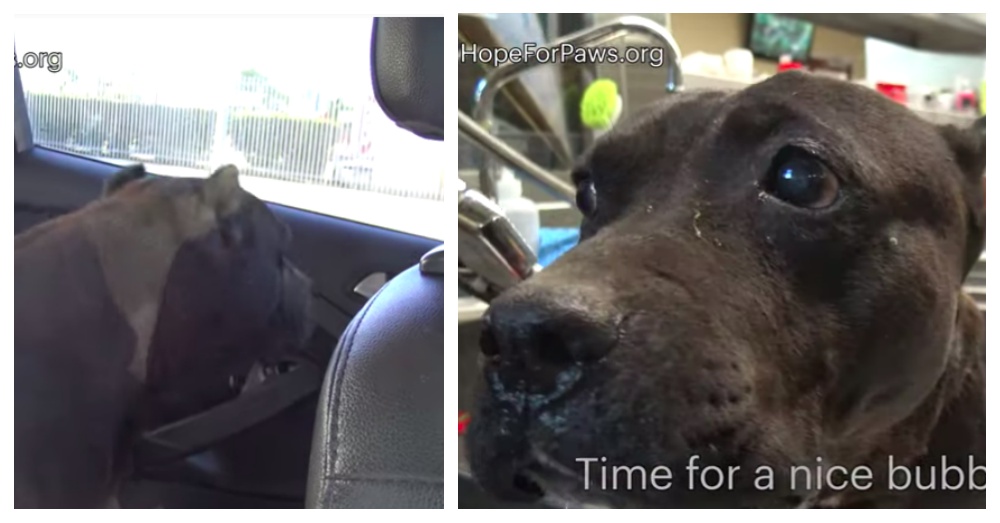 The vet treated her for a tick-borne disease and found multiple masses that needed to be removed. “She also needed to have one of her toes removed due to a mass, and a few more massed that were caused as a result of breeding,” wrote the rescue. 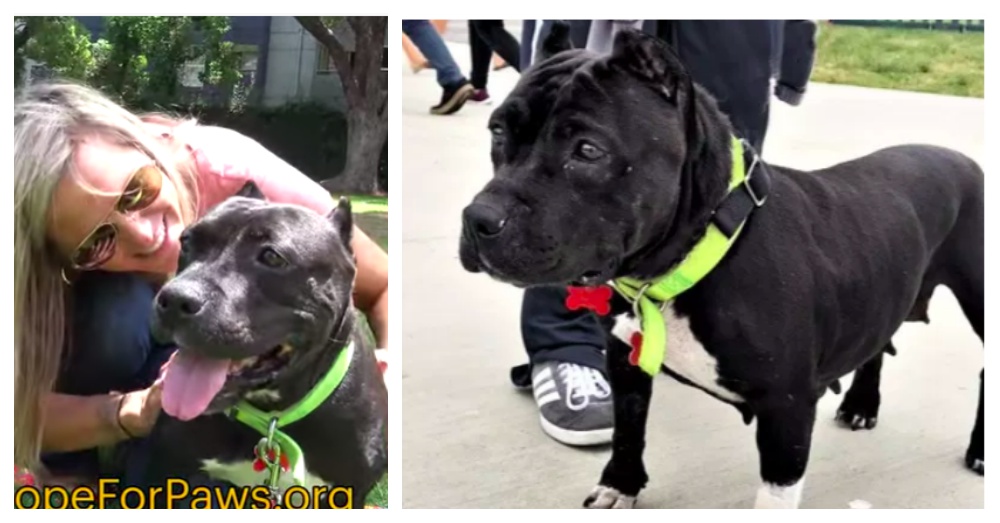 Colette is a happy and healthy girl that is looking for her forever home. Doggie Bonez took her in as a foster until a loving family comes along. They decribe her as an 8-year-old mini Staffordshire Terrier. “She’s calm, quiet, submissive, and potty trained.” If you are interested in adopting her, you can contact the rescue.