The Cold War is long over, but many of us still remember. Our latest reminder: A cabal of concrete cats.

A former SF-O9C Nike Missile Radar Data Acquisition site in Wildcat Canyon Regional Park in El Cerrito, California has been decorated with stone cats. The identity of the artist is yet unknown, nor is the time and date which the cats may have been placed there; ironic for a location where round-the-clock surveillance once took place.

The cats weigh much less than the one-ton anti-aircraft missiles that preceded them, but they are also much easier to approach. 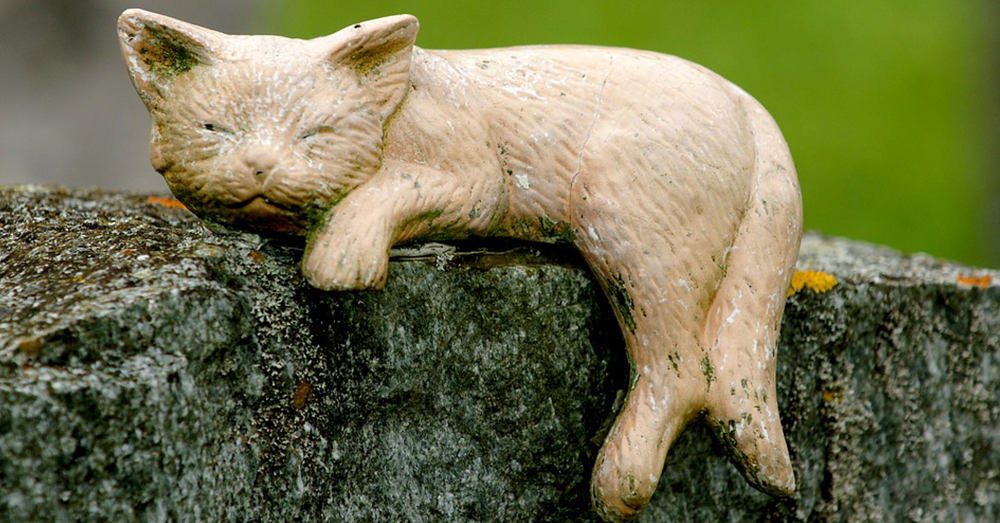 According to Atlas Obscura, the cats sit just a mile north of site SF-09C. A concrete pad is almost all that remains of where two dozen “Nike-Ajax supersonic anti-aircraft guided missiles, and fuel them for launch” were once stationed. 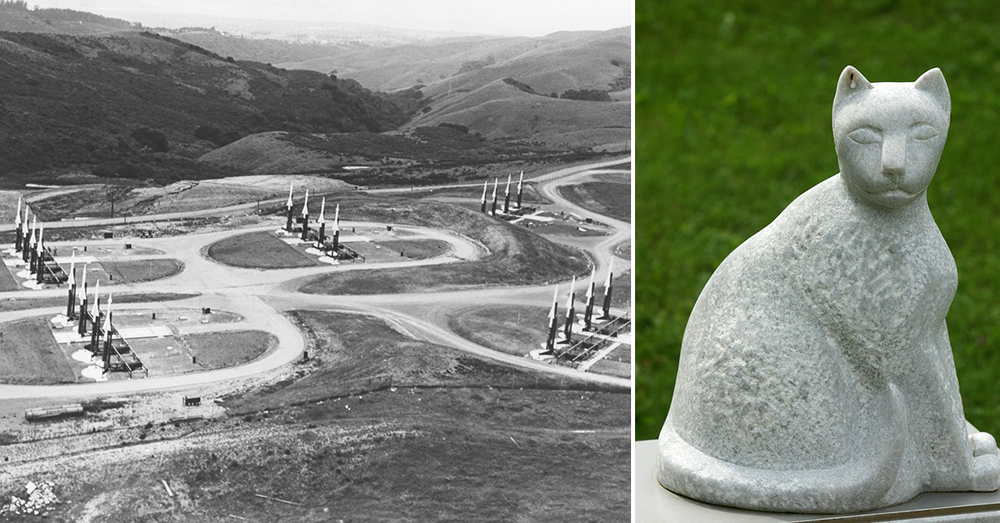 Around the missiles and fuel storage buildings where liquid propellant, acid, gas and oil were kept, housing developments for military families, a gas station, drain field, water tanks, and administration buildings were eventually demolished. All signs of military presence on the 135 acre site northeast of San Francisco were practically erased from existence. 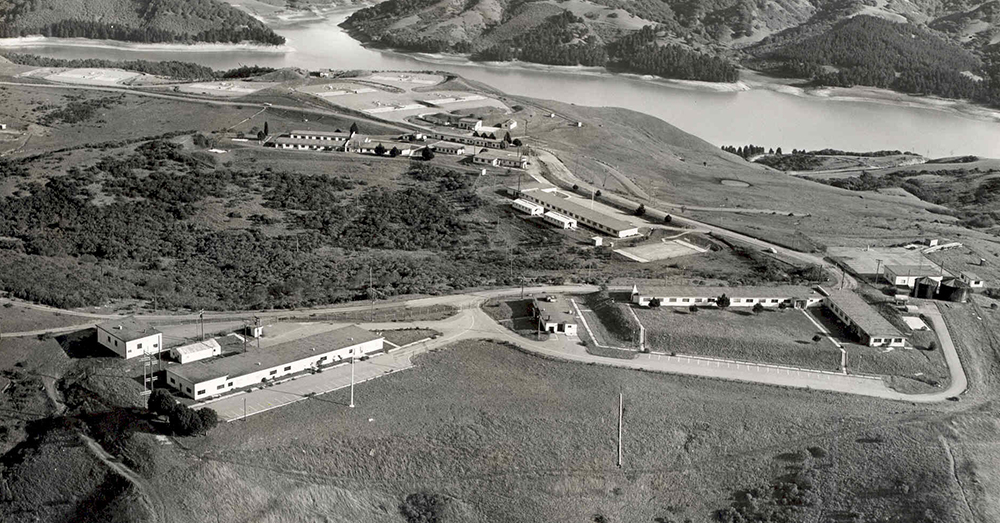 Source: California Military Dept.
The Nike missiles, family housing, and infrastructure have since been destroyed.

As reported by the Military Museum, the San Francisco Defense Area Nike Batteries 08-09 were declared obsolete on March 26, 1971.

Today, the stone cats can be found by way of a hike through the Wildcat Canyon Regional Park, but you’ll need to know where you are going. Atlas Obscura user. JAMESGAGE7, “Hike to the top of the ridge line using the East Mezue Trail until you reach the San Pablo Ridge Trail. Follow that trail east until you come to Fire Trail No. 3. Keep walking east along this trail until you reach the site. A word of warning: It will be windy!”