When Renee Becerra saw a stray cat outside her New York apartment in autumn, she wasn’t immediately concerned. There are plenty of strays in New York, and they are at no risk of dying from exposure during the cool fall nights.

The cat came and left several more times, and Becerra and her fiancé, Nathaniel Styer, named it “Chunk Chunk.”
After fall, however, winter is very hard on stray animals. Many of them don’t stand a chance when the temperatures drop below zero. 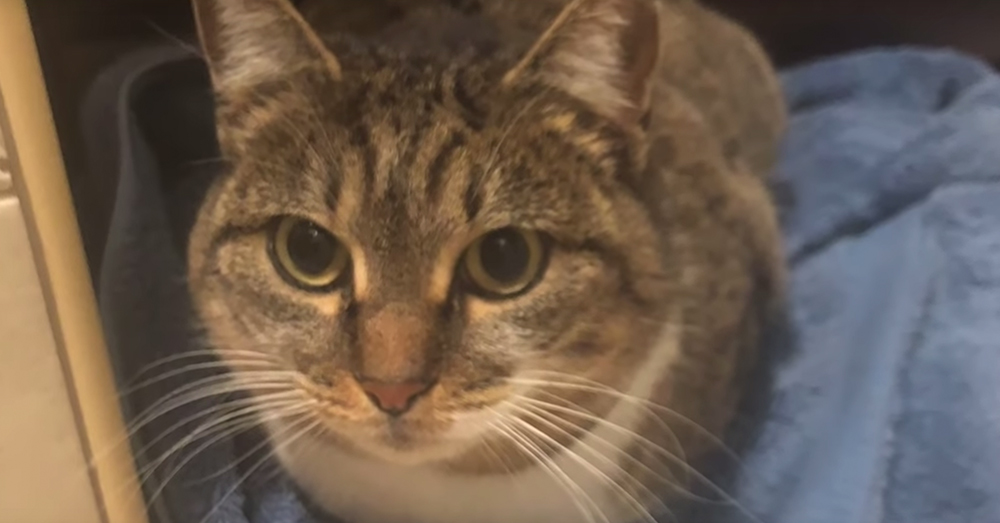 Source: YouTube/Love Meow
Chunk Chunk showed up one year and became friends with Renee Becerra and her fiancé, Nathaniel Styer.

When Chunk Chunk returned during a winter squall in 2017, however, Becerra and Slyer knew it must have been suffering.

“Obviously someone has helped her out before,” Styer told Love Meow, indicating Chunk Chunk’s ear had been clipped. “It was obvious that she was panicking and wanted out of it.”

Then they realized just why the cat was lingering around. Nearby, a litter of kittens mewed fro their mother to keep them warm and fed. 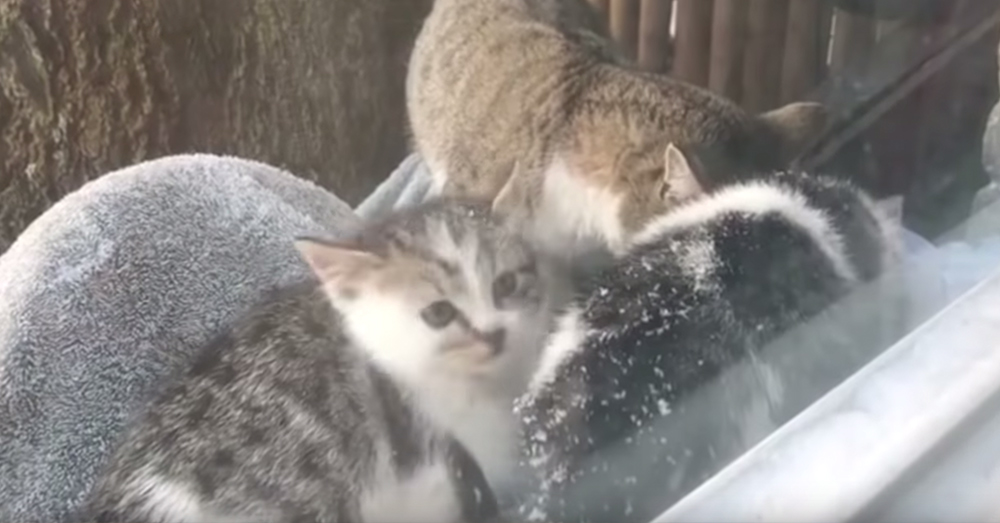 Source: YouTube/Love Meow
The first time she visited, Chunk Chunk was trying to keep her kittens safe from the snow.

Becerra knew she had to act fast. But, making matters difficult, chunk Chunk was also frightened, and would scurry away whenever Becerra neared her.

“It took a while to figure out what was the best thing to do for all of them since she was obviously around and providing them care, but it was bitterly cold outside,” Becerra said.

Seeing the cats needed a shelter from the cold, Becerra built them a little box with blankets and food. Soon after, her new feline friends took up residence. Sadly, they had been exposed to the cold for some time already, and one of the kittens died.

Soon after her remaining kittens were somewhere safe, Chunk Chunk ran off, too. 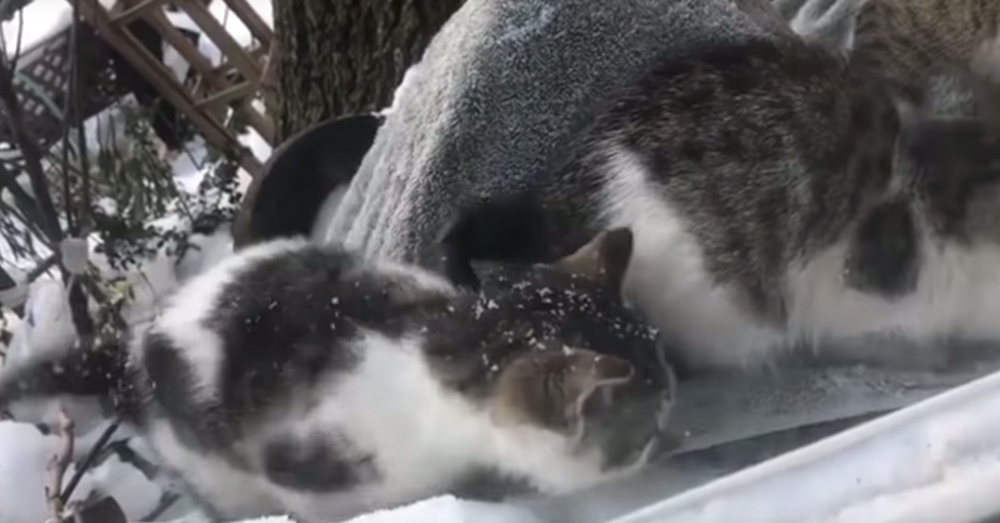 Source: YouTube/Love Meow
Chunk Chunk ran off after the couple rescued her kittens.

“The cat mom disappeared before we could trap her, but we were able to successfully capture the kittens,” Becerra said.

Becerra and Styer fostered the kittens for two months, Love Meow reports. After they were ready to be adopted out, the ASPCA helped the kittens find new forever homes.

A year later, winter storms struck again, and they brought an old friend with them.

Chunk Chunk returned to Becerra and Styer in the midst of the January 2019 polar vortex in North America.
“She immediately ran around the place and straight into a closed window. I got her into the bathroom, and she instantly calmed down. She is amazingly amenable to being held and just wants scratches and love,” Styer said. 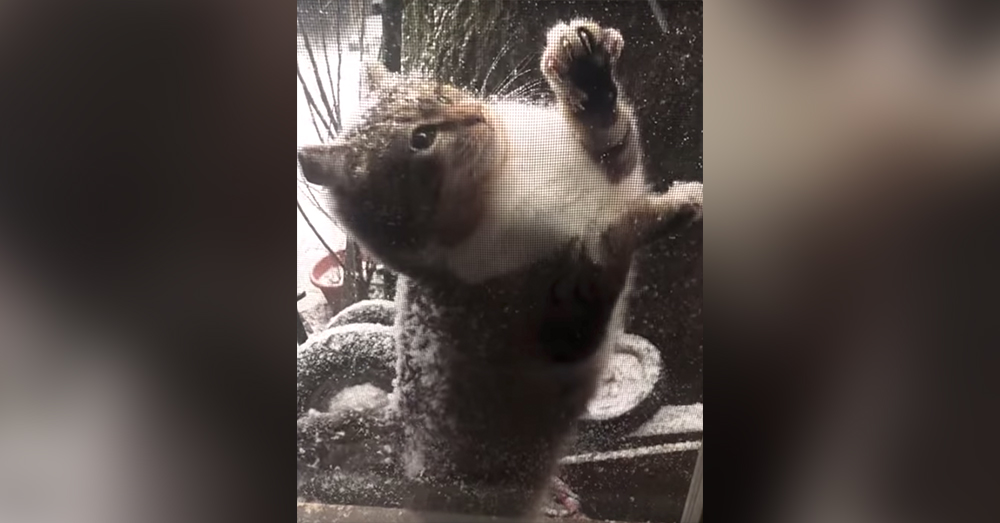 Source: YouTube/Love Meow
The mother cat returned during a bad snowstorm over a year later.

He texted Becerra, who was at work at the time.

“I was basically at work counting down the minutes to see how she was doing,” she said.

When Becerra got home, it was obvious Chunk Chunk remembered his old friend.

“She was hiding behind our toilet when I first saw her, but when I put my hand towards her she started purring immediately,” Becerra said. “We’ve had regular cuddle time, and she seems happy to just curl into my lap and receive all the pets that she can get. She’s explored our apartment a little, but we’re taking that slowly so as not to overwhelm her.”

If Chunk Chunk manages to stick around this year, and plays nice with the couple’s dog Hugo, she may have finally found her forever home.

“I’ve taken to calling her ‘lovebug’ because she is so sweet,” Becerra said. “She’s a quiet little thing but she’ll mew very softly when she wants attention. She’s a major cuddler and just loves all the pets I can give her.”