The first thing Albuquerque high school student Cody Anderson did when he got his pilot’s license was save as many lives as possible. The SAMS Academy Aviation graduate has been helping rescue and fly animals all over New Mexico, saving them from being euthanized.

As many animal shelters have been closed or operating with limited staff during the COVID pandemic, rescue pets are at a higher risk of being euthanized due to overcrowding in the shelters that are still open.

Anderson is excited about putting his talents to good use, though he admits, any excuse to fly is a worthwhile experience. 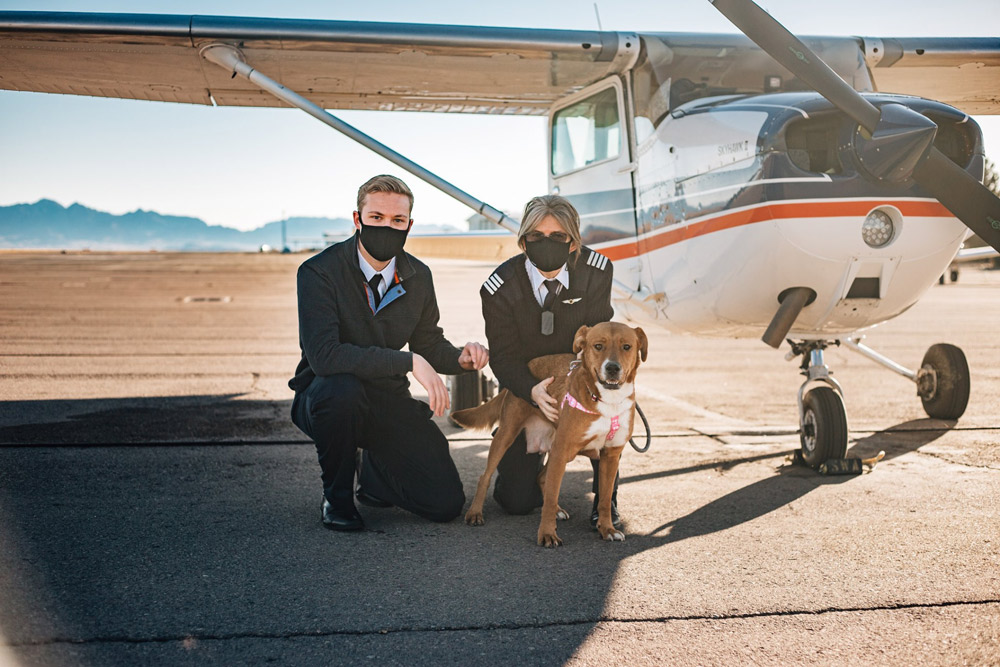 “I would love to fly anyway I could,” Anderson told KRQE. “It’s a great opportunity in general, because, I need the flight time because I’m training on my instrument and commercial.”

The 17-year-old has been working with Barkhouse, a New Mexico-based non-profit that offers spay and neuter services, vaccination and microchipping alongside transport missions to relocate at-risk rescue pets to loving forever home. 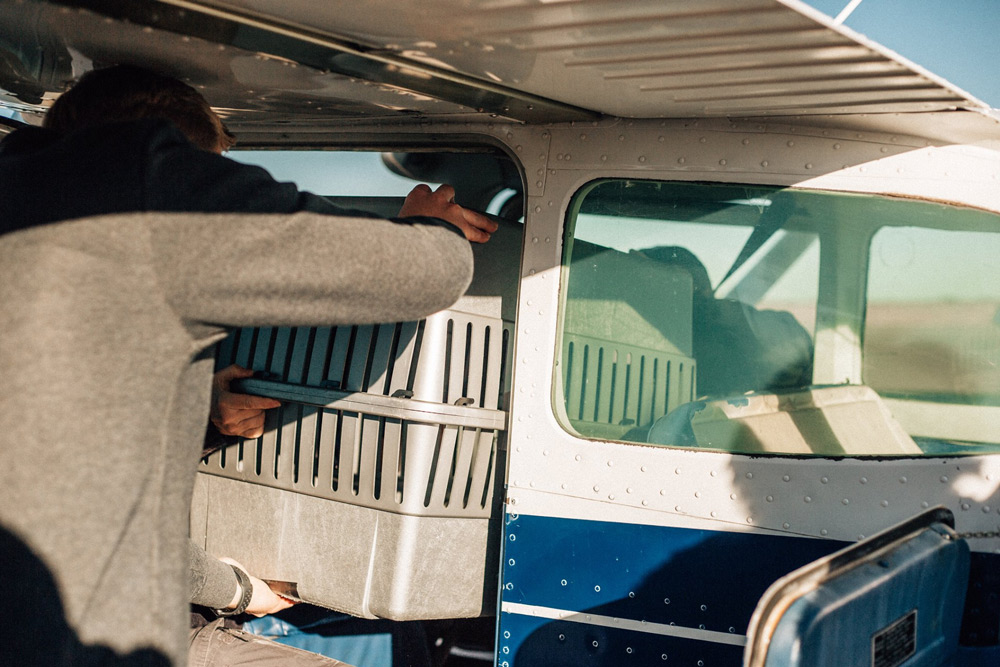 Source: Facebook/Jami Seymore
Shelters have been crowded with animals during the COVID pandemic.

“In our region, we have a major pet overpopulation issue,” Koko Dean, Executive Director of Barkhouse told KRQE. “What that means is when they go to the shelter, any animal that goes there is at risk of being possible [sic] euthanized just due to lack of space.”

Barkhouse initially put out a call for help when their usual pilot ran into engine trouble. Anderson has been helpful enough to prompt the rescue to set a new policy. Now, Barkhouse is working with other SAMS graduates, giving them an opportunity to log miles behind the stick, and saving animals’ lives in the process. 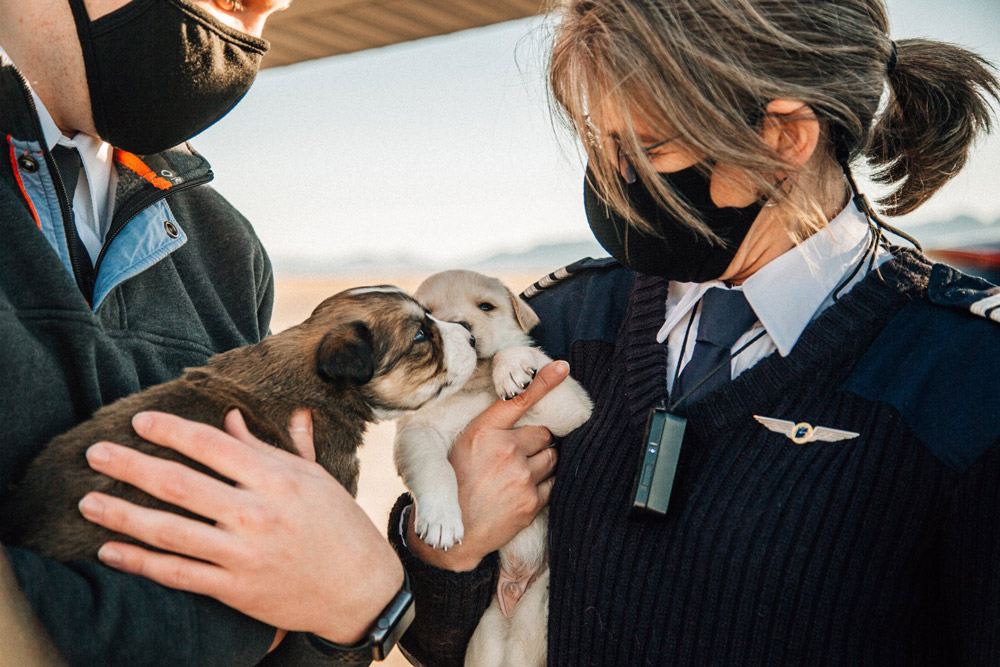 “We realized we have this perfect opportunity where we have students who need cross-country flight time,” said Lauren Chavez, Chief Flight Instructor at SAMS Academy Aviation. “They have dogs that need to be transported from one city in New Mexico to another.”

So far, Anderson has transported 22 puppies and two mother dogs from Las Cruces, New Mexico, to Albuquerque, where they were transferred to another plane which flew them to Aurora, Colorado.

“It was amazing to think I could change the lives of 22 other families just in one flight,” Anderson said. “I need the flight time and it’s great to help something else out by transporting these dogs to new families.” 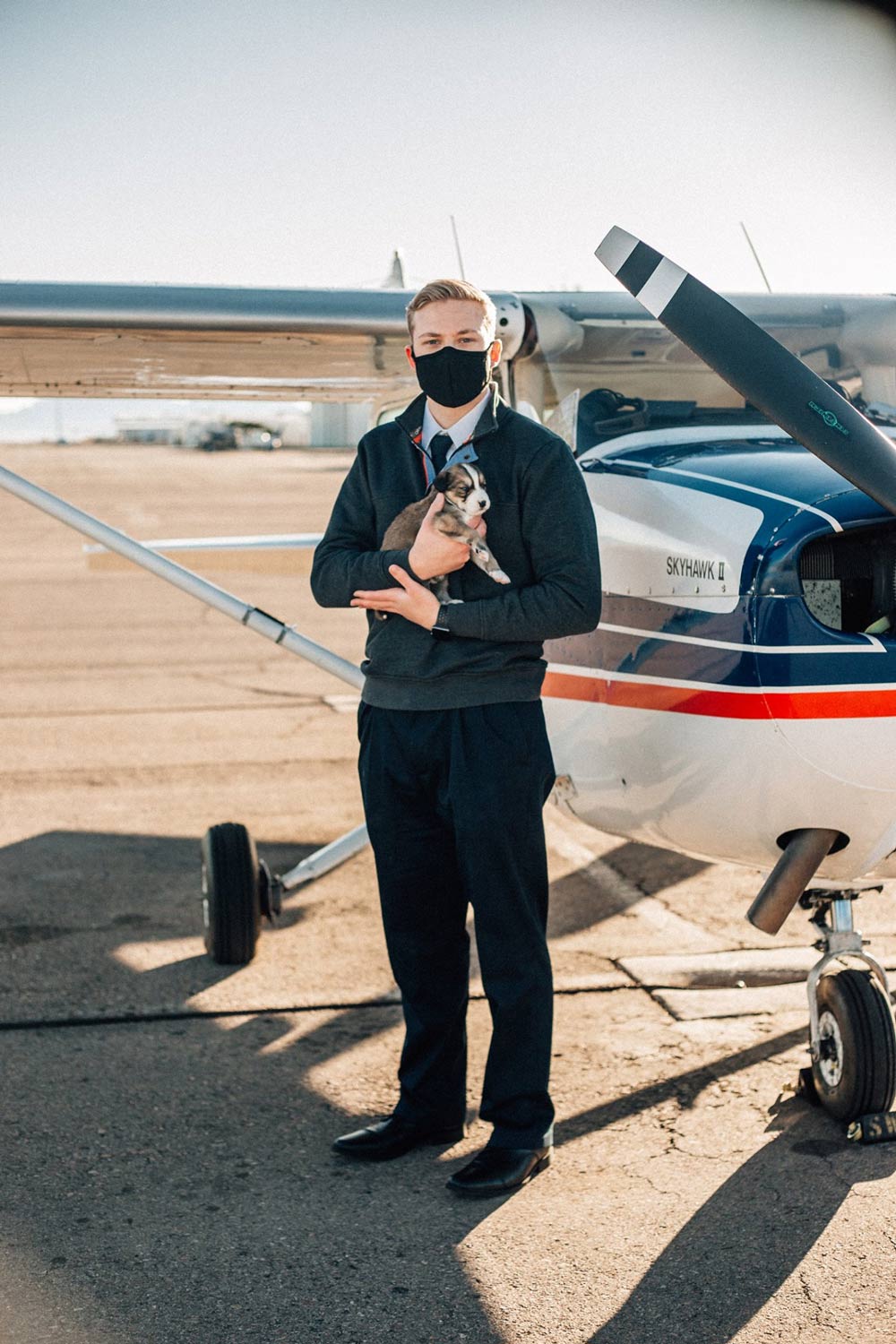 Barkhouse is hoping Anderson’s efforts encourage other pilots to donate their time, too. By Dean’s estimate there are enough pets in need of transportation that they could load up a plane at least once a week.

Veteran Reunites With Dog He Found Near An Airstrip In Iraq: Click “Next” below!