This talented Cockapoo has been learning to play Connect Four with his owner, Sarah Shapiro-Ward, and from the looks of this video, he’s got a knack for the game.

“Go choose your piece,” Shapiro-Ward can be heard telling her dog as the video begins.

Percy follows the command by picking up a yellow disc and dropping it in the center slot.

Percy kept his human on her toes throughout the game, though he sometimes forgot it was his turn. Whenever Shapiro-Ward would make a play, Percy was quick to block her attempts to line up 4 in a row.

At one point, he even grabbed three of the discs at once, likely hoping for some sort of secret finishing move.
“Oh! you picked up three,” Shapiro-Ward playfully scolds. “That is definitely cheating.”

Unfortunately for Percy, only one of the discs found its way into a slot.

Before long, the endgame was in sight. And Percy had the edge. The Cockapoo bested his human by stacking four discs in a vertical line.
“Oh, good job,” his proud owner said while congratulating the canine. “Nice win!” 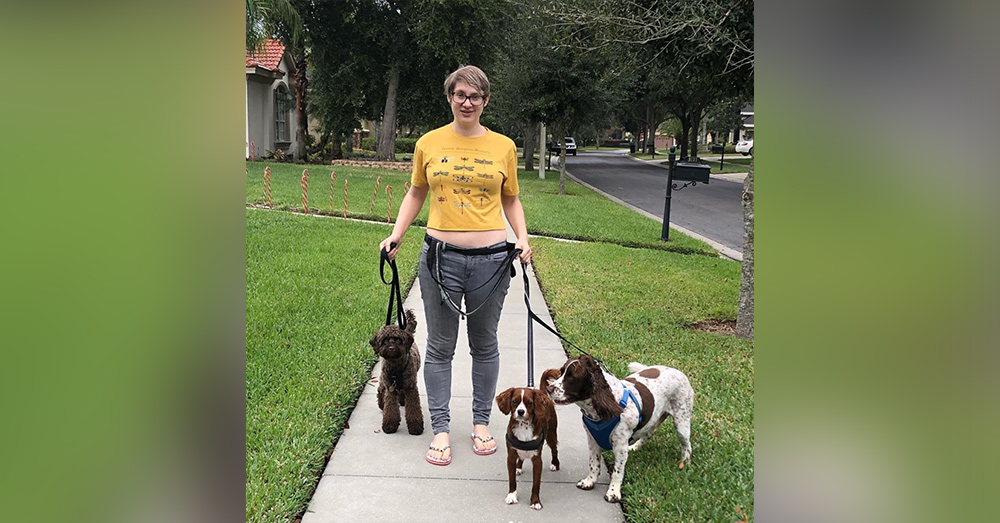 Source: Instagram/prancing_percy
Sarah Shapiro-Ward is a dog trainer in Toronto.

Shapiro Ward works as an instructor at instructor at the When Hounds Fly Positive Dog Training in Toronto. She admits, though Percy may not understand what happens to the pieces once they slide into the slots, he enjoys the activity. 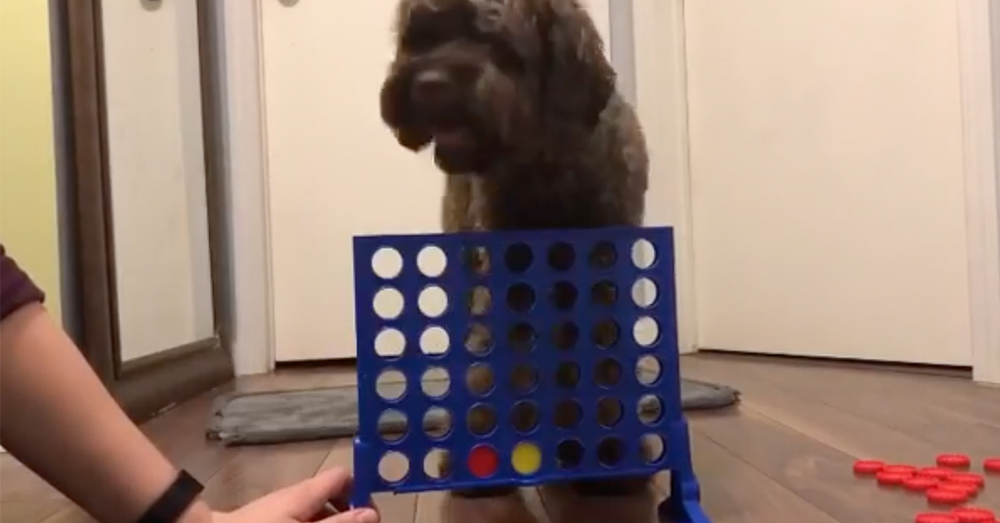 “Once the token has gone in, he doesn’t know it’s there anymore,” she told the New York Post. “But he likes to play, so I cheer him on.”

See the thrilling climax to this game of Connect Four in the video below!