Search and rescue counts among the coast guard’s key responsibilities, but usually officers are charged with plucking stranded people from the waters.

That all changed when a Tampa-based patrol was notified about a four-legged swimmer who looked like she could use a little help. “While our crew was out underway for a night patrol, we received a call for a dog in distress swimming off Fort Myers Beach/Bowditch Point,” Coast Guard Station Fort Myers Beach wrote on their Facebook page. 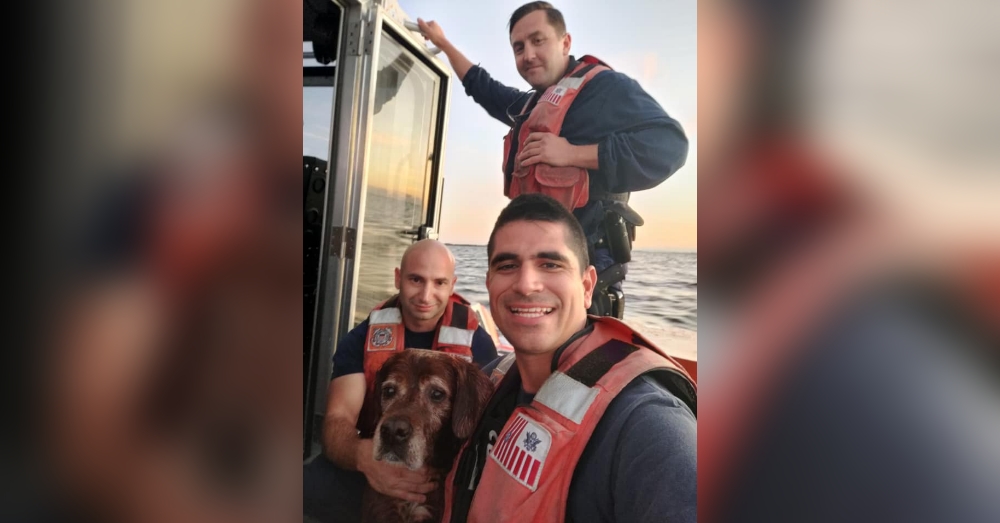 Rescuers pulled up alongside the swimmer, who was doggedly paddling towards the distant beach. “Come ‘ere, pup…. Let’s go, buddy!” the crew called, trying to get the dog’s attention, before finally pulling her aboard. The dog promptly gives one of her rescuers a big doggie kiss.

“Thanks to the crew’s expertise in intercepting non-compliant vessels (NCV) and recovering a person in the water (PIW), our ‘star’ of the night was safely recovered and returned to her owner!” the crew wrote. 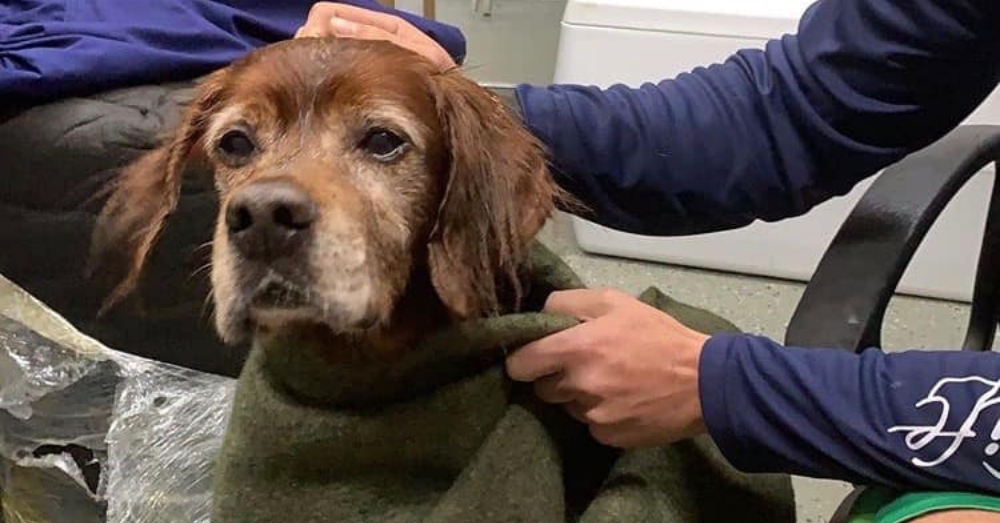 But while the community was quick to applaud the crew’s heroic efforts, some people thought they recognized the four-legged swimmer. “That owner is completely irresponsible. This dog has been rescued before by beachgoers,” one user wrote.

“Omg this is the same dog that we saw on Fort Myers that somebody rescued two weeks ago from the water and were trying to find owners,” another person agreed. “Please tell me this didn’t happen again.”

Others argued that readers shouldn’t jump to conclusions. “He looks like a fairly old dog maybe he doesn’t realize what he’s doing, if it’s the same dog people are talking about being rescued before,” this person countered. “People are awfully quick to blame the owners. I certainly hope they wouldn’t be so cruel to try and get rid of him that way.”

We hope the Coast Guard will exercise good judgement in determining whether or not this dog should be returned to her owner. Regardless, the Tampa Bay crew clearly reveled in this opportunity to help an animal in need. “You’re the best person I’ve ever rescued,” one crew member tells the dog in her rescue video, which you can watch below.