It wasn’t long ago that a Coast Guard crew who were stationed off the Florida coast were called to rescue a dog who’d gone overboard.

The U.S. Coast Guard Station Fort Myers Beach crew were conducting a training session offshore during a night patrol when they received “a call of a pup in distress,” as reported by the Coast Guard’s Twitter account. From there, several crew members jumped into action in order to locate the dog. 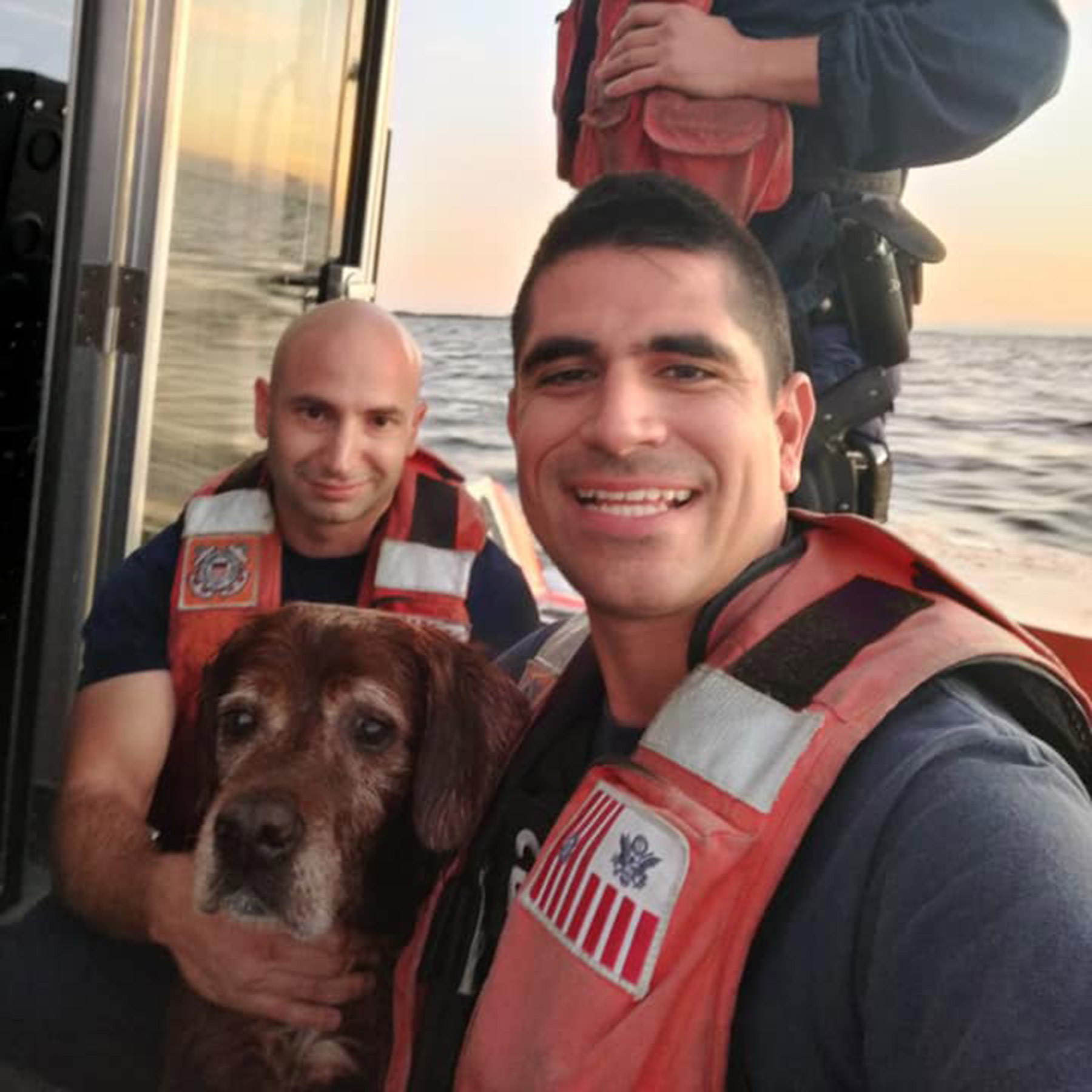 The U.S. Coast Guard shared a video to their social media, showing the dog paddling in the water as the rescuers make their way to the dog by boat.

After steering closer in order to intercept the dog, two crew members were able to lift him out from the water to safety.

“How are you doing, buddy?” one man asks the dog. “You’re the best person I’ve ever rescued.”

What could’ve been a ruff day for this pooch turned out to be quite the tail!

A crew from Station Ft. Myers Beach was out training when they received a call of a pup in distress. They pulled him out of the water and returned him to shore where he was reunited with his family. pic.twitter.com/cmSwGUFt5L

The rescue crew took a selfie with the dog before they all returned to shore.

“What a Day! There is a first for everything,” U.S. Coast Guard Station Fort Myers Beach wrote on Facebook. “Thanks to the crew’s expertise in intercepting non-compliant vessels (NCV) and recovering a person in the water (PIW), our ‘star’ of the night was safely recovered and returned to her owner!”

This isn’t the first rescue of its kind. Back in April, workers out on an oil rig in the Gulf of Thailand rescued a stranded dog who was swimming 136 miles off shore. The workers managed to rescue the animal by lowering a rope into the water in order to pull it to the safety of their platform.