She Sees A Dog Living Near A Busy Freeway, Then She Approaches Her And Changes Her Life Forever

This stray Pit bull was living near the busy Santa Monica Freeway in Los Angeles, California. Sharra Platt, a volunteer at Karma Rescue, began seeing the lonely pup whenever she took the Crenshaw Boulevard exit on the busy freeway.

She would see her lying on piles of clothes and sometimes had people nearby. It turns out she was living in a homeless camp. Platt assumed the people had been taking care of her, but she still wanted to stop there to check her out. 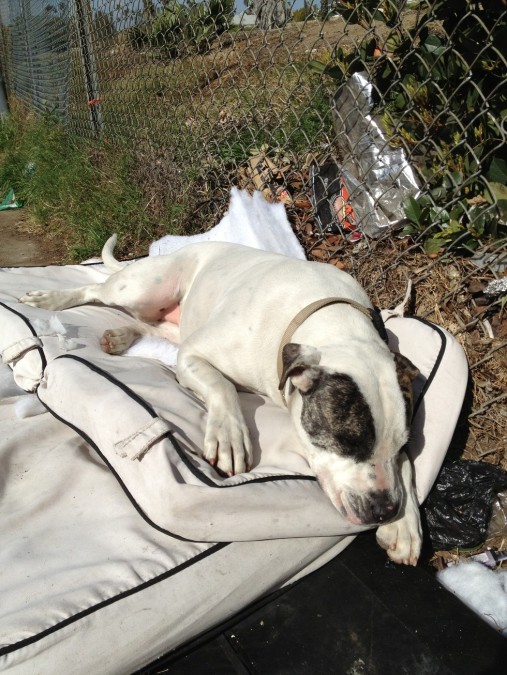 Platt went to the camp and introduced herself. The Pit bull, who she learned was named Clarissa, didn’t seem to look unhealthy, but she noticed she didn’t have food or water out. Every few days, Platt would go back to bring her fresh food and water and to give her love.

But then things changed, and eventually it was for the better. The homeless people wound up leaving to a different part of the city and said they’d take Clarissa with them, but they wound up leaving her there alone for three days without food or water. Platt saw, immediately called her local rescue and then put Clarissa in her car. 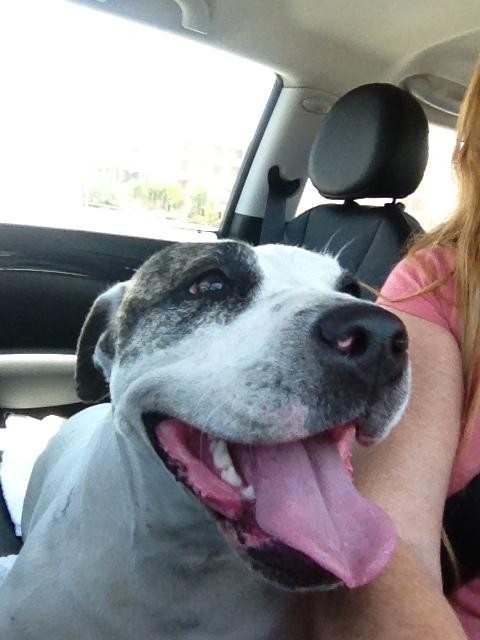 Although she looked happy as can be, Clarissa developed anxiety and would scream when she saw another dog. So Karma Rescue took her to be trained at K9’s Only, a training facility in L.A., where the anxious pup learned social and basic skills. C

larissa went from being afraid of other dogs, to finding a friend! She began getting along well with another dog there named Penny, who looked just like her. Penny’s family loved Clarissa so much that they wound up adopting her! 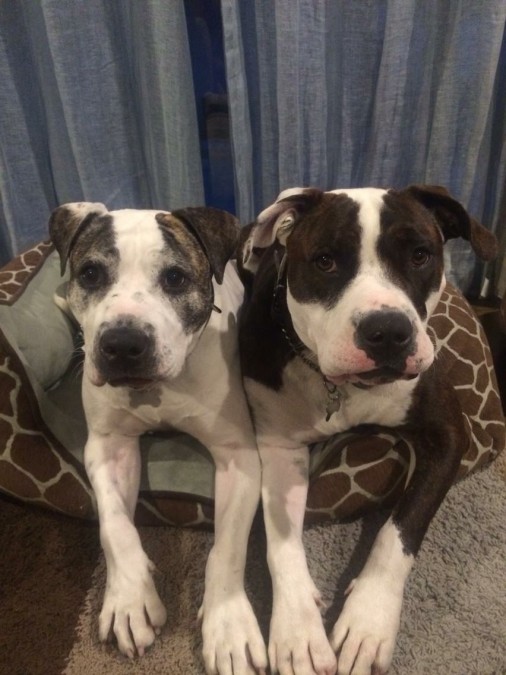 Platt still goes to their house to visit Clarissa all the time, and Clarissa hasn’t forgotten about her rescuer. Watch her in the video below as she happily greets Platt. She is so precious! If it weren’t for Platt, Clarissa would never have gotten this amazing second chance. I’m so thankful that Platt and Karma Rescue saved this Pit from the dangerous, busy freeway!